South Sydney have ramped up their pursuit of teen talent, signing two standout 17-year-olds to three-year NRL contracts before rugby union could get under their guard.

While the Rabbitohs wait for young gun Joseph Suaalii to formally commit, the club has signed Terrell Kalokalo and Davvy Moale on deals that will result in them earning $200,000 each in the third and final year of their deals. Kalokalo and Moale played alongside Suaalii at SG Ball level and are considered among the best of the bunch at their age level. 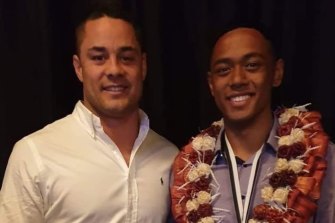 All three attend GPS schools, where they also excel in rugby union, and attracted interest from the 15-man game. Kalokalo, currently at Scots College, is an outside back who has been likened to Parramatta centre Michael Jennings. Several good judges felt he was almost as good as Suaalii as they came through the grades and the Roosters attempted to sign him several years ago. The Harold Matthews team-of-the-year representative attended an elite rugby camp on the Gold Coast last year, but chose to remain loyal to the ‘Pride of the League’.

Moale is a promising prop who has been compared to Payne Haas. Capable of playing 80 minutes, the Waverley College student has also made all the representative teams as he climbed through the grades

Souths officials are also keen to tie down two other promising teens in their system who are yet to commit long term. Half Emmanuel Di Bartolo and outside back Luca Ace-Nasteski, both 17, are signing priorities at Redfern. Ace-Nasteski is the son of art dealer Steve Nasteski, who is advising Suaalii as he mulls over whether to commit to league or union.

At 202 centimetres, Ace-Nasteski could be one of the tallest players in the NRL should he make the grade. However, he is also an outstanding basketballer and has attracted interest from American colleges.

Under NRL rules, players are prohibited from making their first-grade debut until they are 18. However, ARL Commission chairman Peter V’landys has indicated the age limit could be relaxed to ensure Suaalii isn’t lost to league.

Any change could also benefit Kalokalo, Moale, Ace-Nasteski and Di Bartolo, although the quartet’s focus is likely to be on finishing school - they will be in year 12 next year - before turning their attention to potential NRL debuts.

Suaalii only turned 17 on August 1 and there was an expectation he could sign with Souths that day. However, the club has given him space to make a decision.

The Rabbitohs’ pursuit of teen talent will raise more questions about the appropriateness of signing players at such a young age, given the pressure and expectation that comes with rich contracts while still in their teens. 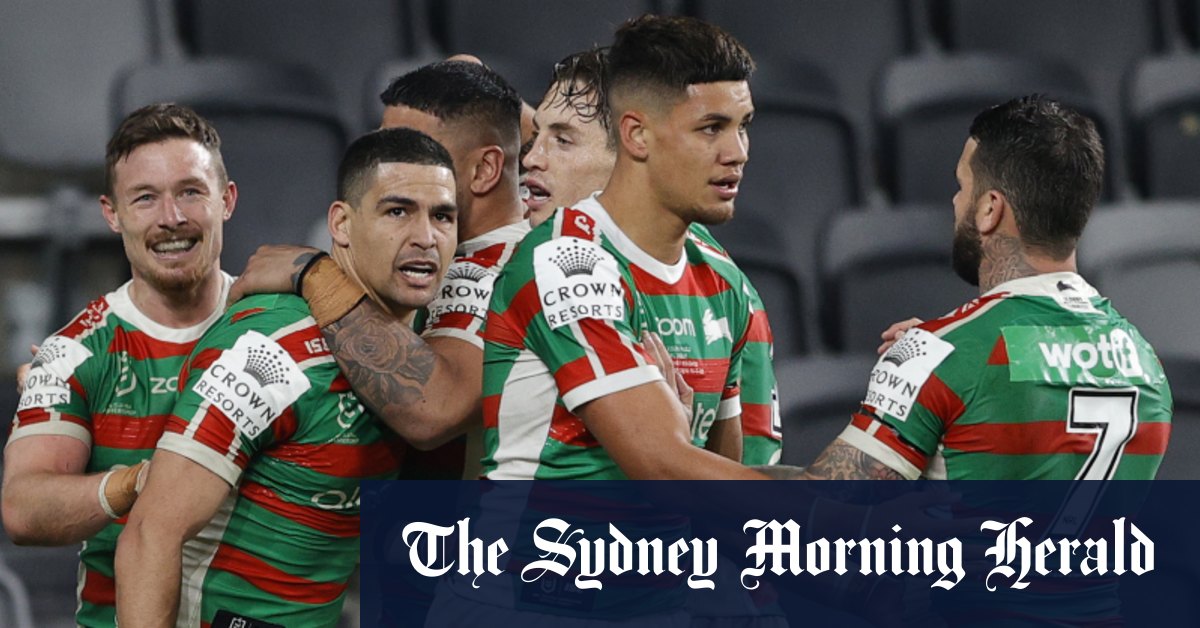 The Rabbitohs haven't waited for Joseph Suaalii to commit before signing two of his 17-year-old teammates to lucrative NRL contracts.

Quite happy to get these Union lads as Union players especially the backs generally have real good hands. Unfortunately, it does put a dent in Union’s production line however to lose such quality.
Love to have a Souths player called “Ace”.

So we re-sign Young players who are in the system and that is a news story? I’m pretty confident the other 15 clubs resign juniors in a very similar manner. After all that is the entire point of junior pathways.

And your point is?

Would you prefer to not hear about it?
Would you prefer no articles like this?
You’d whinge like a lot of people here when things happen and it’s “nobody told me, wish the club would tell us more”

So, yes it’s news, be glad you get some

I think it is a message to young Joseph that we are signing his mates and he won’t be alone.

I think he might be referring to the last paragraph,

“The Rabbitohs’ pursuit of teen talent will raise more questions about the appropriateness of signing players at such a young age, given the pressure and expectation that comes with rich contracts while still in their teens.”

It’s a ridiculous statement and appears to be criticizing the club for doing what every good club should be doing.

Wow the next Michael Jennings & the next Payne Haas to accompany the next Greg Inglis, all in our system.
The bloke that wrote wrote this could just be the next Ray Chesterton.

Couldn’t care less who we sign,just don’t leave it as long again to win another premiership.
I’ll be dead!!!

We’ll win at least 1 Premiership this decade if things go to plan.

Whilst the Roosters win another 2-3, the Storm 2-3 not to mention Parra, Raiders and Penrith. We should aim higher than one premiership.

We have a whole swathe of young 20 yr olds who won the jersey Flegg last year, there must be a few there that are ready to shine, let’s hope

Unfortunately, it does put a dent in Union’s production line however to lose such quality.

You’re worried about it affecting Union? Really? Union is so pathetic it is lucky to qualify as a sport.

Of course its a sport and when it’s played well I like it.
Beats the living hell out of sync swimming and womens football!

Have seen a bit of Kalo Kalo, but not so much of Davvy.

If I’m not mistaken, he played a bit of lock in Harold Matts last season,so has the size as well. And agree, in the game I watched,he did stand out (alongside Suaallii).

Can’t comment much on the others but Davvy is a tank from what I’ve seen. Really good prospect.

I find the article a bit strange though…makes me wonder if it’s a smother for some bad news coming like Suaalii heading elsewhere.

Davvy is the best front rower in reps i have seen.