It was the mother of all falling-outs two years ago when the Broncos told Wayne Bennett his services were no longer needed. But now the club has revealed the prospect of a third stint at Red Hill for the master coach is on the table.

NRL: He’s the current interim coach for the Broncos but Peter Gentle has no interest in putting his hand up to be the next full-time head coach.

Brisbane chairman Karl Morris has opened the door for Wayne Bennett to make a triumphant return to the Broncos – two years after the pair fell out during Red Hill‘s bitter civil war.

The Courier-Mail can reveal the prospect of a third Bennett reign at Brisbane is on the table with Morris saying the Broncos board will consider an application for the 70-year-old to return as a coaching director.

As revealed by The Courier-Mail a fortnight ago, Bennett has not ruled out a comeback to the Broncos, with the super coach open to the notion of taking on an overseer’s role to head up Brisbane’s football program next season.

Broncos super coach Wayne Bennett is open to the idea of returning to Red Hill for a third stint following the departure of Anthony Seibold.1024×576

Broncos super coach Wayne Bennett is open to the idea of returning to Red Hill for a third stint following the departure of Anthony Seibold.

There was a sentiment Bennett had burned his bridges with Broncos bosses for life following the toxic upheaval that led to his sacking in 2018 as part of a coaching swap with Anthony Seibold.

But as the Broncos launch a search for Seibold‘s successor, Morris revealed he has no lingering bad blood with Bennett and would not oppose the return of the foundation coach who delivered all six of Brisbane’s premierships.

“If the board decided they wanted Wayne back, it would be considered,” Morris said.

“Look, if there was a serious proposal put forward for Wayne Bennett to come back to the Broncos, I will put it to the board.

Broncos chairman Karl Morris says the Brisbane board will consider any application for Wayne Bennett to return to the club. Picture: Annette Dew1024×576

Broncos chairman Karl Morris says the Brisbane board will consider any application for Wayne Bennett to return to the club. Picture: Annette Dew

“At the end of the day, I don’t hold grudges.

“My job as chairman is to do the best thing by the Broncos first and foremost. The board is there to provide governance on what is in the best interests of the Broncos and we view matters through that lens.

“For me personalities are taken out. It‘s what’s in the best interests of the club moving forward.”

Bennett is off-contract at Souths coach at the end of next year, but the Rabbitohs would not stand in the way of the veteran mentor leaving 12 months earlier if he could secure longer-term employment elsewhere.

Ironically, it was Morris who offered Bennett a high-powered role at the Broncos in July 2018 before negotiations turned sour.

In a personal letter to Bennett, Morris outlined his plan for an “elegant transition” from coaching to administration and the chairman even offered for the seven-time premiership winner to define any new job. 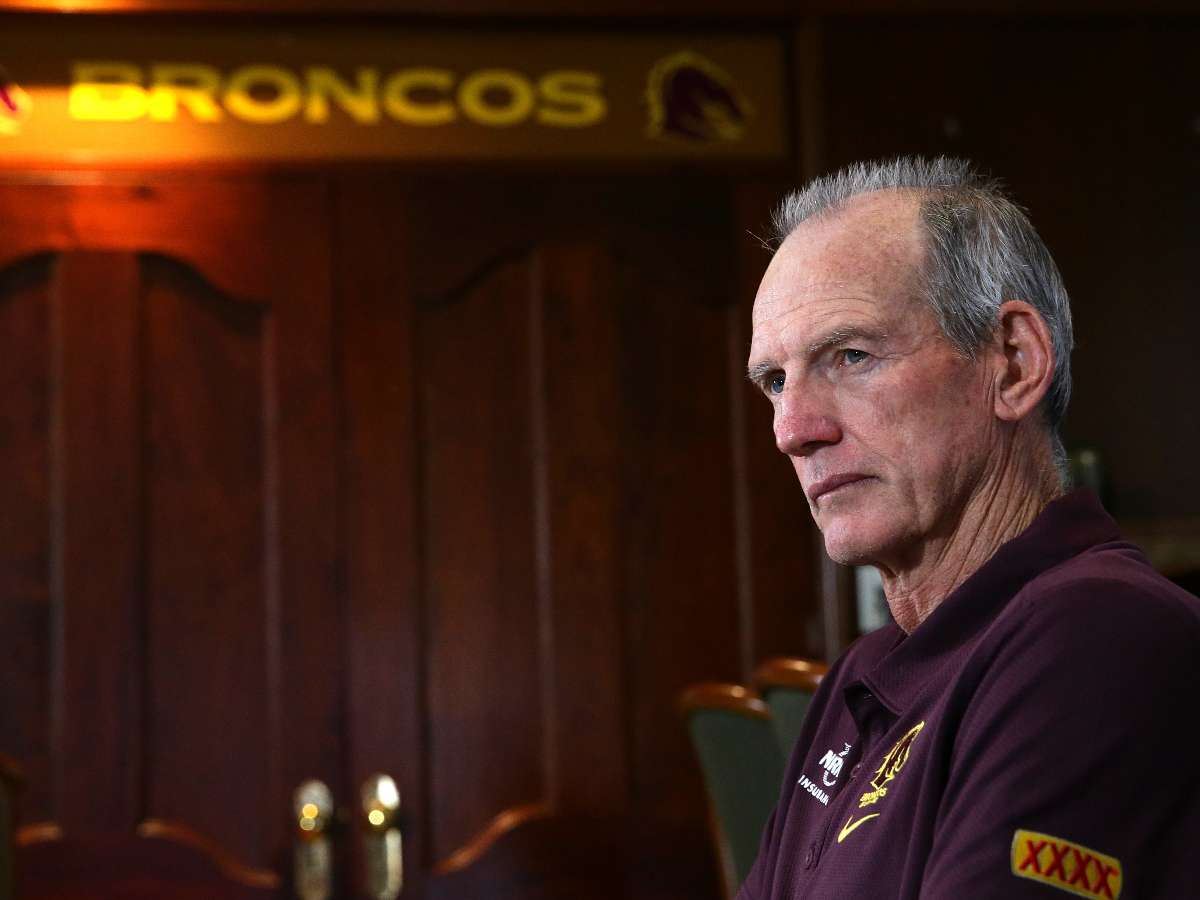 Broncos fans, would you be happy to see Wayne Bennett coach the club again?1200×900

At the time, Bennett was determined to be a head coach, but under his own succession plan, he was due to stand down as Broncos coach for the 2021 season.

Despite his painful exit from Red Hill, Bennett still cares about the Broncos and believes he could restore the club‘s glory days driving team culture. If the Broncos appoint Kevin Walters as head coach next season, Bennett could be a valuable sounding board for his former assistant.

Morris said Bennett returning for a third time had some obstacles, but confirmed he suggested a senior administrative position two years ago.

“To be honest, we had offered Wayne this sort of role (coaching directorship),” he said.

“I gave him a letter offering him a role at the club beyond coaching.

“We will have a new CEO and a new coach in the coming months and they will also have a mature view of what they want on board.

“The Broncos are about progress. Naturally I would find it difficult for Wayne to come back because it would be his third stint at the club, but it‘s not for me alone to rule anyone out.”

“I would love to see Wayne come back,” he said.

“To get the glory days back, I think Wayne is the perfect coaching director. He knows the culture of the club better than anyone.

“Having Wayne back will give the Broncos that authority again.

“He is the master of keeping players and making them happy.”

What a shambles of a club. I hope Wayne holds grudges

Wayne Bennett has endorsed club legend Kevin Walters as the best man to coach the Brisbane Broncos in 2021 and beyond.

Walters has twice served as Bennett’s assistant coach at Red Hill and won five premierships under the super coach as a player.

The current Queensland Maroons boss was controversially overlooked for the job in 2018 after the board handed Anthony Seibold a five-year deal and is now in a two-way race for the top job with premiership-winning coach Paul Green.

But Bennett, who is contracted as South Sydney’s head coach until the end of the 2021 season, has declared Walters the best man for the job.

Bennett added Walters would ‘unify everybody at the Broncos’ should he get the nod.

Meanwhile, Broncos chairman Karl Morris told News Corp he would entertain bringing Bennett back to the club in a coaching director role.

The 70-year-old, who coached the Broncos to six premierships, was sensationally sacked in December, 2018 after a bitter civil war with management.

Recent reports suggested Bennett could make an unlikely return to Red Hill in a senior role if Walters is appointed head coach.

That scenario still appears highly unlikely given the ugly end to his second stint at the club.

However Morris told News Corp : “If there was a serious proposal put forward for Wayne Bennett to come back to the Broncos, I will put it to the board.”

Bennett Anoints Next Broncos Head Coach As Powerbroker Refuses To Rule Out...

Wayne Bennett has endorsed club legend Kevin Walters as the best man to coach the Brisbane Broncos in 2021 and beyond.

Booooo. Stay with us. They say it’s a snake pit. Your son in law Ikin has an unrelenting vendetta against you. Stay with us then if you want to go home help start the new club there. There’s nothing but skullduggery up there.

Expect these stories on the eve of games for the next few weeks. News trying to destabilize the mighty rabbitohs. Disgraceful behavior

where are the Bennett haters, for a bloke that’s past it he is pretty wanted in every club, overseas and SOO

Morris trying to save his job. He and the board have bought the club to its knees with an insane decision to sign a rookie coach for 5 yrs and treat club legend WB disgracefully.
He won all their Premierships , built their brand and culture.
He’s challenging for top 4 with a club that lost its last 3 Captains and Superstars. He has a happy competitive team. Player magnet best bar none. Solly said the club has immense admiration for his efforts on and off the field. The Gods smiled on us. Broncos descended into ruins.

I’d like Wayne to stay at South’s til the end of his deal.

And longer if possible in some capacity.

Ask CEO in waiting Ben ikin if he would like Wayne back at the Broncos. NOT !

He will end up back at the Broncos in some capacity and finish his career there , no doubt about it !

I wouldn’t have a problem with it , good luck to him .

Brisbane were always going to open the door, whether Seibold left or not, for a coaching director role for Wayne Bennett.

It makes them look like they don’t have a grudge and would welcome him back with open arms.

If Bennett goes to any of the other current 14 clubs once he’s done with us in anything but a head coaching role, it will look like he has rejected the Broncos, making the Broncos look like the wounded party.

Quite frankly, Bennett would be silly to go back to Brisbane. Stick around here, or take a break, until the new Brisbane team is up and running and take a role as Team Coordinator or something. 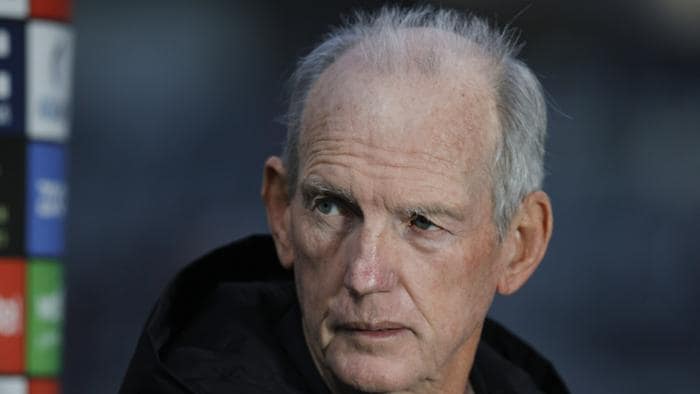