One of the first things Wayne Bennett asked when he took charge of South Sydney last year was why the Rabbitohs bothered to pick 17 players each week.

“You don’t use them,” Bennett told Souths officials.

The previous season, under Anthony Seibold, the Rabbitohs often had interchange players who didn’t see any action, including in all three 2018 finals matches.

Hymel Hunt remained on the bench in all three play-off fixtures, while Dean Britt was also not used in the preliminary final and Jason Clark received just 20 minutes of game time in his farewell appearance for the club.

“What used to happen was that the coaches would pick 17 players but if they had two players they thought weren’t quite good enough they didn’t use them,” former Rabbitohs GM of football Shane Richardson said.

"Wayne’s philosophy since he arrived at the club has been to play those four players no matter what and spread it around to make them feel part of the team – not just give them five or 10 minutes.

“That’s why guys like Liam Knight, Mark Nichols, Bayley Sironen and Corey Allan are all playing with such great confidence because Wayne has shown the confidence in them off the bench.” 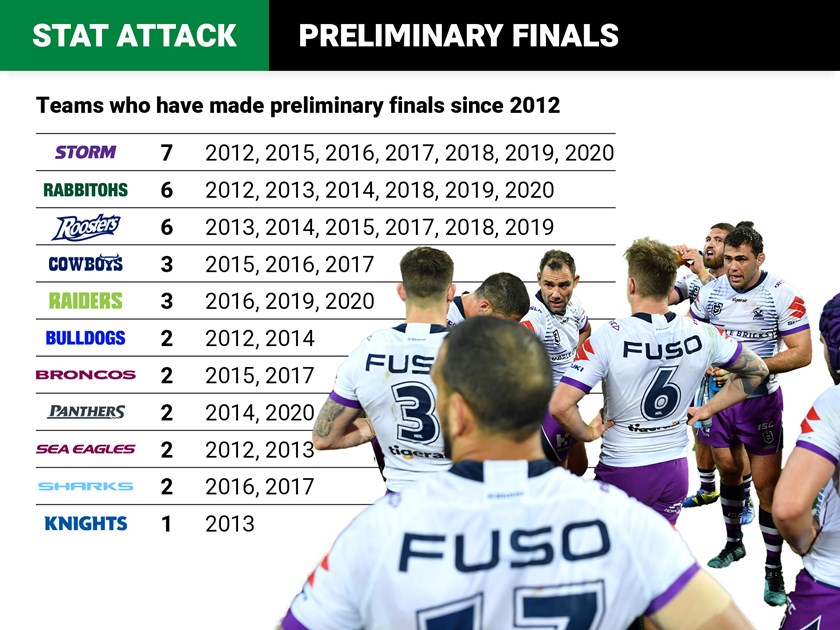 After just one finals appearance in the 35 seasons before 2012, the Rabbitohs have now confirmed their standing as one of the NRL’s power clubs by qualifying for their sixth preliminary final in nine years against Penrith on Saturday night at ANZ Stadium.

Only the Storm have made more preliminary finals appearances and besides back-to-back premiers the Sydney Roosters, who have also achieved the feat six times, the next best performing clubs since 2012 – the Cowboys and Raiders – are well behind.

Next season the club will be bolstered by the signing of Queensland Origin forward Jai Arrow from the Titans, while Mitchell managed just 14 appearances in his first year at Redfern.

“I don’t think the club has got the recognition it deserves,” Richardson said. "You have got to win grand finals but there are a lot of clubs out there who I am sure would like to have played in six of the last nine preliminary finals.

However, it hasn’t been all smooth sailing since Michael Maguire oversaw the end of a 43-year premiership drought in 2014, with salary cap pressure forcing the club to re-build, Seibold quitting in 2018 and the unexpected losses of Greg Inglis and Sam Burgess. 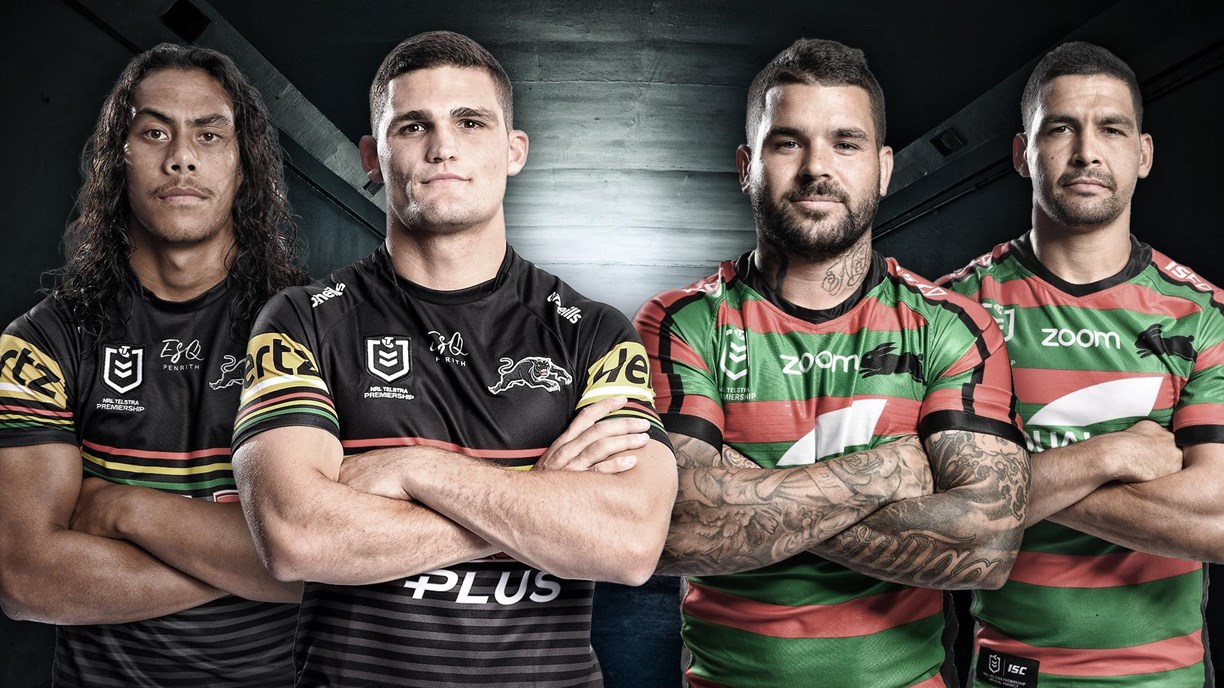 After missing the finals in 2016, the Rabbitohs focused on recruiting young talent like centre Braidon Burns and winger Robert Jennings, as well as developing players through their under-20s and NSW Cup teams.

“We had salary cap problems so we had to start buying in good young players who weren’t expensive, like Braidon Burns and Robert Jennings, and later on Corey Allan,” Richardson said.

"We chased [Panthers five-eighth] Jarome Luai but we missed out on him.

"We were able to foster players like Jaxson Paulo and Keaon Koloamatangi, who played in our under-20s team that won the grand final last year and we have got another group of young players coming through behind them.

"Our second grade were one point away from the [NSWRL’s Canterbury Cup] minor premiership last year and finished third, and our under-20s won the premiership.

“Succession planning is not just about getting to where we are now, it is staying there and staying in a strong financial position.”

Burns was lured from Penrith before making his NRL debut, Tatola was signed on a train-and-trial contract and is now in NSW Origin contention, Knight was languishing in Canberra’s lower grades and Sironen was a mid-season pick-up in 2019 from Wests Tigers.

After being 10th in round 11, the Rabbitohs stormed home to finish the regular season with a record 60-8 thrashing of the Roosters before eliminating Newcastle 46-2 and Parramatta 36-22 in the finals.

“Wayne has done a great job with bringing the squad together and never once has he whinged or complained, and he could have done it lots of times,” Richardson said.

"We lost Greg Inglis, Sam Burgess and John Sutton all at the same time so the club had to rebuild a leadership group.

"To the coaching staff’s credit they have done a great job by giving the responsibility to Adam Reynolds, in particular, and Damien Cook, Cody Walker and some of the younger guys.

"The last couple of seasons we have been leading until halfway and lost momentum or had injuries but with depth we have been able to overcome the injuries and we have got momentum.

“A lot of credit has got to go to the faith Wayne has put into that squad and the recruitment.” Seib’s use of the bench was bordering on throwing matches. What a dickhead

Argh shit,brings it all back doesn’t it.Seibold is a fuckwit of the highest order,way to self obsessed in gaining prestige for himself to see what is in front of his own nose.
He and the ponies deserved each other,in fact QLD deserved them both.

So there are 7 clubs that have never made the prelims- not had the joy of winning semifinals. I tell you winning semis is like gold. We had TWO in 40 years before 2012.

It was the worst coaching i have seen in the prelim against the storm when he would not use the bench after we had George in the bin and the players were fatigued near halftime . The points for the storm came at the back end of each half .

I have a mate thats a Panfers fan and I keep telling him…Souths finals experience is a huge factor. He keeps dismissing me but I really think that will help us on Saturday night. MIssing the GF for the last two years must be on all the teams minds. SSTID

I see this statement quite a bit on this forum in regards to 2018. The reality is that Seibs probably cost us a grand final appearance, not 22. It’s funny how easily everyone forgot that the Roosters were able to beat us without Latrell Mitchell. We choked in our prelim against them, what’s to say we would’ve done any better against a stronger outfit in the grand final?

Please not another Seibold article, he left over 2 full seasons ago FFS.

I think Douhei going down was much more significant than people realized, cause Seibs actually would play him (even if it was only 10 or 15 mins).

…but he had our tactical periodisation well covered…

Now to translate that success into premierships

Nathan Brown? Wasn’t in the team then.

Richo didn’t want Walker at the club. He tried to get Jarome Luai but failed then was giving Doughi way too much in the view to replace Cody. Thank fuck sanity prevailed and we got rid of Richo and kept Walker.