The Seven Network today announced the 17 celebrities set to take on one of the toughest tests of their lives in SAS Australia:

These famous and infamous Australians have volunteered for the Special Forces selection course, a brutal and unforgiving process that will physically and mentally break down the recruits in a test of their true character.

Putting them through the gruelling course is an elite team of ex-Special Forces soldiers, who will make no allowances for the star recruits’ celebrity status, age or gender.

SAS Australia is not a game. There is no winner; there is no prize. Most recruits will reach breaking point and withdraw. Who has what it takes to tough it out to the end?

The series is produced by Screentime, a Banijay Group company, based on a Minnow Films format, for the Seven Network.

What’s this got to do with Souths? Also why don’t they have any pants on?

None, that is why it’s in The Bar!

I see the term ‘reality show’ and I run. The obsession with these type of shows is alarming.

Corby must be saved, says Crowe

The more controversial they are, the more popular they are, and this one has it all.

She is known to be a fan of editing her Instagram photos.

Wow, based on this story it seems that Reynolds partner has some serious mental problems going on.

This one is confirmed - Police have dropped all charges against Reynolds.

I just assumed Candice was a Rooster. I’ll amend my impressions of her now I see her in a Souths jumper!

From Australian cricket’s lowest ebb at Cape Town in 2018 to the triumphant 2019 Ashes campaign in England.

Seven will this Sunday air a 90-minute edited version of the documentary The Test, which premiered in full earlier this year on Amazon.

The special provides an unprecedented inside access to the Australian men’s team as it fights for redemption.

The Test takes up the story as Australian cricket has just been plunged into crisis. Its captain Steve Smith, vice-captain David Warner and young batsman Cameron Bancroft all banned for their roles in the ball-tampering scandal of March 2018.

Under new captain Tim Paine and new coach Justin Langer, the Aussies have no choice but to embark on a new era, one in which they face a long and steep road to regain the respect of the cricket world and the affection of the Australian public.

But The Test is not just a sports documentary, it’s an inspiring real-life drama that will appeal to both non-sports fans and the avid cricket follower. In some ways, it’s Australia’s version of The Last Dance.

Produced by CA Films and Whooshka Media, The Test: Feature Length Special covers the Australian team’s up and downs over the 16 months following Cape Town, including their difficult run in limited-overs cricket, the fighting drawn 2018 Test series against Pakistan in the UAE, the first-ever Test series loss to India on Australian soil in 2018-19, and the glorious 2019 Ashes series when Paine’s men became the first team in 18 years to retain cricket’s oldest and most coveted prize in England.

Along this remarkable journey, fans are taken behind the scenes as:

As the Australians prepare to defend their No.1 Test ranking against India this summer, The Test reveals the arduous path Paine’s team had to negotiate to restore Australia to the top of world cricket.

After we beat the Knights today i recommend sitting back having a few drinks watching this great documentary.

Unlike other reality shows there is no winner declared, there is no prize, just recruits who manage to finish the course and are then judged on whether they are good enough to have passed. Simply completing the course is not enough.

TV shocker: Reality show with no winner, no prize and no BS

• The format arrives in Australia after seven seasons on Channel 4 in the UK.

Justin Langer is a dead set wanker! Him and Hayden together was cringeworthy!

I liked the show but why did the whole episode centre around S.Corby. She drives me up the wall.

Helicopter drops, mud crawls, hand-to-hand combat... This is unlike anything you've seen before!💥 Stream episode 1 of #SASAustralia NOW on @7plus ➡️ 7plus.com.au/SASAustralia https://t.co/8nkzkRf3Gw
Serendipity 20 October 2020 09:01 #16

#4 Arabella Del Busso finds out that there's no running from the truth when being interrogated by the DS. #SASAustralia https://t.co/GQEWG4Syqo 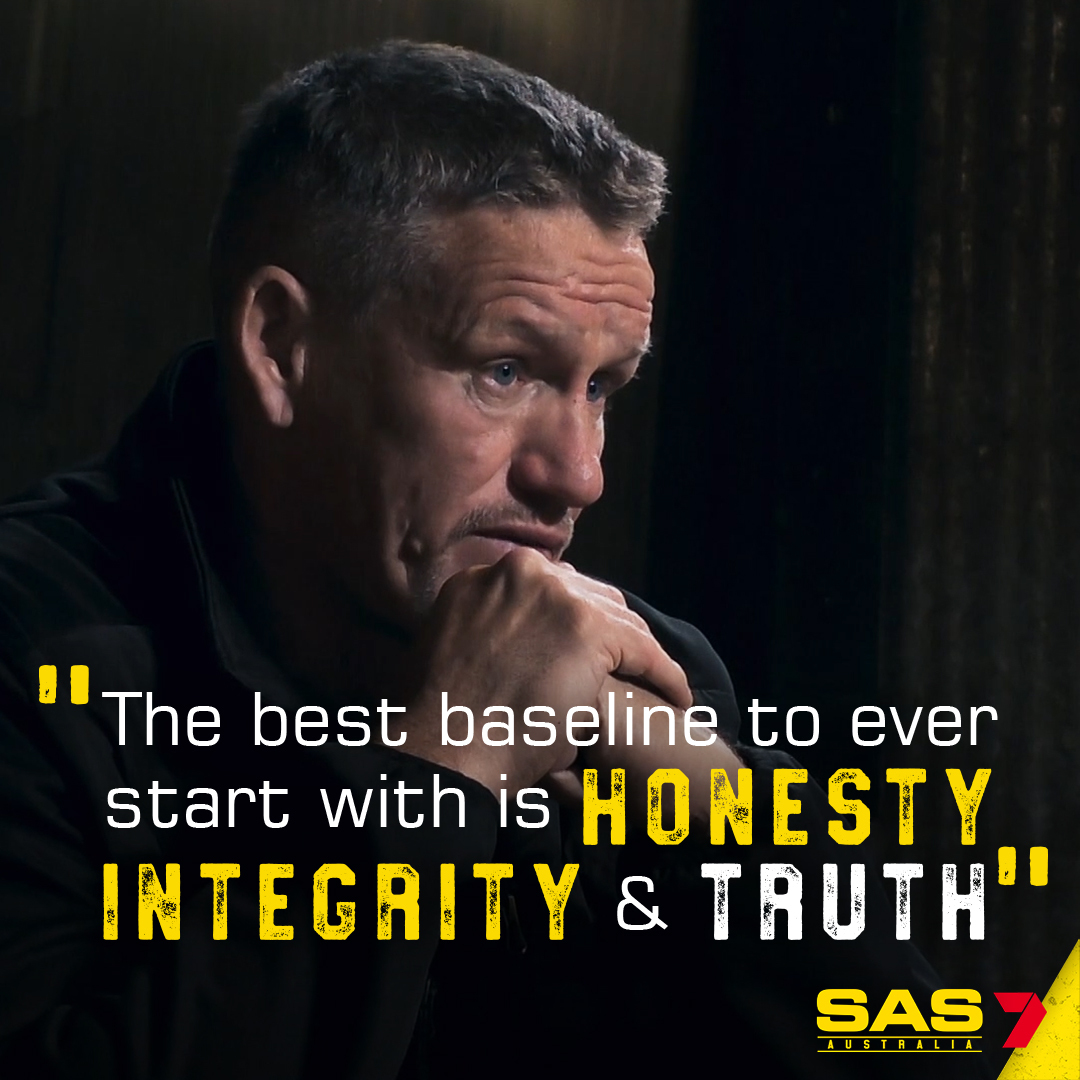