Just a few days short of his 77th birthday, a South Sydney legend is recovering from surgery — all the latest NRL chatter and more.

Rugby League: RLPA head Clint Newton explains the RLPA’s role in Australia and New Zealand’s withdrawal from the Rugby League World Cup at the end of the…

An old back injury from his playing days in the 1960s and ’70s has floored rugby league legend Bobby McCarthy.

Just a few days short of his 77th birthday, the old South Sydney Rabbitohs champion is recovering from surgery under specialists in the spinal unit at Royal North Shore Hospital, who saved him from becoming a quadriplegic.

“I’ve had a few rods and brackets put into my back,” McCarthy said. “The doctor said if someone had bumped into me heavily, I could have been a quadriplegic.”

It started last Christmas while McCarthy was lying in bed one morning.

“Suddenly I got all this pain and burners shooting right up into my neck,” he said, “I thought f…, what’s going on. It was shocking.” Rabbitohs legend Bob McCarthy is on the mend after back surgery.

The pain soon settled but flared up again more recently.

“I saw a specialist and got X-rays,” McCarthy said. “There was bone pressing on my spinal cord. He said it was a similar injury to the one Superman actor Christopher Reeve suffered.

“It was that nasty. He operated and I’m out of pain now but it’s bloody uncomfortable wearing this harness.”

“Macca” has no doubts the injury is footy related, even 45 years into retirement.

“I copped a lot of coat hangers back in those days,” he said. “Even big Norm (Provan) got me once when I was a kid in a grand final. He went whoosh with that big arm of his. My body was going one way, my head the other.

“The old coat hangers plus all the back pressure in the old days just pushing in the scrums. It was hard work against big, strong and powerful blokes.”

At least McCarthy is enjoying retirement without any concern from old head injuries, like other old teammates from his era.

The big man still talks and communicates as sharp as ever.

“I wouldn’t swap my rugby league career for anything,” he said, “This has been painful, but geez, there’s still some great memories.” All the best for a complete recovery Bob. We also have some indelible memories of your outstanding performances in the cardinal and myrtle.

A Souths legend, and always will be.

Mind you seeing stories like this, and being told he is 77 old, just remind me of my age.

In my minds eye, I still see Macca as that tearaway second rower making a break & running up Redfern Oval.

A true iconic legend of our club. Get well soon big fella.

Get well soon Macca so you can ring that bell again on GF day for no: 22.

Get well Bobby. A great man.

In the 7 decades that I have seen footy 60’s-2020’s. He is the best running second rower I have seen. He should be talked about as an immortal. He was the prototype for a whole new breed of forward. Big, mobile and fast.

Agree Percy…loved watching him at Redfern Oval
A lot of good second rowers of that era too…N Provan,Barry Beath

Beath was another very fast forward. Tough as nails but gee he could run. I don’t remember “Sticks” as a player but I had the pleasure of being coached by him for two seasons as a kid.

Never saw those two play in the centres !

I recall Beath playing on the wing one day. Must have been a team reshuffle due to injury. May have been a rep game?

Blake’s highlight reel from his time at Souths is a joy to watch.

I saw Branson loads of times. He came on the scene in 67 as a Country player which is about the time I have vivid memories from. The seasons before then can be a bit foggy.

Branson was skillful but he threw that dummy a bit too much. If my memories are right Denis Pittard usually gave him a bath when we played them.

The ultimate tackle breaker and the first of the wide running forwards.

Was an under rated ball player as well. The understanding he had with Keith Edwards in 70 and 71 was wonderful. McCarthy would attack the narrow blind and inevitable Edwards would score.

An amazing effort for a second-rower, but even more amazing when you consider all the try scoring talent that was around him in those sides.

Loved watching Denis play…you’re right he gave a few players a bath
Enjoyed Ray Warren call his name when he made his bullocking runs
Dug this out recently,( recorded from radio with external mic)

Yes we are, at least pragmatism come with age. So that must be the famous or infamous Lidcome Oval game?

Yes Percy it is the famous/infamous Lidcombe match and Ijust happen to record it that day
Just had a listen to it now (haven’t played it since '76)
Ray Warren with Ron Casey as co commentator
Ray commented how the first half Wests were in Souths half ‘‘99.9%’’ and 75% of that were in Souths 1/4 yet Souths led 3-2
No Simms,no Pittard and Greg Purcell taking the kicks and missing vital shots
How about this for a blunder Percy
I just realised that on my cassette I wrote 1976 …ROUND 7…Wests 17 Souths 13
Fortunately there is some footage below of the game but they have it as Round 13
After all these years I thought I had written it wrong 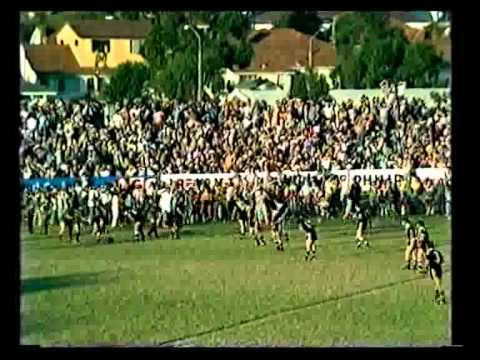