Anthony Milford now has four clubs chasing his signature but his future hinges on Souths’ battle to retain Dane Gagai.

News Corp understands the Rabbitohs are open to the idea of signing Milford, but his possible shift from Red Hill to Redfern hinges on South Sydney’s battle to retain Maroons flyer Gagai.

With the NRL finals on the horizon, Gagai remains off-contract and it is understood the Rabbitohs are considering beefing-up their original 12-month offer to two years to keep the 30-year-old at Redfern.

But the prospect of Gagai defecting to the Broncos, coupled with Benji Marshall inching towards retirement, would give the Rabbitohs the funds to make a play for besieged Broncos playmaker Milford. 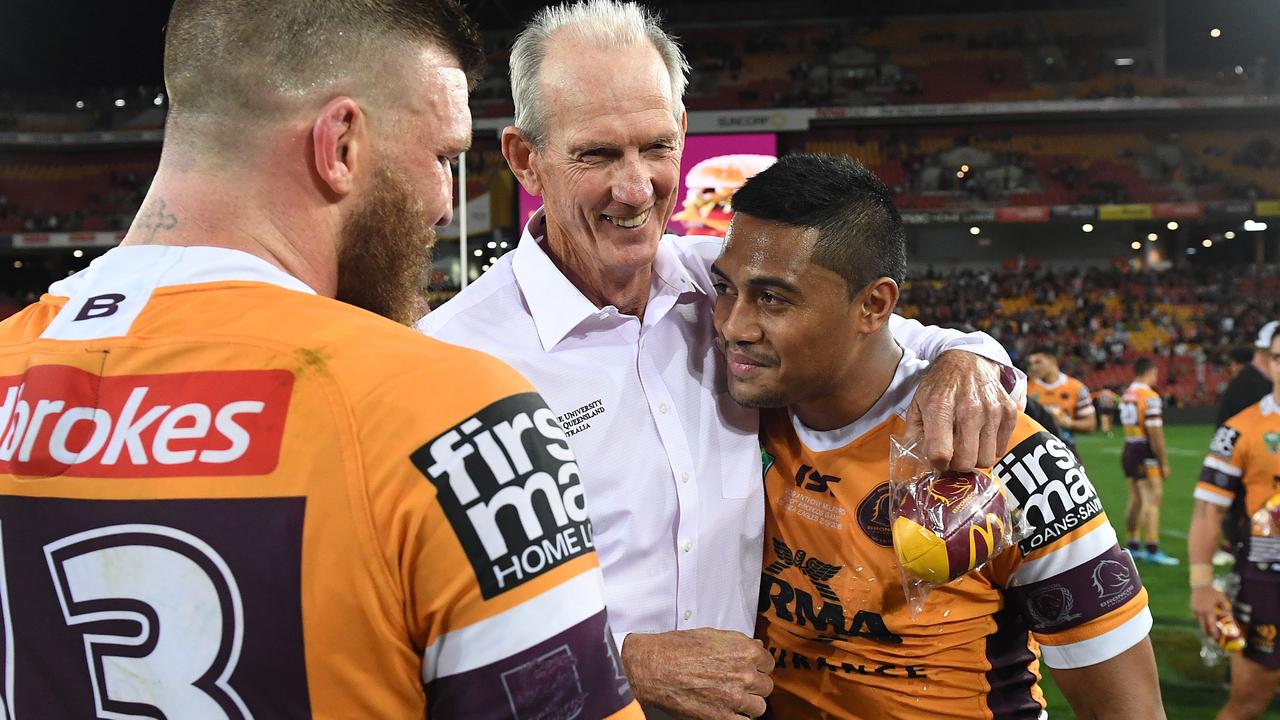 With Parramatta’s interest in Milford cooling, the Rabbitohs shape as a frontline contender for his signature given the $1 million man’s history with Bennett’s successor Jason Demetriou, who worked with the five-eighth at Brisbane.

Former Broncos assistant Demetriou will back himself to get Milford firing again and Bennett believes the Rabbitohs could be a good fit for the former Queensland Origin utility.

“Jason likes him and has worked with him so there might be an opportunity here (for Milford). Souths are already losing first-choice halfback Adam Reynolds to the Broncos next season and the Rabbitohs could suffer a further scrumbase blow if the 36-year-old Marshall decides to retire.

Whether Milford partners Souths maestro Cody Walker in the halves in 2022 could hinge on Gagai’s next move.

The Broncos have expressed interest in Gagai, but have yet to table a formal offer due to salary-cap restrictions.

The Rabbitohs have offered Gagai a one-year deal worth around $450,000, but it is understood Brisbane may struggle to pay more than $400,000 for the Origin centre, who debuted at the Broncos in 2011.

“Dane is a player that remains on our radar, but at this point in time we are not in a position to table anything for him,” Broncos football boss Ben Ikin said.

“It will be a wait-and-see scenario. It depends what we can afford.” 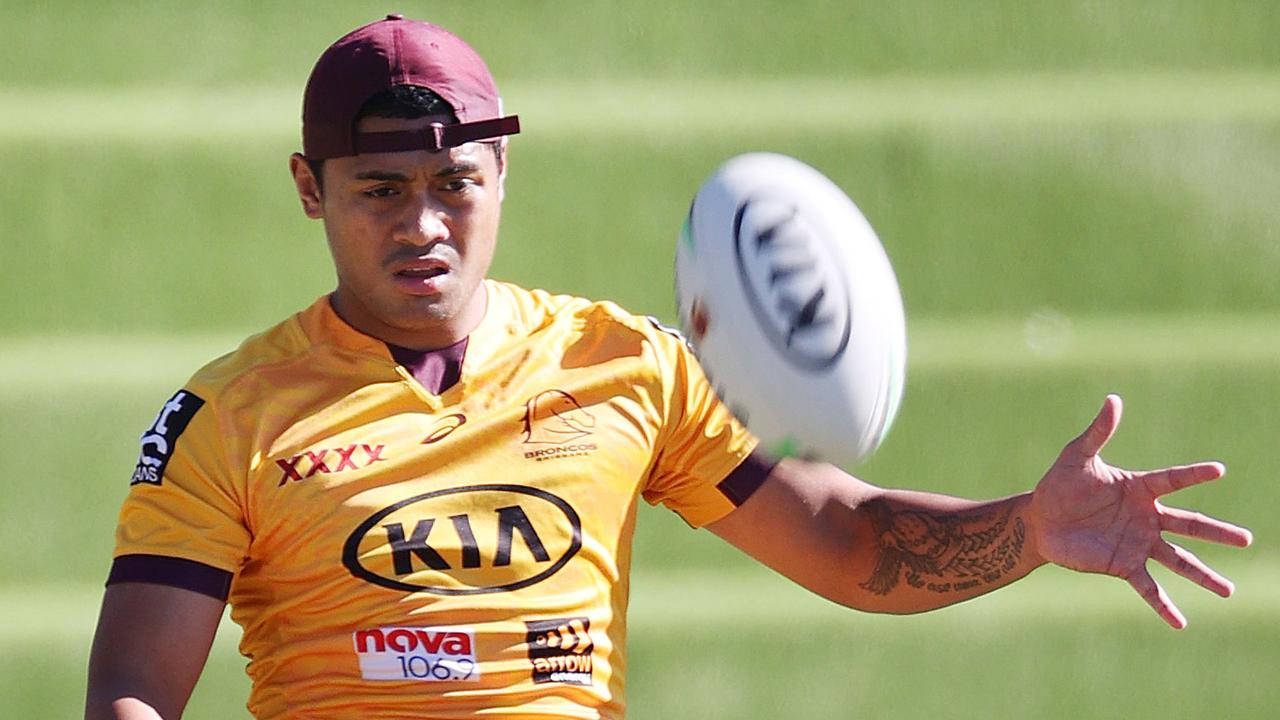 Milford, a veteran of 189 games who turned 27 a fortnight ago, says he is prepared to move to Sydney if the Rabbitohs are keen.

“I’ve got two young girls so my family comes first now — I will go wherever I need to for them and what best suits my football,” he said.

“I honestly believe I have more in me.

“I’m only 27. I know the hunger and the passion is there. I still love playing the game so hopefully a fresh start can be good for me.”

Surely Bennett is stitching Souths up. We lose an Origin centre and a potential Australian rep for a dud. C’mon boys, get on the Wayne train, it’s headed North…who’s on it? We might as well keep Benji. Fuck off Milford you’re not welcome.

This is fricken madness. Gags has been great for us and Milford is a numpty.
Makes no sense and I will be pissed if we go forward with this idea.

With Su A going and perhaps Gags, at the start of the year we should have told them to look elsewhere and then used their money to get JAC

Someone somewhere has stuffed up big time.

If Badel says it then it shows it is incorrect. That’s his track record i.e. GI to Brisbane etc etc…

Reynolds is very good at getting repeat sets and kicking goals.

“Someone somewhere has stuffed up big time.”

I think we have established that already. It’s now about fixing the damage.
Personally I think we should back the halves we have and keep some cash in reserve for a player to become available in early 2022. They always do.

Reynolds is very good at getting repeat sets

are you being ironic again?

Not this year. Only 6 for the season.

Milford to Souths?
No chance!

The media are just doing what they always do…
Pissing off the Souths fans!

In 2012 when Sandow went to the Eels, all of our fans thought the sky was falling.
In came a bloke with no First-Grade experience, he hadn’t even played in a single Reggies game.
His name was Adam Reynolds, a total unknown to 95% of fans.
The theory back then was, he will be fine as he had an experienced 5/8 with him named John Sutton.

It is exactly the same, we have this kid, Blake Taaffe who unlike Reynolds he did actually win his U20s Grand Final. Reynolds lost his!
This kid can play, this kid has no fear.
He has played in our Reggies and also in First Grade.
We all know this kid will succeed.
OH, he has this bloke named Cody Walker to help him along!

Lachlan Ilias is another kid on the way through!

Taffe is certainly an exciting prospect and if he achieves as much as Reno we will have cause to rejoice , especially as Reno was the first HB in over 40 years to guide us to an actual GF win plus 6 Preliminary Finals appearances where we had 1 PF appearance in plus 40 years previously.

Really looking to Taffe flourish and as you say we have Cody alongside to support .

Rumour circulating that Gags is going to Knights for a three year deal. Just sayin’

Confirmed in the Daily Telegraph this arvo.
WTF is going on…Reynolds, Su’A, Gags…Wayen’s leaving us in a mess.

Wayen’s leaving us in a mess.

Have I heard that somewhere before?

Those brothers are fucking us up!