This season shapes as Wayne Bennett’s likely last shot at an NRL premiership, cementing his legacy and delivering the ultimate square-up to Brisbane.

When Wayne Bennett was in England in early 2007 for the World Club Challenge he walked around one afternoon with a big book with a big black cover under his arm with the alarming title, “If You’re Second You Are Nothing”.

It was a book about two of the great English managers, Bill Shankly and Sir Alex Ferguson.

The introduction begins with a story on Alex Ferguson in the early 1980s, coaching Aberdeen, slipping on a tape in the team bus and listening to recordings of Shankly talking “big ideas and his observations on the human condition”.

Shankly retired in 1974 and in those recordings, made a year after he retired, it sounded like there would be a happy day again before he died in 1981. Shankly regretted ever resigning as Liverpool manager. He lost his relevance, his rhythm in life.

He said on the tapes he found himself training every morning close enough to see the players, although “I don’t talk to them much.”

Ferguson learned the lesson of Shankly retiring too soon, nearly quitting several times himself before changing his mind each time. And so, it seems, has Bennett.

Bennett cares for history, and also knows one of the great benefits of reading is that you do not have to learn all your lessons first hand.

It partly explains why part of his grief at the way he felt he was being treated at the Broncos. He was not ready to retire, like Shankly, and soon he was angry at the effect the Broncos’ actions would have on his legacy, something nobody would ever hear him dare say publicly, but something he holds dear.

He felt it acutely, the way the Broncos ran him out of the club.

Eventually Bennett moved on and from the day it was confirmed he was going to Souths his giant square-up for the Broncos was the possibility of bringing a premiership to Souths, convinced it would happen in Redfern before Brisbane.

Now, as he enters his own personal winter, the choice is no longer his.

This season shapes as Bennett’s likely last shot at a premiership. He might coach again, refusing to go the way of Shankly and retire too early, but the likelihood of inheriting a team that is premiership ready is slim.

In good news, it also shapes as one of his best chances at a premiership.

Souths are in the best shape to win since he arrived, when he believed Greg Inglis and Sam Burgess would be the building blocks in the team.

Bennett has plugged the gaps their inconvenient retirements caused, with Latrell Mitchell providing the star factor and a young, aggressive pack ready to fire.

With Melbourne set to play without Cameron Smith and the Sydney Roosters without an established halfback the Rabbitohs have the most balanced squad in the NRL, with depth throughout. 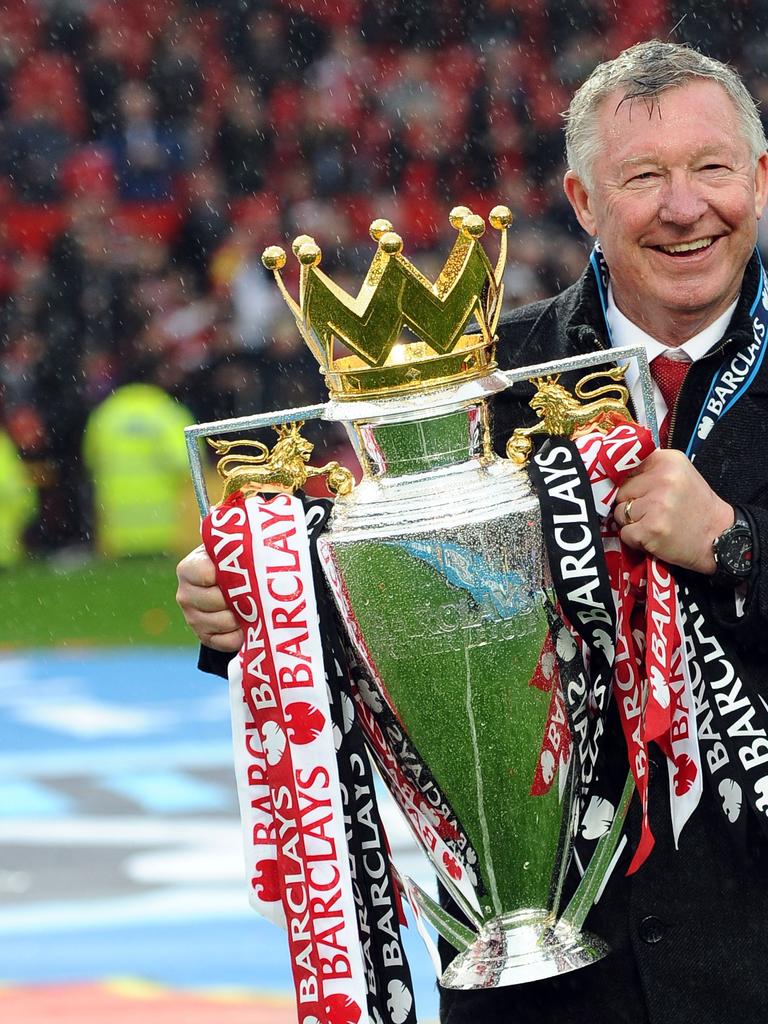 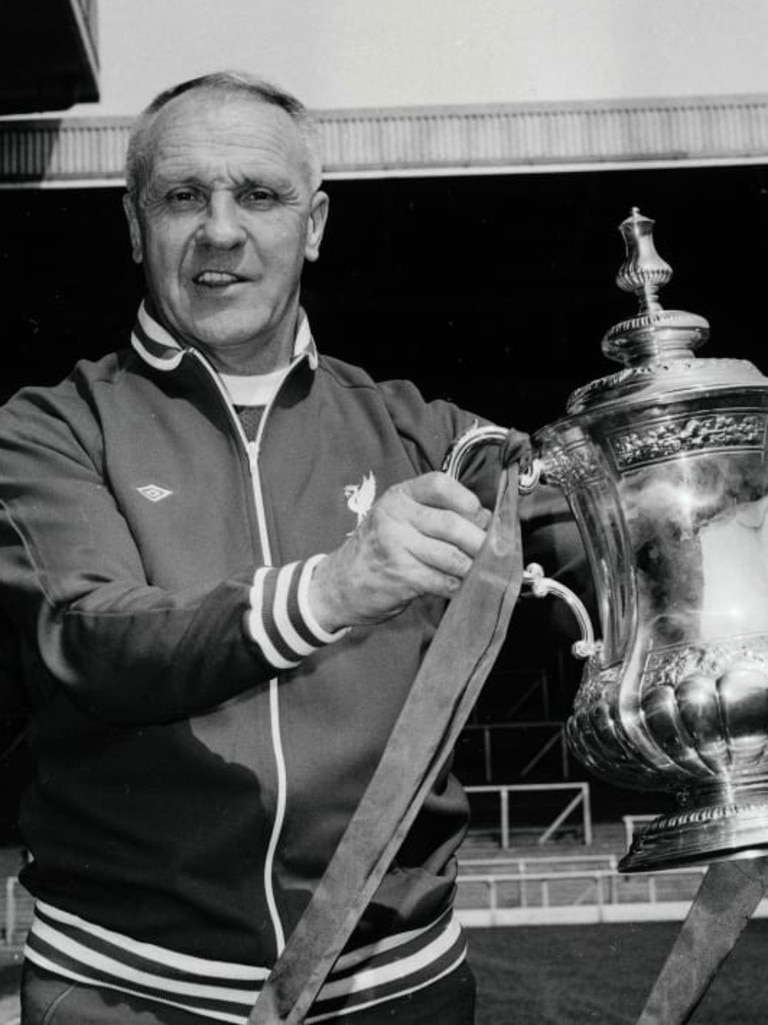 Bennett is still learning, though.

The key to Souths’ success, Mitchell, walked into Rabbitohs training earlier this season shaped like a Kinder Surprise.

Given all the hopes Bennett has for the season it might have been enough to cause the coach a small tightening of the chest.

It almost certainly would have sparked a swift and severe reaction in the old Bennett.

Not this current model, though.

Souths believe if Mitchell was healthy at the end of last season they were a strong chance for the title. His hamstring tear saw to that, a barrier too great to overcome.

This season, with Mitchell back and Jai Arrow new to the club, Josh Mansour and Tautau Moga also wearing red and green and a young pack another year older, and better, the Rabbitohs are primed.

So Bennett said little when Mitchell walked back into training. It shows the development in the coach. The key to getting the best out of Mitchell is to keep him happy. No point dropping a lip and sending him out to do four hundreds.

The Rabbitohs plan to play him into shape. Bennett went with a similar strategy last year after the COVID pause, prepared to let his team begin the resumption slowly and improve as the season went on, which they basically did.

There was a time when Bennett coached the Broncos and wanted them to be the fittest team in the competition. Now, he knows they just have to be in shape come finals time.

Mitchell benefits from the new approach more than any of them, which means ultimately Bennett will, too.

But the weight of what this season means to Bennett is being discovered in other ways.

Souths players have noticed he has ratcheted up the intensity at training, driving standards more. The Rabbitohs have lost the past three preliminary finals, the past two under Bennett, and the belief is their casual attitude towards the one-percenters are what has cost them.

So Bennett, aware this is his last great chance to win a premiership, is eliminating the excuses. He continues to call himself a coach and rejects any talk of him taking a general manager role anywhere, a job you expect he would take only as a stopgap if no head coaching role was available.

What it makes of the legacy he privately cherishes remains to be seen.

Shankly retired while Liverpool was still on the ascent and, as such, his reputation remained unblemished.

Ferguson was there for the beginning of Manchester United’s decline and some of his bitter fallouts with club legends tainted his legacy.

Bennett once lived in the real estate occupied by Shankly when he was a Bronco, perhaps even a Dragon, but he has stayed around long enough to make enough errors to see him drift into Ferguson’s neighbourhood.

By trying to avoid becoming one he has become the other.

Like a prophecy, it was all there in the book.

Well it is true. Quite simply, as I have said before, IF we have our top side on the field for most of the year and have a full roster at the business end of the season, and IF everybody plays to the best of their ability, we will win the premiership, full stop. Any dropping off of the above will ( say we lost Murray) will result in a dropping of one place for each disaster. If Mitchell had been fit we would have made the GF last year. It was no different in 1971. Without the full roster we had against Manly in the semi we would have lost. Reilly for Manly was on one leg- hence our win. Same in 2014.

All we need is a bit of luck.

I enjoyed that read. A lot of truth to the story.

No excuses this year. We have the team, the depth, the Coach and the intent.

As fans, we should be confident of winning the comp this year but will we?

The Rorters were confident last year of going 3peat but like life in general, there are unforeseen twists and turns and nothing is guaranteed and the NRL is no different. Key injuries are the worry.

@Pablo i think we have coverage.

I’m not so sure. Many knock Cook but I can’t see a ready made replacement for him and hooker is an extremely important position. I also think Latrell is irreplaceable in the big games as is Cameron Murray.

I agree that the premiership window is wide open for us this season. But Pablo is correct in noting the importance of luck. Just about every premiership winning team needs a good run with injuries to key players, particularly in the back part of the season.

We’ve had a pretty good run the last 3 years.

All our guns besides Mitchell last year were available and his replacement went really well.

The draw can play a part.
There are always teams who get a better draw than others.
Last year the Roosters had a tough draw and Penrith and Parra got a pretty good one.
This years looking through the draw Canberra have a dream run
I think on the back of their draw they will be easily top 4

Graham was missing for our preliminary final.

He’s an important player no doubt about it. But our big three have been there and for the most part we had our best side in.

Those are our two best players since readmission. If both were in similar shape to the 2018 finals it would’ve been a whole new ball game.

They were therein 2018 and we got beaten.

Ifs and buts don’t count in the history books.

We have a mental hurdle to overcome .

It all starts at dummy half in the big end of season games and Cook needs to just play his natural game and not get hesitant . I am tipping a big year from Cook now he will not have to tackle as much with Arrow in middle .

They were therein 2018 and we got beaten.

Ifs and buts don’t count in the history books.

We have a mental hurdle to overcome .

Don’t move the goal posts. You’re the one talking about our fortunate run the last 3 years. I made no comment on the above, you’re arguing with yourself.