Queensland Origin fullback Corey Allan is the latest target of Trent Barrett’s Belmore rebuild with the Bulldogs discussing an immediate shift for the rising Rabbitoh.

Allan is understood to have a three-year offer in the works to join Canterbury in 2021, having entered discussions with South Sydney’s permission.

Neither club has commented on Allan’s future, however, it’s understood talks are progressing well and could result in Allan arriving at Canterbury before the end of the month.

The 22-year-old has had Wayne Bennett’s permission to explore his options elsewhere since the end of the 2020 season, which saw Allan’s stocks rise in rapid fashion.

Having impressed as Latrell Mitchell’s fullback replacement the Rabbitohs reluctantly acknowledged he would have to move on to wear his favoured No.1 jumper.

Canterbury presents an opportunity to do just that given Barrett’s ongoing overhaul since arriving from Penrith.

The three-year deal in front of Allan would tie him to the Bulldogs until the end of 2023 and see him join the likes of Nick Cotric, Kyle Flanagan and Jack Hetherington as off-season recruits.

NSW Origin star Josh Addo-Carr is also due to arrive from Melbourne in 2022 alongside Panthers playmaker Matt Burton, with Penrith insisting he will not be released early to join Canterbury.

Allan’s signing would likely see him take up the fullback role that has been rotated between Dallin Watene-Zelezniak, Will Hopoate and Nick Meaney in recent seasons.

Allan made his Origin debut under Bennett as the Maroons No.1 in their game three upset of NSW.

Addo-Carr had indicated during talks with Wests Tigers that he also desired a switch to the back, with an initial Tigers offer including financial incentives that would be unlocked if he played a certain number of games at fullback.

It’s understood that no such incentives exist in Addo-Carr’s four-year Bulldogs deal, and that no commitment was made for him to take up a fullback role.

South Sydney have emerged as a shock contender for the services of unwanted Penrith winger Josh Mansour.

The Rabbitohs are keen to add Mansour to their back line, although any deal is contingent on an early release for Corey Allan. The Herald has been told Canterbury are interested in Allan’s services in a move that would give new coach Trent Barrett another fullback option.

Mansour is contracted to Penrith this year, but the grand finalists have told the veteran winger he is likely to start the season in reserve grade if he can’t find a new home. Several clubs - including the Tigers, Bulldogs and Eels - have given consideration to throwing him a lifeline.

However, Redfern is shaping as his most likely destination should Allan move on.

Mansour represented Souths in the lower grades, earning NYC winger of the year selection after impressing during the 2010 season. After graduating to feeder team North Sydney, he was signed by the Panthers.

Until recently, it has been a happy relationship at the foot of the mountains. The 30-year-old has made all of his 158 NRL appearances for Penrith, where he has become a senior player and represented NSW and Australia. Club powerbrokers, however, tapped him on shoulder after the grand final loss to Melbourne to inform him he would likely be making way to allow Ivan Cleary to include young outside backs like Stephen Crichton, Brian To’o, Brent Naden, Charlie Staines and Matt Burton in his side.

The Panthers are prepared to pay some of Mansour’s freight, which could result in the Rabbitohs picking up the Lebanon international at a bargain price.

Allan impressed at fullback at the end of last season when stepping into the role for the injured Latrell Mitchell. Those performances could be enough to earn the No.1 jersey at the Bulldogs or another club. 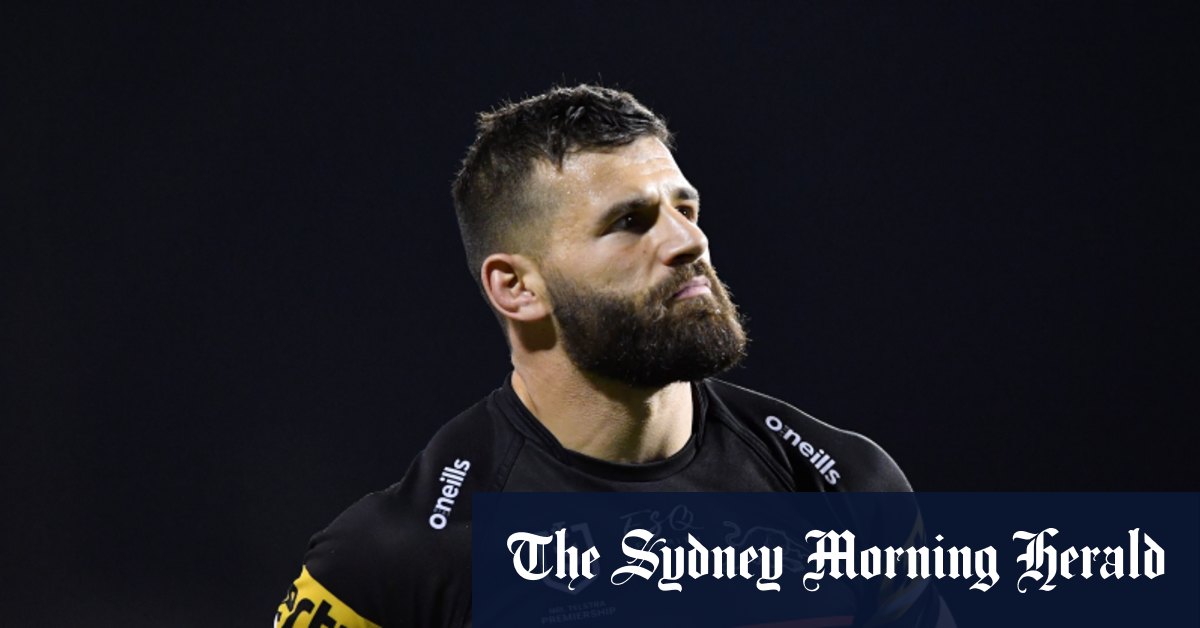 Rabbitohs keen on Mansour but Allan key to any deal

Redfern is shaping as the most likely destination for unwanted Penrith winger Josh Mansour should the Rabbitohs be able to shift Corey Allan early.

If we were to sign Mansour, I’d lean towards us going into Round 1 with Paulo.

I think we need to treat this signing like we did with Tuqiri and not gift wrap him with a wing spot, Paulo finished the year well and will only be confident into next season.

If Mansour has what it takes, he’ll force his way back into the grade and if he can return anything close to the form which saw him represent Australia then we’ll get a similar result to Lote or possibly better (considering he is younger in their respective stints/potential stint at the club)

After being cut at the end of the 2011 season, Josh Mansour left Souths for Penrith... Could Allan's potential exit see him back in Rabbitohs colours again? MORE: bit.ly/3q9cFkT https://t.co/wfXQgtyxVA 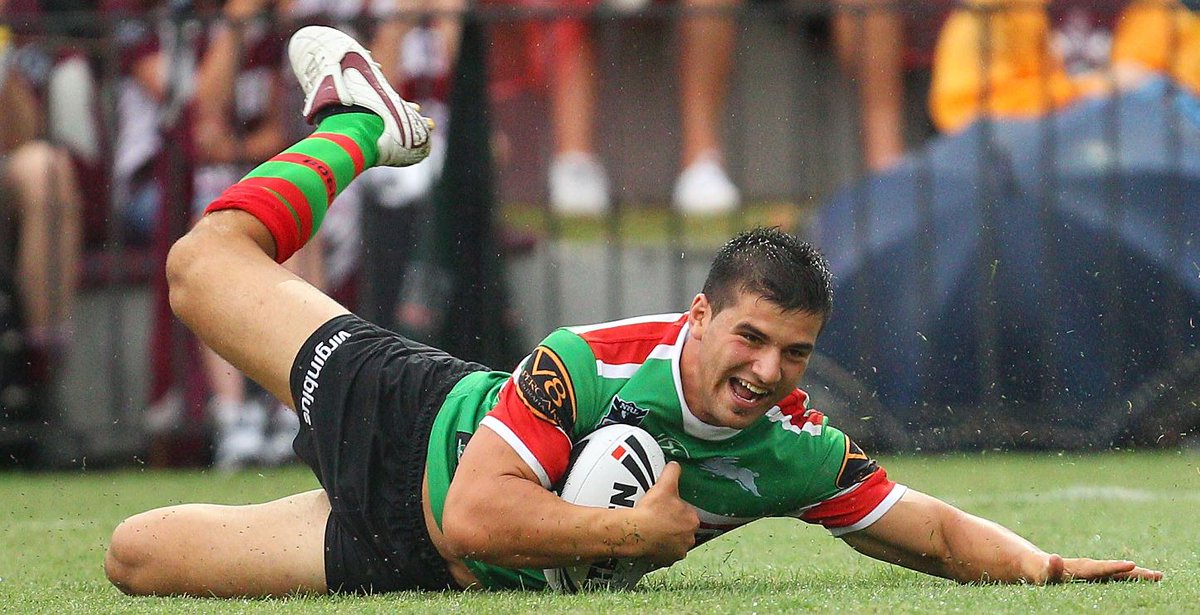 He is tremendous at eating the meters up.

The only hinderance for me is he will want more than a year.

I’d give him a year with a year option in our favor.

He would be the first winger picked IMO.

185 a game to be precise along with 19 runs a game, comes from the mould you like of hard runners

Need a meter eater. We haven’t had a real meter eater since Lote.
My only thing with Josh is he can have a few bad reads in defence and I can’t recall any high ball problems??

He’s got an error or two in him 23 for the season but Graham had 26 errors for the season and no one really noticed that he’s highly rated around here - so he should be i love the kid.

Josh will bring a lot more cons that will over show his few bad reads and butter fingers at times, this is a great signing if true i’m happy about it anyways. Only dilemma for me is will AJ or him play on the right side if he cracks our 17, both are left side players.

Is short and can’t jump

I still don’t understand the hype around paulo, he is way overrated in this place. I would start Mansour every day of the week over him

I’d much rather Allen than Mansour.
Really would like to keep Allen as a centre.

I’d much rather Allen than Mansour.

Even on the wing?

I agree, I was hoping we were going to turn him into a centre

He has signed with Dogs.
Best of luck to him.

Signing Mansour will be a massive mistake.
Reports suggest he is on $500k…
Can anyone see our management forking out that amount?
I can’t as he is now a 30-year OLD MAN.

Our Rabbitohs will do better to invest that $500k on 3 youngsters moving forward.

It seems that Penrith is utilising that old adage, it is better to get rid of a player a year early than a year too late!

I would just like to inform everyone that Corey Allan did play plenty of games at Centre for Souths/Logan Magpies in the Broncos system.