I’m sick to death of some players bringing political crap into our game. It should be a privilege to represent your state or country and sing our national anthem. Many a person has died fighting for our country to give us all a better life, show a little respect.

#StateOfOrigin New South WALES Vs QUEENSland A song about England written by a Scotsman... Fairly fitting... Educate Yourself Before Losing Your Mind..

Unless it’s the Australian National team playing another nation I can’t see the point of trotting out the National anthem. Surely the word ‘national’ has some relevance as to when it’s played.

Yep, that was one reason that was given for not playing it, which makes the about face more astounding.

I’m sick to death of some players bringing political crap into our game. It should be a privilege to represent your state or country and sing our national anthem. Many a person has died fighting for our country to give us all a better life, show a little respect.

Not trying to be controversial but that is a very colonial attitude.

I come from a convict and aboriginal heritage and I can think of many reasons why people would not want to sing the anthem. I think the thing about advanced and mature democracies is people can choose. I have no judgement either way for those who would sing or not sing the anthem. My father was a WW2 veteran and the one thing he taught me was tolerance for those who may have a different point of view.

On mum’s side she had two uncles fight in WW1 one who was severely injured and the other who died from wounds after he return to Australia in 1919. They were allowed to fight for Australia but not counted in the census. The ironic thing one is in a war grave at Rookwood and is in perpetual care yet two of his sister who are buried beside him were in unmarked graves until my brother and I recently did them up. Ever Australian has a story and many will have reasons why they are reluctant to sing the anthem.

You sound like your arguing for the anthem to be played but the freedom for those who do not want to sing it as well. I would agree with you, although I’m not sure it has ever been forced upon someone to have to sing it ?

I suppose you are right. Although that was not the main thrust of my reply. Personally i think the anthem is played too much. I suppose it has to do with my age. I am a boomer and I recall as a kid/teenager in the 60’s and early 70’s going to test matches of both League and Cricket with the anthem not being played. I think it is a bit jingoistic but does it cause me great bother, no. It was not until the bi-centenary of the 1st fleet in 1988 that is became a big thing.

The anthem for all… 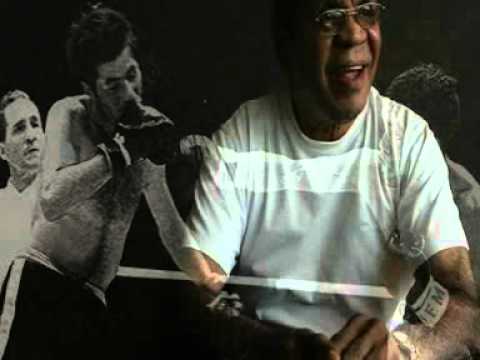 Do we have to fuck every tradition?
Good on ya Scotty, and piss off Abdo or whatever your Afrikaans name is.

Do we have to fuck every tradition?

I suppose it depends on a definition of a tradition. I was at SSO games at Lang Park in the 90’s and the anthem was not played.

One aspect I like about America is the pride they “overall” have for their country. They play their anthem at a variety of events and people show it the respect.
I guess I was brought up in a time where the national anthem was even played even before school assemblies so being proud of the country and having respect for the anthem was instilled in my from a young age. I’m 1/2 Maltese 1/2 convict stock and have two sons with indigenous blood in them. I was told of my Maltese grandfather saying to his kids love this country and say thank you for the opportunities it brings.
We can’t change the past; and we should never forget past occurrences. In my humble opinion we shouldn’t politicise sport as it is something that brings people both on and off the field from all walks of life together.

Our national anthem is shit anyway.

What in the name of Mark Nichols has singing an outdated song have to do with people dying in war time for our freedoms? & hence what has any of that have to do with playing a professional sport?

I was brought up in a time where the national anthem was played at school assemblies too but it wasn’t Advance Australia Fair it was God save the queen, now both songs seem about as irrelevant as each other
Times are changing, we’re changing as a country, it’s inevitable other things associated with tradition will also change

I respect everyones right not to sing the national anthem if they so choose, just as those people should respect the rights of people who do choose to sing it.

The SOO is a national event watched by millions around the country and the world.

Our national anthem should be played before these big games as it has been for years.

WRITTEN BYTOM NAGHTEN Just as he did while playing with the Indigenous All Stars ealier in the year, Cody Walker won’t sing the national …

Personally, I like Waltzing Matilda as an anthem - a song about an itinerant who steals a sheep, gets caught, and then kills himself. Says more about this country than we care to admit!

Seriously though, the Origin series is an interstate affair, and I’m not convinced it’s appropriate to play the national anthem. When you consider that up to half the players on the field are indigenous, many of whom have made it clear they don’t like it, it’s even more perverse. For something that’s meant to be uniting us, it seems to be failing that test.