According to Brent Read it is due out next week. This snippet also:

"Read also revealed the season-opener is likely to be an epic showdown between heavyweights the Storm and Rabbitohs.

“I’m hearing the season may open with Mebourne vs South Sydney.

“Wayne Bennett vs Craig Bellamy, perhaps the last year of that rivalry with Craig potentially giving it away at the end of next year.”

I’d like to see Melbourne first up to gauge where we’re at.

The Storm in Melbourne, bring it on.

If we fly down to Melbourne, they’ll never let us out.

The Storm have only lost one of their last 17 Round 1 games. I’d rather get them later in the season.

Storm have never lost a Round 1 game under Bellamy.

Good enough reason to avoid them in Round 1.

We should surely only get one dose of the Storm next season…it seems we cop a double dose of that disease every season and always one on their dung heap.
I certainly don’t relish starting the season playing them first up, would much rather the Roosters while the flogging is still fresh in their minds.

Records are made to be broken and Bellamy being the win at all costs type of prick that he is would be devastated as much as losing a GF if that record were to be broken in his last year.

This would also bring an enormous amount of confidence to the side.

Maybe the jet lag when they come back from the inter club championship (if it goes ahead) might knock off some of there edge and enthusiasm.

Love to beat in Melbourne, as it will be a first.

Hope it’s in Melbourne, I could do with a weekend down there

No chance in hell an NRL team will be going to the UK this off season.

We never beat Melbourne in Melbourne, and Melbourne never lose round 1.

But you gotta play 'em some time. Get it out of the way early, get home and regroup.

THE NRL will launch next season with a face-off between supercoaches Wayne Bennett and Craig Bellamy in a South Sydney Rabbitohs v Melbourne Storm blockbuster.

The match will be played on Thursday, March 11, in a return home to AAMI Park after 10 months away from the Storm’s Melbourne fans.

The Daily Telegraph can reveal the opening round of the competition also features Kevvie Walters debuting as Broncos coach against the Parramatta Eels on a Friday night. The Eels obliterated the Broncos 58-0 the 2019 finals at Bankwest Stadium and knocked them off twice last season, 34-6 and 26-12.

But it’s the Bennett v Bellamy showdown that will highlight the opening night. Bellamy was the man the Broncos tried to hire in 2018 which led to Bennett’s stormy departure at the end of that season once it was known he was not wanted.

Storm haven’t played at home since round four last season. It’s likely to be a new dawn for the Storm, who are expected to start the 2021 season without Cameron Smith in their playing squad for the first time since 2001.

Rabbitohs’ superstar fullback Latrell Mitchell will be back from injury, facing off against Melbourne’s Clive Churchill Medallist Ryan Papenhuyzen.

The Warriors have been given a first-round Auckland home game on Saturday against the Titans — the venue dependent on borders being opened.

The Saturday games are still subject to late change with Fox Sports in discussions with the NRL over the schedule.

The Pay TV network will cover the traditional Dragons v Sharks local derby at Kogarah Oval in round one, in the Sunday 6.30pm timeslot.

The NRL is launching on the first two nights out of Melbourne, Newcastle and Brisbane.

The SCG is subject to availability and a possible clash with a Sydney Swans home game.

The NRL hopes to release the full season schedule on Thursday. Anzac Day games will see the Sea Eagles play the Bulldogs, the Roosters up against the Dragons and Storm hosting the Warriors. 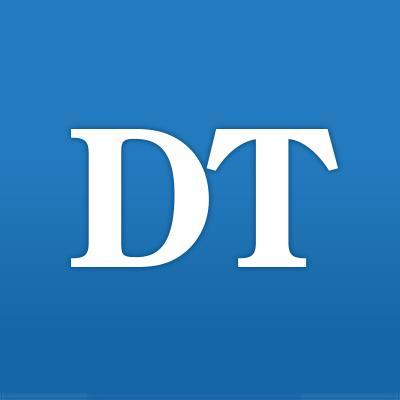 A blockbuster, a derby, a bogey match-up – we reveal every team’s round 1 fixture for the 2021 NRL season. dailytelegraph.com.au/sport/nrl/nrl-…

A full list of dates and timings will be announced tomorrow, when the full 2021 Draw is released.

And all the talk will be how shit we are because we have never won down there. Great start to the season.
Fukn media needs rooting.

Everything may not be as rosy as it once was at the Storm, Brandon Smith believes he has done the right thing by the Storm and has done his apprenticeship under Cam Smith and expects to be the first choice hooker.

Along comes Harry Grant, great debut year with the Tigers, can play 80 mins and plays SOO. There is some talk Brandon will not 100 % happy if not the first choice hooker or having to share the duties.

Brandon Smith aka “The Cheese” is finally back on Waiheke Island with the NRL Premiership ring he promised. And few ‘Waihekians’ are more proud than @sirmadbutcher. https://t.co/gw7iJlsyrN

Waiheke’s own Brandon Smith @nrl #grandfinal winner with the @storm this year he started his rugby league career with the Waiheke Rams will be on TV1 news sport tonight @hecticcheese instagram.com/p/CH9aWGQnOag/…

@MattManukiaTVNZ Thanks for coming over to waiheke yesterday And doing that nice piece on TV about the Waiheke rams & Brandon smith
1 Like
Moon 25 November 2020 06:27 #20

I put this in another thread, but it is also relevant here.

I wonder whether the NRL is scheduling a magic round for 2021.

If so, I wonder whether Souths’ magic round match will again be a Souths home game or whether another team will make the sacrifice?

Didn’t out home game against Brisbane last season coincide with Magic Round in Brisbane and then we had a further game against them there as an away game?