Advance Australia Beware. It was the gesture expected to unite Australian sport but the Wallabies’ ‘Indigenous’ national anthem has split the community.

Rugby: The Australian National anthem received a slight twist as it was sung in the Eora language for the first time at a sporting event.

It was a gesture designed to help unite Australian sport but the national anthem debate has not only split Australia but also the Indigenous rugby league community.

Several leading Indigenous rugby league heroes have strongly denounced the Wallabies’ decision to sing the Australian national anthem in two languages, with Anthony Mundine claiming: “It’s like kicking someone when they’re down.”

But Indigenous rugby league legends Steve Renouf and Larry Corowa have supported the anthem concept that could catch on across national sporting teams.

And the NRL on Sunday said it has no immediate plans to sing the anthem in two languages from next season. The Wallabies during the Indigenous anthem. Picture: Mark Kolbe/Getty1280×720

The Wallabies during the Indigenous anthem. Picture: Mark Kolbe/Getty

Wallabies players learned the lyrics — which are not a direct translation of Advance Australia Fair — in Eora but Mundine and Mitchell claim the original version of the anthem is racist.

“For me, bro, how can I put it? It’s like kicking someone when they’re down. The message of the anthem is wrong. It was putting salt into the wound for Aboriginal men,” Mundine said.

“If they want to change things then actually change the words of the anthem. But you can’t just sing the same original text in Aboriginal language and think it’s going to fly with people.

“It got people talking but it still ain’t the right message. It looks good and sounded good when the Wallabies sang it and it looks like they’re giving back — but they’re not really giving back.

“The original anthem is racially driven from its inception and now they want to do it in Aboriginal language — two wrongs don’t make it right. The anthem is the theme song for the white Australian policy.”

“When will people understand that changing it to language doesn’t change the meaning!” he posted on Instagram with a face-palm emoji.

“Be proud but understand what you’re being proud of. I stand for us, our mob! Be proud of the oldest living culture. Always was, always will be.” 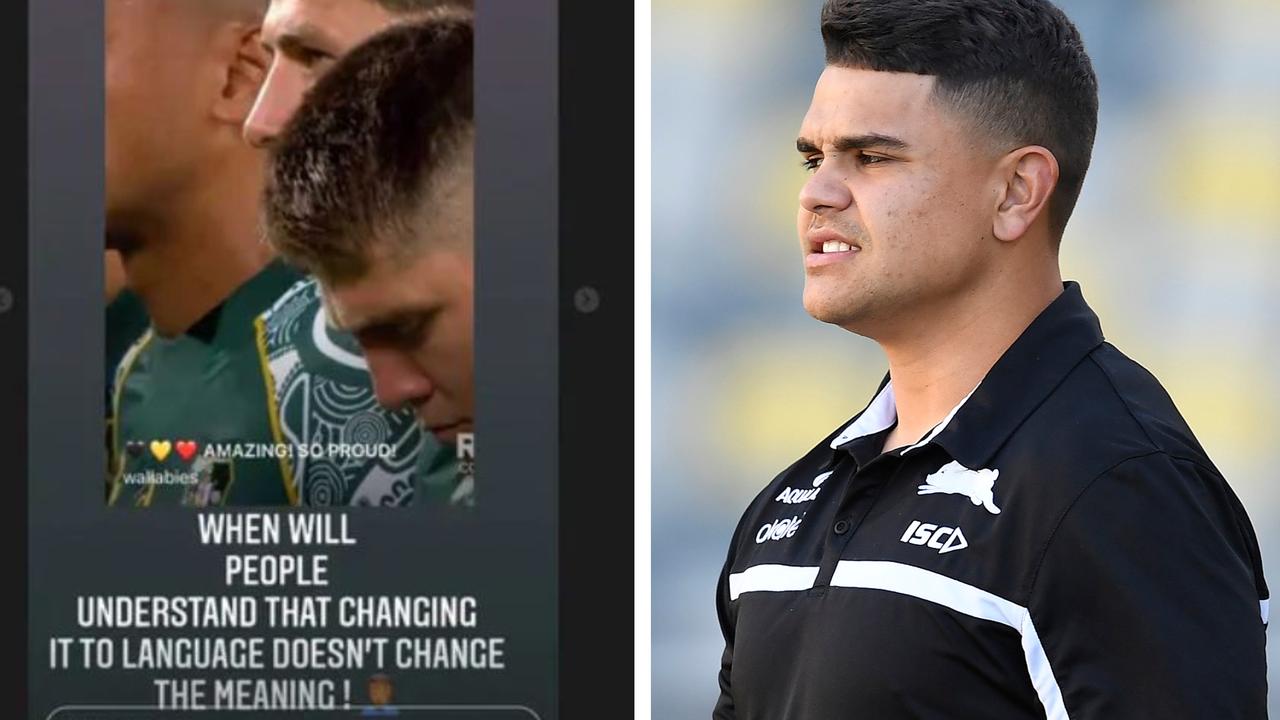 Latrell Mitchell posted on his Instagram page after the anthem.1280×720

Latrell Mitchell posted on his Instagram page after the anthem.

But their sentiments were met with opposition from Corowa and Renouf.

“You know what I’m like, I’m old school,” Corowa said. “Just sing the Australian anthem. I’ve got no problem with the anthem.

“All of a sudden we’re putting politics into sport. I wish they’d just leave the politics out of it. We’re all playing for Australia so let’s just play the Australian anthem.”

Renouf added: “I understand and respect where they (Mitchell and Mundine) are coming from but I think it’s a step in the right direction.

“I think it was a good touch by the Wallabies and there are a lot of Indigenous people happy with that. Good on the ARU, they didn’t have to do it.”

The NRL will consult with two Indigenous advisory groups before considering any change to the anthem protocols for next season. 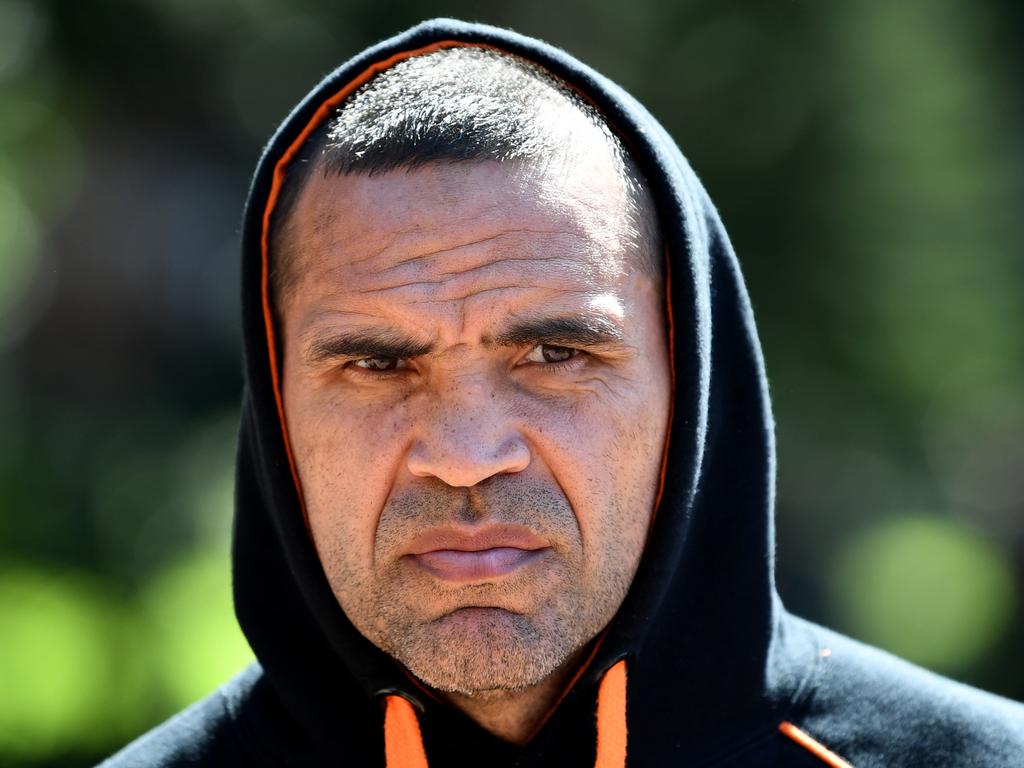 Anthony Mundine said the anthem was a kick in the guts for Aboriginal men. Picture: NCA NewsWire/Joel Carrett1024×768

Anthony Mundine said the anthem was a kick in the guts for Aboriginal men. Picture: NCA NewsWire/Joel Carrett

One of those groups will be the six-member Australian Rugby League Indigenous Council which includes NRL greats Laurie Daley and Preston Campbell.

The NRL started its 2018 Indigenous round with a rendition of Advance Australia Fair sung in an Indigenous language and backed by traditional Indigenous instruments. Another version with a similar concept was performed before Game 3 of the 2010 State of Origin series.

“We have the Australian Rugby League Indigenous Council and then we have an Indigenous senior playing group. They are our voice for what they believe is appropriate,” said NRL CEO, Andrew Abdo.

“We have an informal Indigenous player’s advisory group and I connect with them from time to time on general issues in the game. It’s important to get their views. 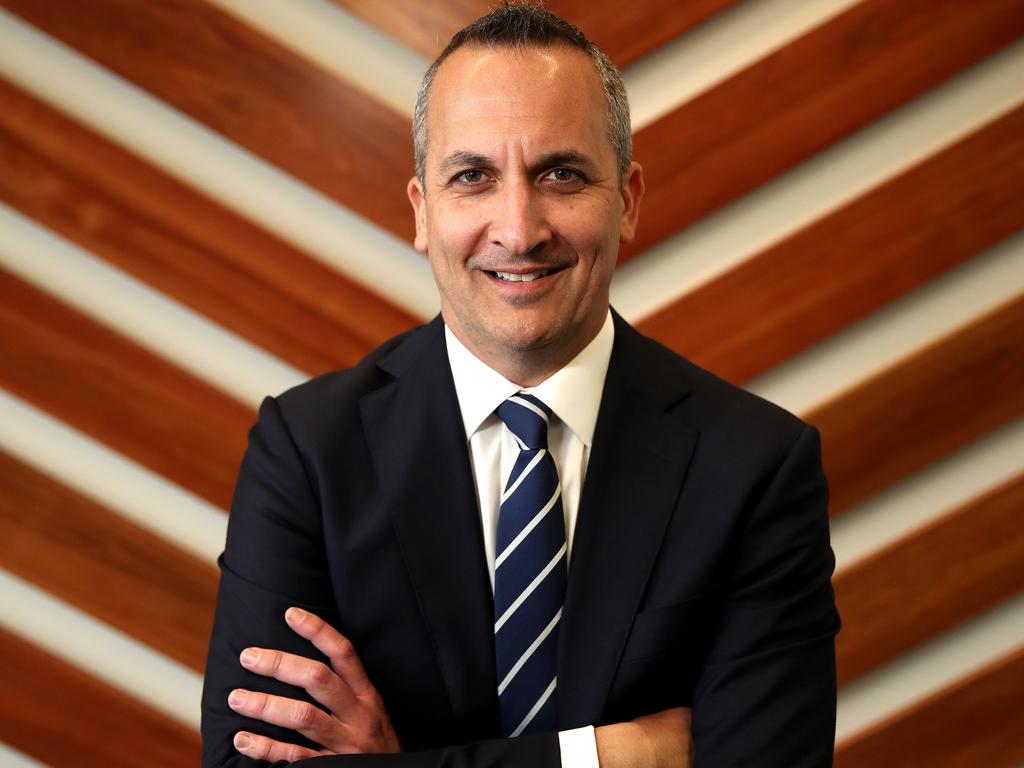 “Cody Walker is on that, Latrell Mitchell, Josh Addo-Carr, Ryan James and Joel Thompson, although he is in the UK now. They are an important voice. They will look at it make a recommendation to the commission.

“The Indigenous Council plays an important tole for us in being a voice of Indigenous people on these types of matters. Clearly the anthem is a very sensitive and emotive issue for a lot of people.

“It’s less about what I think but more about what those bodies think and what is appropriate for rugby league.

“We won’t rush to do anything and take advice from the Advisory Council. It will be carefully considered and luckily we don’t games for a while. We can think about it and consult.

“Ultimately the (ARL) Commission will make a call as to whether we change going forward based on the recommendations.”

Justin Langer sent footage of the Wallabies’ Indigenous language national anthem to his staff on Sunday as the Australia cricket team embraced the landmark cultural statement.

Australia cricket have taken their own initiatives this summer towards reconciliation, with barefoot circle ceremonies before matches and the men’s team wearing an Indigenous strip for the Twenty20 internationals against India.

Langer has taken an active role in consulting with Aboriginal community elders in how his team should recognise culture, and the coach was supportive of what he saw the Wallabies do on Saturday night against Argentina.

It was the first time a joint-language anthem has been performed at an international sporting event in Australia, but its warm reception from cricket suggests the concept may continue to gain traction.

Cricket Australia’s Indigenous Engagement Specialist Courtney Hagan said the Wallabies players deserved credit for their dedication in learning the words to the anthem in the Eora language.

“I think anything that contributes to the dialogue about ensuring the anthem is better to represent First Nations people is good,” said Hagan.

“Yet we still have a long way to go.”

So you’re going to rename it to Advance Australia Yeah, Neat.

Good man that Larry Corowa. Go spend some time with him Choc.

The 3 things i would like to see before I pass away: Change the anthem, change the flag and change the constitution to remove the English Royal Family as the head of state. The anthem is shite, even though I voted for it as it was better then the rest, the flag is shite and the Queen is great for the poms but not us, we are not English.

I concur, but none of the above will happen without bipartisan political support…

Until a viable alterative comes up not much will change

I think lots of people are happy to change

But there are a lot of people who are happy for the status quo too. Problem is they are the majority and one reason why we are not a republic yet.

All of this gets mixed up with the republic debate

https://www.maorilanguage.net/waiata/e-ihowa-atua-nz-national-anthem/&usg=AOvVaw0MbgTi09Nl1BQrlWvd8JtQ
E Ihowā Atua - NZ national anthem - Māori Language.net
www.maorilanguage.net
Here is a version of the New Zealand National Anthem in Māori – It is commonly heard before the English version at most national and international events now. The Māori version was written by T H Smith in 1878 and is not a direct translation of the original English lyrics penned by Thomas Bracken in 1875. 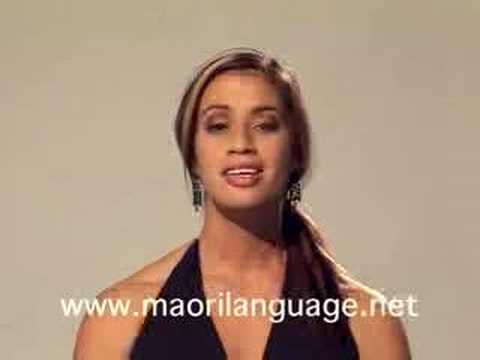 Here is a version of the New Zealand National Anthem in Māori – It is commonly heard before the English version at most national and international events now.

The Māori version was written by T H Smith in 1878 and is not a direct translation of the original English lyrics penned by Thomas Bracken in 1875.

The second is ‘Die Stem van Suid-Afrika (The Call of South Africa)’, which was the country’s national anthem during Apartheid.

When South Africa won the Rugby World Cup back in 1995, the powers that be officially decided to acknowledge both songs as national anthems.

The anthems were played alongside each other at the tournament, and two years later, they merged into one song.

What are the lyrics? 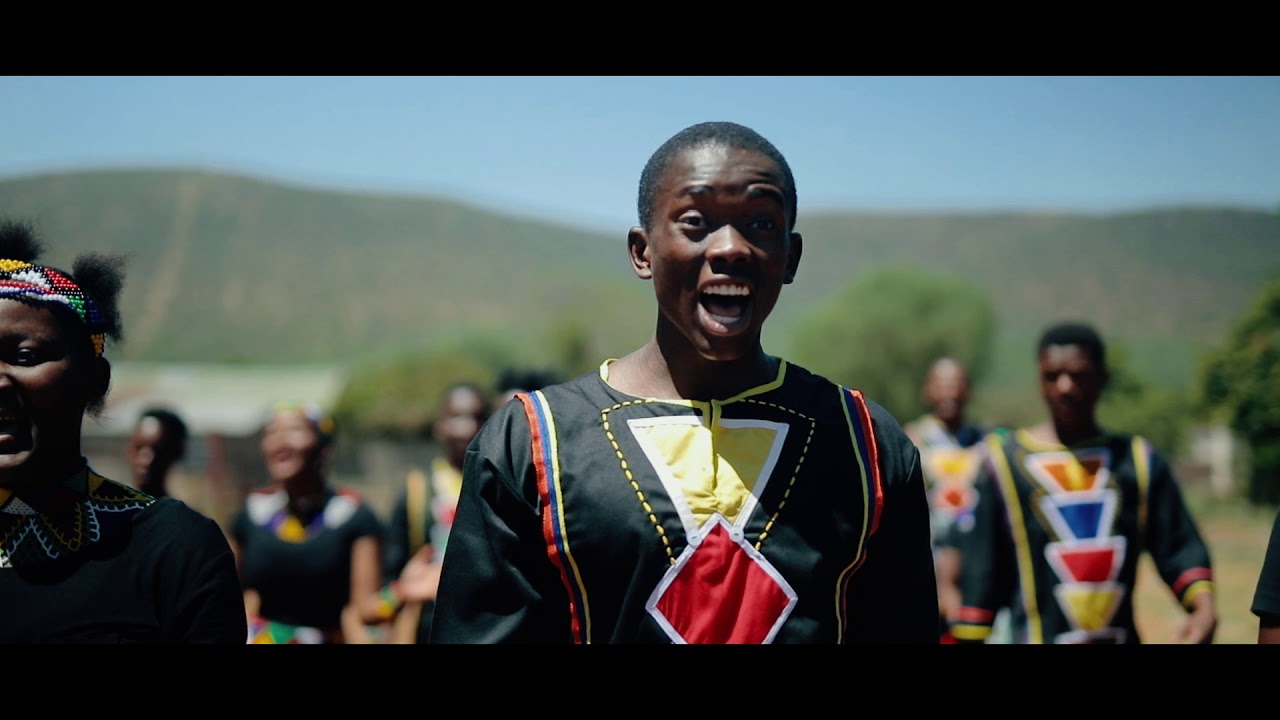 You can find all the lyrics below, along with an English translation.

Sounds the call to come together,
And united we shall stand,
Let us live and strive for freedom
In South Africa our land.

What are the lyrics translated into English?

Lord bless Africa
May her glory be lifted high,

Hear our petitions
Lord bless us, your children.

Out of the blue of our heavens,
From the depths of our seas,
Over everlasting mountains,
Where the echoing crags resound,

Sounds the call to come together,
And united we shall stand,
Let us live and strive for freedom
In South Africa our land.

Shame we don’t have any Lords in Australia, otherwise we’d be sweet.

Really wish Trell and Mundine would use their platforms to educate instead of straight come out firing. Two wrongs don’t make a right, correct choc but fighting fire with fire also isn’t right.

They mean well but they go about it the wrong way and it makes people defensive.

No better sight in rugby league than Larry Corowa streaking away.

We live in a country where your options can be expressed. Latrell & Anthony are no different, that’s there opinion & if you agree or disagree is a matter of everybody’s debate.

A couple of thoughts on the anthem issue. It’s a start in good faith and should be seen as only that.
It seems to me the gesture was genuine and respectful otherwise it wouldn’t have flown. The translation was a great effort to align the Eora dialect to the English language. There seems room to negotiate. I don’t listen to sideline noise coming from the young fellas like Choc and Latrell even though I respect their passion. I think opinions and sensible debate has to start from some of the old timer activists if there are any still living. Last thing, the young girl who sang the anthem, respect to her efforts but it was the wrong thing to allow someone from another tribal group to sing in Eora language on Eora land. Traditionally there are things you just can’t do according to lore.

In spite of Mundine coming out against the ARU’s gesture, I’m still not entirely sure what is systematically racist about the national anthem. I generally avoid the conversation, as I know it’s a painful one for some, but I don’t get what’s so had about our anthem. Can someone explain it to me?

Well, let’s start with “For we are young and free”. I’m not sure how that relates to 40,000 years plus of indigenous life here!

And what about “For those who’ve come across the seas, We’ve boundless plains to share”
Yeah, right!

I can see why indigenous people have problems with the lyrics.
Judith Durham’s version is more inclusive: 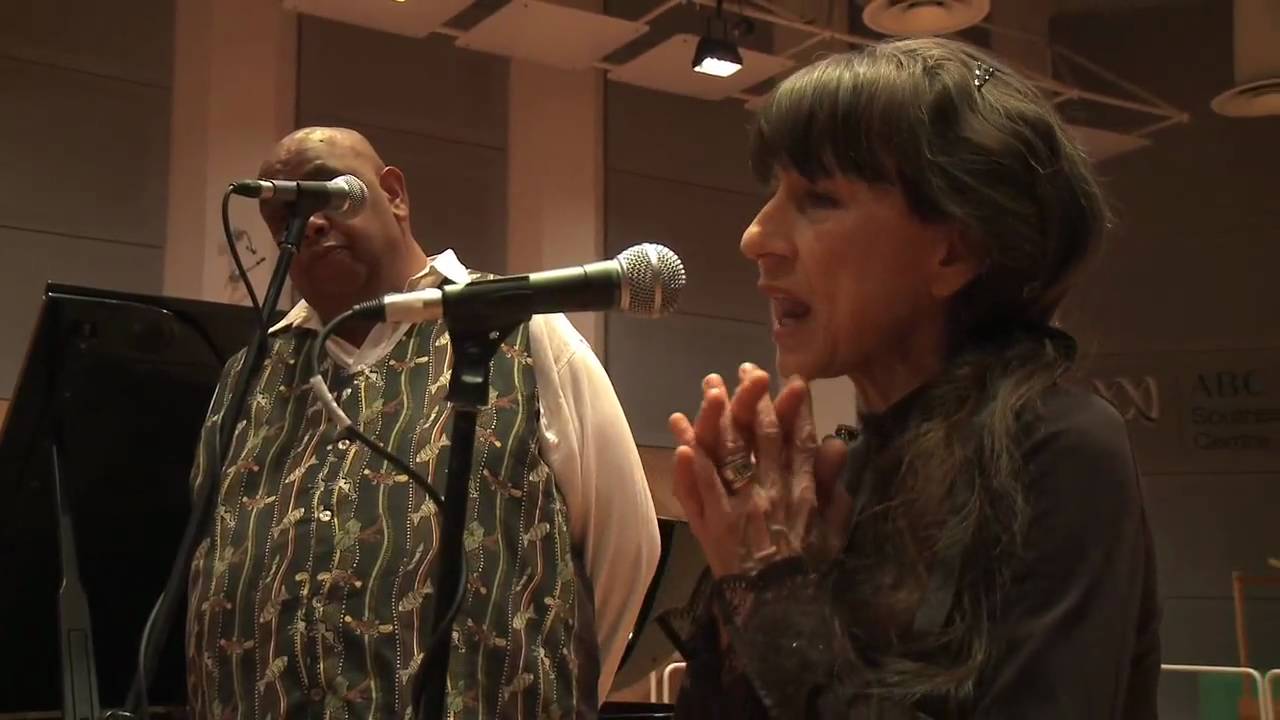 For sixty thousand years and more, First Peoples of this land
Sustained by Country, Dreamtime told, by word and artist’s hand.
Unite our cultures from afar, in peace with those first here,
To walk together on this soil, respect for all grows there.
*From everywhere on Earth we sing, Advance Australia Fair. *

In times of drought and flood and fire, when all but hope is gone,
Australians join with helping hands, and wattles bloom again.
Tomorrow may this timeless land, live for our young to share,
From red-rock heart to sun-filled shore, our country free and fair.
Beneath the Southern Cross we sing, Advance Australia Fair.