Now that NSW is in lockdown again and a vast majority of forum members can’t attend games, I thought it would be fun to revisit some matches from the past. From the available videos online I will select one Souths match every day from each year, starting from 1964.

There are not too many games available online from those early years, and some are highlight packages.
I’ll start with this one, titled ‘FIRST EVER TELEVISED GAME OF RUGBY LEAGUE 1962’ which it isn’t.
It’s actually from 1964- highlights of the round 9 match against the Berries at Belmore. Your commentator is Rex Mossop. 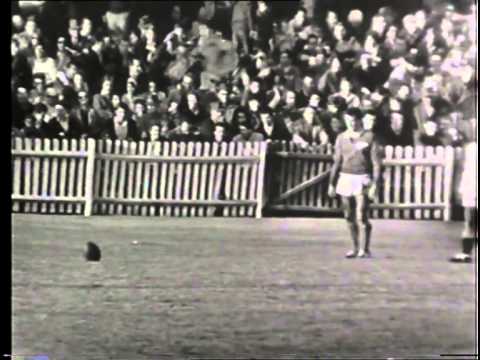 Is that Mossop commentating?
Edit: Yes it is I just saw the intro. Hadn’t realised he’d been around for that long.

Our jerseys weren’t great in black and white!

And on September 18, 78,056 fans crammed into the SCG to watch a young Souths team take on the all conquering Dragons, who had won the premiership 9 years in a row: 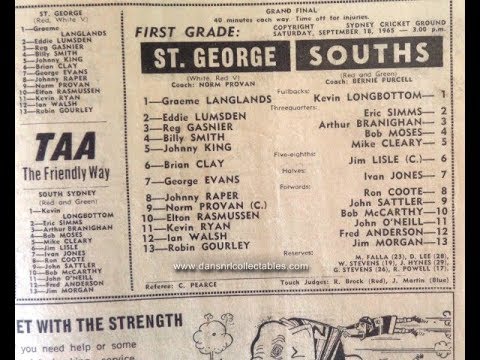 And on May 8th the Rabbitohs faced off against their arch enemies Easts at the Sydney Sports Ground in round 6. Souths had had a shaky start to the season, winning 2 and losing 3, while the Chooks were winless. Thankfully for us, a gentleman in the crowd filmed the match with his 8mm camera… 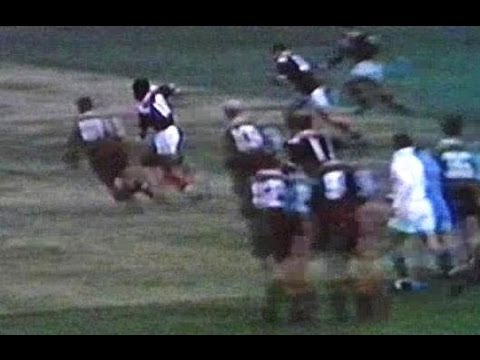 What a side…reserves Gary Stevens and brother Wayne

After St George roll along to their 11th straight title in 1966, and interest in rugby league starts to wane from watching teams’ boring and predictable play of forward after forward hitting it up until close to the tryline under the unlimited tackle rule, the NSWRL announce a radical rule change of a 4 tackle rule. They hope this will encourage open play with lots of passing rushes.

Minor premiers Saints get knocked out in the semis by Souths and Canterbury. The Rabbitohs are into their second Grand Final in 3 years, and the Berries are into their first since joining the comp in 1947.
The Grand Final is the first live televised broadcast of a football grand final of any code in Australia: 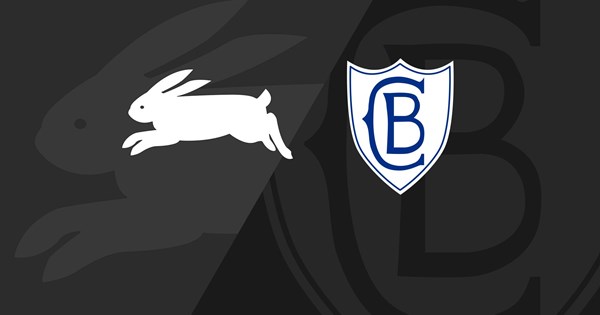 The 1967 Grend Final was of course the occasion of Bob McCarthy’s famous intercept try, and Souths won the match 12-10, their 17th premiership, and first since 1955.

By the way, loving these flashbacks DD - looking forward to when you get to my era of watching, from the late 1970s.

I remember the 67GF as if it was yesterday. Was one of the best days of my life.

The best I can say is that I was alive! I was a few weeks short of my first birthday! The Grand Final of that run I can make any claim to was 1969 (when I was just short of 3). Family legend has it that I took advantage of the whole neighbourhood watching the game to help myself to multiple banana paddle pops from the local shop!

Has special meaning for me too.
I was 6 yrs old and it’s one of my earliest clearest memories.
I remember watching on TV with my parents, both Rabbitohs, which I didn’t really understand back then.
Their passion and excitement during the game mesmerised me. I became a tragic from that day and the journey continues onwards.
Lost Mum suddenly a couple of years ago and Dad now in nursing home with dementia, but their memories come flooding back every time I think of the 67 GF😄

That is way better.

Still remember going to 5 consecutive GF’s as a child like it was yesterday 67-71.
The only things that matched my excitement for that was winning free Glugs and Sunny boys.

January 21: One of the most controversial battles of the Vietnam War begins – The Battle of Khe Sanh.
February 29: The Beatles album Sgt. Pepper’s Lonely Hearts Club Band wins the Grammy Award for Album of the Year, becoming the first rock LP to win the award.
March 16: Robert F. Kennedy announces his presidential campaign.
April 4: Martin Luther King Jr., United States civil rights activist, is assassinated in Memphis, Tennessee. His assassination leads to riots in more than 100 cities in the United States.
May 28: Kylie Minogue, Australian actress and singer, is born in Melbourne, Victoria.
June 5: Robert F. Kennedy is shot three times by Palestinian Sirhan Sirhan, who also wounds 5 others at the Ambassador Hotel in Los Angeles, California. Kennedy dies from his wounds the following day.
July 1: The Nuclear Non Proliferation Treaty is signed by the United States, Britain, the USSR and 58 other nations.

And on Saturday August 24, the SCG is packed with 40,000 fans as Souths face bitter enemies Easts in the final round. The Rabbitohs are clinging to a 1 point lead in the premiership, with the Roosters 2 points behind them in 3rd spot. It’s a must win game for both teams- for Souths to take out the Minor Premiership and assure themselves of a top 2 finish, and for Easts to also give themselves a chance at a top 2 finish. What transpired was later agreed by most as the match of the year, including the Grand Final. 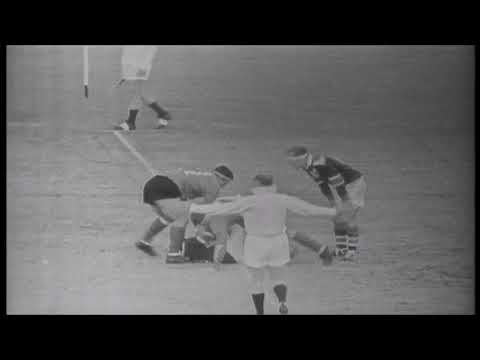 Yep, I was the same went to all of those. In 67 I was 11. Stayed at my grandmothers in Erko the night before the game. Went to the game on my own, got to the ground before the gates opened. Waddled past all the long queues a couple of big bags in hand filled with blankets, sandwiches and thermos of tea and coffee. Went to the complimentary ticket gate which had no one waiting there. Got some snarky looks. When the gates opened my gate was first. I went through handed over my players ticket to Otto Frost who knew me then ran to get the best seats I could in the old Brewongle Stand. I spread out the blankets and held those seats till my mum, dad, brother and grandmother came along a few hours later. Those were the days. As I think back it was great the support I got from older Souths supporters around me ensuring that I did not get bullied to make room for people.

Then the coaches got hold of the game

January 30 : The Beatles give their last public performance, on the roof of Apple Records. The impromptu concert is broken up by the police.
February 9 : The world’s largest aeroplane, The Boeing 747, makes its first-ever commercial flight
March 25 : John Lennon and Yoko Ono stage a bed-in for peace in Amsterdam.
April 22 : Robin Knox-Johnston becomes the first person to sail around the world without stopping and entirely on his own.
May 12 : Placed in solitary confinement for seventeen months, Winnie Mandela is detained under South Africa’s Terrorism Act.
June 2 : 74 US sailors are killed as the destroyer USS Frank E. Evans is sliced in half by the Australian aircraft carrier Melbourne during NATO manoeuvres off the shore of South Vietnam.
July 20 : Neil Armstrong becomes the [first man to walk on the Moon.
August 8 : Cult Leader Charles Manson and a group of his disciples murder five people including Sharon Tate, in her Los Angeles home.

And on September 20th, odds- on favourites Souths take on Balmain in the Grand Final at the SCG in front of 58,825 fans. The inaugural Rabbitohs cheerleading squad strut their stuff before the team runs out, and club stalwart/historian Albert Clift dons a large rabbit head as the team mascot. All is set for the Rabbitohs to take out their third title in a row… 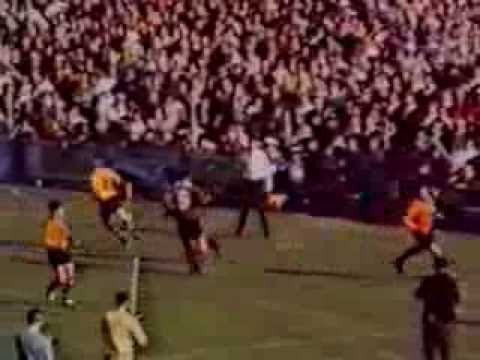 Be good to find this full colour replay

Not just a highlights package