PATH TO THE DRAFT

With the NFL Scouting Combine in the rearview mirror, NFL scouts’ next assignment will be attending pro days at colleges across the nation. One that will draw the interest of many of those scouts will take place in Tampa on Saturday, March 24, when Australian-born Jordan Mailata – a recent rugby convert who moved from Sydney to the U.S. in January – gets his chance to strut his stuff.

Mailata, a 20-year-old of Samoan origin who played professional rugby for the South Sydney Rabbitohs, is working on making the conversion to offensive tackle in the NFL. At 6-foot-8 and 345 pounds, he has the size to make that conversion, and his recently timed 5.00-second 40-yard dash would have ranked among the top five at his position at the NFL Combine, a hair better than potential first-round OT Connor Williams did it at 50 pounds lighter.

Mailata is working to hone his game at the IMG Academy in Bradenton, Fla., under the watchful eye of Aden Durde, the coach responsible for Moritz Boehringer’s meteoric draft rise in 2016.

Durde’s attention was drawn to Mailata’s skills after watching a YouTube video (see video above) sent to him by Mailata’s agent, Chris Orr, that showed his incredible combination of size and athleticism.

After a team of coaches worked Mailata out in Los Angeles in December, they brought him to IMG with the goal of preparing the draft-eligible player to showcase his skills at a pro day three months later.

It has not all been plain sailing for the recent convert to football.

“I went there not really understanding the level of athleticism and skill the guys up front at the line of scrimmage had,” Mailata said after spending a few weeks learning an entirely new sport. “But now having been put through the many drills and testing, it certainly opened my eyes to how good the NFL athlete is. I am looking forward to the challenge and feel confident I can succeed, but I now have a lot of hard work in front of me before I can start thinking of wearing an NFL jersey. This is just the start of my NFL journey.”

Despite the early setbacks, Durde has been impressed with his student’s application to learning the sport and progress toward his goal.

“Jordan has worked really hard to pick up a sport that he knew nothing about when he arrived in Florida at the start of the year,” Durde said. “His physical talents are overwhelming and stand him in good stead for success in whatever sport he wants to participate in. But so much of football is technique, and he has been really focused on getting that part of his game right.”

While Mailata is far from a finished product, coaches and scouts who subscribe to Bill Parcells’ “Planet Theory” – that there are only a finite number of men on Earth that have the size and athleticism to play pro football – could be intrigued enough to spend a late-round draft pick on this freakishly talented international athlete.

Here is the video, makes for good viewing

It was fun watching him hit the ball up leaving a trail of destruction. Dont think i’ve laughed so much with one particular player.

Assuming he doesnt make it, I wonder what he would do wth himself next.
Was he told he wasn’t going any further in the league, or was he “following his dream?”
I loved watching him play

That’s pushing it a bit. He played NYC. Not even sure he played for the Bears.

Technically speaking he may have been on a junior / development contract, but that hardly really counts as playing professional “Rugby” for the Rabbitohs.

He was almost too big to make it in the NRL.

I think he would’ve been an interesting project but the repeated efforts the game demands especially at NRL level would mean he’d get found out pretty quickly.

Although as above, he was awesome to watch in the 20s. Even him just sitting on the bench was hilarious.

That’s pushing it a bit

On the topic of U20s who went really well last year, does anybody know how Beau Cordtz is going?

Also, has Hamlin made his debut for Wigan?

Hamlin I think played against us during the pre-season doubleheader and he was on a Wigan teamlist in the ESL too.

Even him just sitting on the bench was hilarious.

Haha so true. Its a pity there cant be some concession made in the rules so he can just keep playing in u20s the rest of his footy career. He’s a real crowd pleaser. The best was the warriors game at redfern last year when he played his longest stint.

I reckon he would have slayed it in League if he stayed.

He would have dwarfed Solomona on the field . I saw him at Coogee last year . He is as big as Will Skelton but more athletic from what I saw

Havnt found anything either. Maybe once Ron Massey etc plus CRL comps start.

Dunno where these guys went yet either.

Not sure what happened with Phoenix Hunt and Parra or Abbas Miski and Penrith. Mightve ended up elsewhere?

Didnt have the stamina required. No where near it. Woulda been a massive liability in defence. I dont think he’d even be at RG level.

If the yanks get him half fit it will be interesting

But Rustys US connection has impacted us

Tell you what, the Tweed Heads Seagulls looks like somebody decided to take half the U20s and Bears players from 2017:

Had a look at their highlights from week 1, but it didn’t look like Cordtz played. Spotted Levido though. 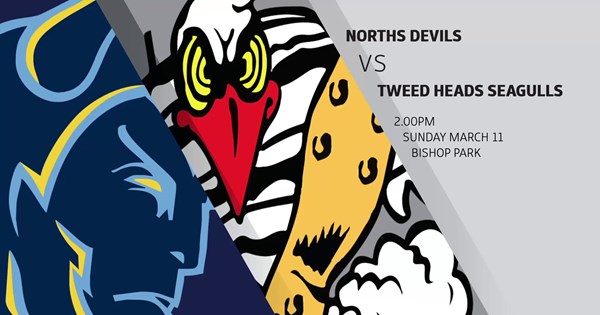 Didn’t he head back to union at the end of last year?

Any chance of having some monster run on the field was killed off by the reduction in interchanges – something brought to apparently encourage the little guys and bring exhaustion back as a game factor. Didn’t make much sense then, or now.

I’d like to see the period 15 minutes from halftime and 15 from fulltime a zone when you may bring on 1 or 2 pinch hitter type players. The type of player that could play in these zones would be up tp the clubs: monsters, kickers, speedsters, hookers, halves…

It would add some excitement and allow a place for the George Roses and Jordan Mailatas to play the game. They’re great to watch.

We had a fresh bloke sitting on the bench eating red frogs instead of playing minutes the other day.
A 130kg wrecking ball would have been useful for 15 minutes.