He’s the man — or boy — everyone wants to see, but fans will have to wait with Joseph Suaalii pulled from the Sydney Roosters’ squad at the last minute.

The much anticipated Sydney Roosters debut for rising star Joseph Suaalii has been delayed for another week.

Suaalii, 17, was expected to play in a composite rookie Roosters side against Wests Tigers in an unofficial trial on Saturday at Camden.

Roosters officials have now decided to shield Suaalii until next Saturday’s NRL trial match against Canberra at Seiffert Oval.

Another young player of note, Sam Walker, will also be rested from the Tigers game.

It is expected Suaalii and Walker will play for the Roosters feeder club, North Sydney, next Saturday in Queanbeyan.

Well-placed sources believe one reason the Roosters may have rested Suaalii was due to the massive media presence expected at Camden. That media throng may not be so large in Canberra.

Despite their youth, Suaalii and Walker are certain to play some role in the Roosters’ premiership charge this season.

Suaalii is among the most hyped teenagers of the modern era.

The Camden trial will kick off at 6.30pm

Similar schoolboy prodigies have warned Joseph Suaalii will play with a whopping ­target on his head.

Suaalii, just 17, will be quickly reminded he is now playing a “man’s game” and could be “smashed”.

One of the most hyped teenagers of the modern era, Suaalii – chased by the ARU, Waratahs, South Sydney and Wests Tigers – captures plenty of attention.

And attention for Suaalii will also arrive on-field.

With little football played last year, fans have had to rely on a couple of short highlights clips of Suaalii to get an indication of his talent.

“If you saw him running cross field, you would say: ‘Here comes that young gun, I want to give it to him and smash him’,” said former champion lock Paul Langmack.

Greg Alexander said: “Anyone that makes a tackle on Joseph Suaalii will know who he is and they will want to show him this is a man’s game.”

Alexander emerged as a schoolboy sensation from Patrician Brothers’ College, Fairfield, in 1983 and was as a target from the outset. 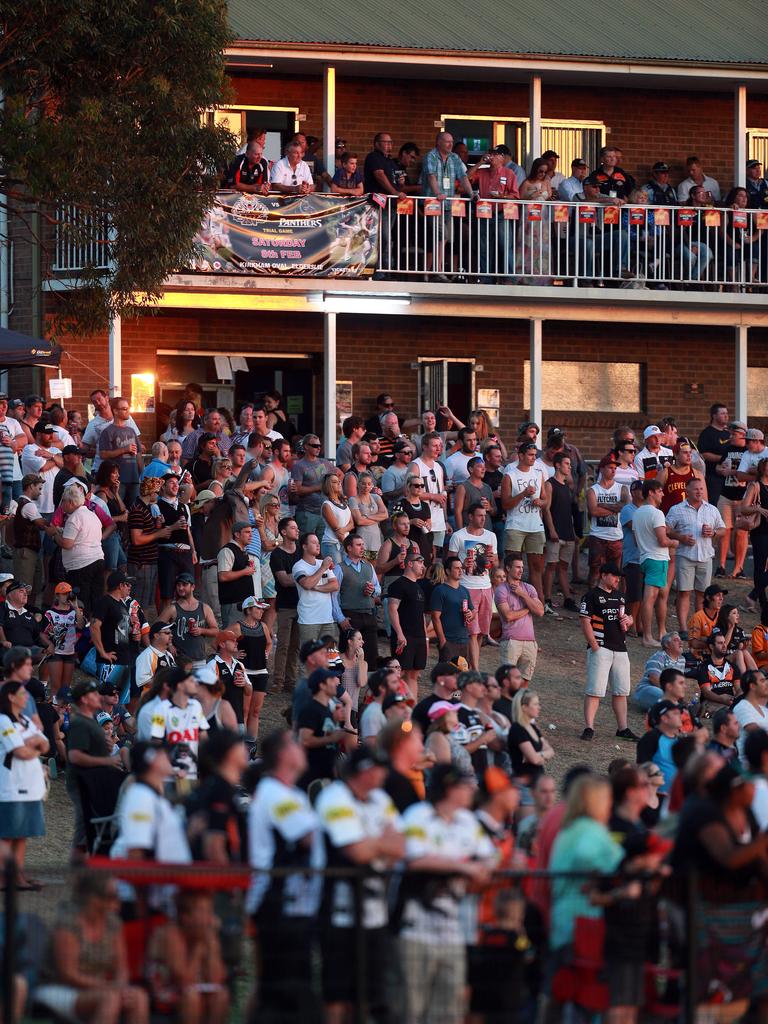 A packed out Kirkham Oval, Camden.

“The game has changed enormously since I made my debut but it still doesn’t change the fact that anyone with a name coming into first grade generally has a target on them,” Alexander said.

“When you come up against some pretty seasoned, tough, hard men, they will like to think they can show you a thing or two as well.

“There is no doubt there is increased pressure on those boys who have come into first grade with a reputation as someone who has made headlines ­before playing first grade.

“The expectation is greater and you feel that as a young player. You know people are expecting you to be really good right from the get-go. When you’re a freakish talent like he obviously is, that’s just part and parcel of it.”

“There would be a target on him that says: ‘I want to try and smash him’ and ‘welcome to grade’,” he said. League legend Greg Alexander knows what it’s like to have a target on his back.1024×769

League legend Greg Alexander knows what it’s like to have a target on his back.

“I remember my first game for Canterbury was in third grade and (then St George forward) Bruce Starkey elbowed me in the head and knocked me out. I woke up in the dressing room.

“The game has cleaned up since then and there would be nothing illegal but they will want to tackle him harder. The hardest part is getting used to it but, once you do that, you excel.”

“He will be playing against people that are stronger than him because he is still developing. The hardest part is getting used to it but, once you do that, you excel.”

Suaalii will handle anything physically – he stands 196cm and weighs 98kg.

Souths players were stunned at Suaalii’s toughness when he trained with the Rabbitohs’ NRL squad at the start of last year.

@SuperCoachNRL @BulldogRitchie I think Latrell Mitchell’s club debut last season was bigger at a sold out Glenn Willow Oval in Mudgee. But what would I know. @SSFCRABBITOHS @RabbitohsRadio
3 Likes
OscarWinningRabbit 18 February 2021 18:33 #3

Suaalii reminds of that fish I almost landed. Every time I tell the story the fish gets bigger & bigger

I think Ponga was the same.
Turned out a superstar and I hope for the kids sake he does as well.
Don’t blame him for going to Roosters when you consider we are changing coaches, have an aging halves combo and that Latrell will be FB for 5-7 years.
Good luck to him. I’ll be watching him with interest.

Him going to the Rorters still irks me a lot. If he gets smashed then so be it.

Problem is with Suaalii is everyone knows who he is now and has allot of hype to live up to for such a young man… he is still a teenager. So the opposing team and fans in stands will be on his case every move he makes and being a kid who has never played consistently against men he will make allot of mistakes and all of them will be under the microscope whilst most youngsters coming through will only have to learn from the experience. Suaalii won’t have that type of luxury.

How he handles this will he the biggest question but I have no doubt he will be a solid player.

Only Souths fans I’d say. Just another kid trying to make it to any others.

F— him, another dirty Rotter to hate.Hope he gets smashed every week.

When a big lump of lard
Ends up in the rorters garb
It’s Suaalii
Bells will ring ding a ling,ding a ling
When he gets hit by Papalii

Pongs has not lived up to the hype.
He has a good game here and there against the lower sides, but had done fark all against anyone decent

I agree. He has shown his ceiling is extremely high but like many he hasn’t found any consistency in his performances.

This should be moved to the “other trials” thread

No longer a Souths player

He wanted to find out what the contents of the Brown Paper Bag were.

I was thinking today is that as Sualli has gone to the Roosters that Taafe now has an opportunity to play fullback.

Suaalii Suaalii ay!
bound for Botony Bay
but he went the other way.

He shit his nappy!

I don’t rate Ponga to be honest, he is basically a Fullback’s version of Shaun Johnson - Has flashes of brilliance but is a terrible defender and goes missing when it counts.

Geez I rate him the most naturally talented player in the comp.

Seriously who cares anymore about Suaalii.

Followed by Keary and Gus, then Nat?

It’s like the 70’s all over again.
When all your heroes were South Sydney boys.