NRL legend Greg Inglis hasn’t played a game in over two years - but this weekend, he is back in action.

The 34-year-old was forced into retirement in 2019 due to a knee injury, with his time at the Rabbitohs cut agonisingly short.

But in the midst of the COVID-19 pandemic last year, Inglis shocked the rugby league world when he signed a one-year deal with Super League club Warrington Wolves.

This weekend, G.I will make his debut for his new club and it will mark an incredible return to rugby league.

Wolves coach Steve Price said it is exciting for both the club and for Greg.

"There’s no expectation from us, we just want to see him enjoying his rugby again.

“He’s on schedule, he missed a fair amount of rugby having not played for two seasons, he’s got to get his body right.

"We’ve got a responsibility to get him right so he can stay on the field for the duration of the season.

"He’s in a good shape physically and mentally.”

Inglis has battled with mental health issues for many years, and to see him overcome his demons and get back on the field at the age of 34 is an incredible story.

The superstar fullback or centre is one of the most destructive players to play the game, and dominated at club, Origin and international level during his career in Australia.

RUGBY league superstar Greg Inglis has proposed to Alyse Caccamo in England. The pair met while Inglis was playing for South Sydney and Caccamo was working at the NRL.

They are in England as Inglis prepares to make his long-awaited Super League debut for Warrington against Hull KR this weekend.

Caccamo posted on Instagram that “the way it all unfolded is something I will cherish forever”.

“Yep, did cry the whole time.”

“Greg will be in the 17,“ Price said. “You‘ll have to find out on game day whether it’s off the bench or starting.

“There is no expectation from our point of view, we just want to see Greg enjoying his rugby league again.”

All the best to the big fella, hope he kills it, but most of all enjoys his footy and his future with Alyse

Any Idea what time the game is played please .

Many thanks
I shall look for a link to the game.

Thanks for that I shall look tomorrow. 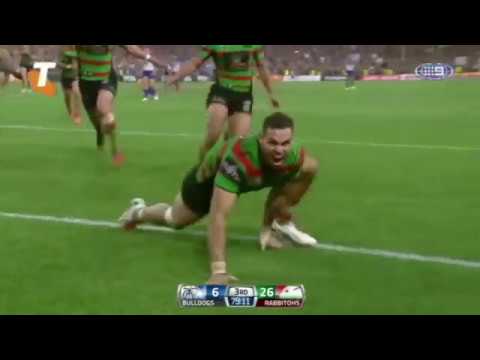 Do your thing G.I…Greatest Indeed

I believe it will be streamed to members only

Thanks mate but the link wants you to sign up ‘free’ but they ask for a credit card…thanks but no thanks.

Nah, I watch all the games there.
You ignore 90% of the links and all of the pop ups.

If I get some time, I’ll walk you down what to choose.

1stly, You gotta wait until the game starts. Maybe 3 mins before is OK.
Then, go here and choose Rugby
https://www.viprow.me/

Then, you have a list of all the games.

Choose your game. You may get a few pop ups. Just close them.

Press on one of the Links that automatically open up under the game you selected.
I usually go with the 2nd last channel Link 2.

Let it load the screen. You will see a timer that says something like, “this will start in 10 seconds.”
Let the timer count down and then press the coloured link that appears beneath it.
Then, press the Start Arrow in the middle of the screen.
Usually, the game starts!
“Ignore all of the other links and promises”
If it doesn’t, refresh the page and go through the process again from the Timer part. I watch all of the games there and usually without much hassle and NEVER with a Credit Card.

What time is the game on in Oz if played?

Hope the people that watch the ESL get to experience the “magic” that we did. Go Greggy!

GI is in the run on team. His opposites are Kenny Dowell and Brad Takairangi.

Massive fail by the ESL. The game isn’t even televised.

Foxsports were broadcasting all the ESL games a month ago. Now nothing