1: Corey Allan — Former Broncos junior who Richardson signed before he’d played NRL
. 2: Alex Johnston — Star local junior. “You didn’t have to be a genius (to recognise his talent),” said Richo.
16: Jed Cartwright — Souths chased him hard four years ago when he was at Gold Coast but he chose Penrith.
4: Dane Gagai — The only big-money recruit on Souths’ roster when he came down from Newcastle. 5: Jaxson Paulo — Came through the Gold Coast system, Souths signed him while playing for Burleigh Bears.
6: Cody Walker — Never made it at Melbourne or Gold Coast but now up with best in the game.
7: Adam Reynolds — Another local junior who got his shot after Chris Sandow signed with the Eels.
8: Tevita Tatola — A Tigers offcut that Willie Peters recommended, came on a minimum train-and-trial contract. Now a contender for NSW.
9: Damien Cook — Arguably the game’s greatest success story given his previous struggles at the Dragons and Bulldogs.
10: Tom Burgess — The last of the Burgess brothers to arrive at Souths, has now played more Tests than any of his brothers.
11: Jaydn Su’A — Came to Souths to play under Bennett. Seen as new Sam Burgess-type enforcer. 12: Bailey Sironen — Another Tigers reject who came for minimum wage. Was on the bench for Wests in NSW Cup when Ben Rogers told Richo to sign him.
13: Cameron Murray — “You’ll remember we didn’t sign Nat Butcher,” Richo said. “He went to the Roosters because he wanted ridiculous money. But we also knew we had Cameron Murray.”
14: Mark Nicholls — Another minimum-wage cheapie. Was a backup in Melbourne system.
15: Liam Knight — Came from Canberra after previous stints at Manly and Roosters. “We got him cheap, really cheap,” Richo said.
17: Keaon Koloamatangi — Son of a Mascot junior who grew up near Blacktown. His dad drove him in for training every day so he could be a Souths junior.
19: Hame Sele — Another minimum contract signing. Joined Rabbitohs late in the pre-season after previous stints at Dragons and Panthers.

“You’ll remember we didn’t sign Nat Butcher,” Richo said. “He went to the Roosters because he wanted ridiculous money.

Lol…little dig at the sombreros.

Can’t wait to see Keon and our bench boys rip in and prove the media wrong today, what a good story!!!

It’s interesting how we have built such a good team from a lot of players that struggled to get game time their previous clubs.

It’s one of the best coaching efforts I have seen in a long time . Whoever comes into the side does their job well .

I wish Sele didn’t play tonight. He’s he was shit.

Didn’t Butcher player for the Roosters as a 16 y/o? Wanting too much money seems a bit of a reach? Seduced by the dark side perhaps, but money I would think only would have been achievable after he had had some success at the Roosters.

Interesting, but I wonder if other teams are all that different?

You’re always going to have a handful of players fought aggressively for in the open market and sometimes outbid from their current club (Nathan Brown).

Add to that genuine local juniors, and juniors brought into the system by being bought from elsewhere, plus fringe / reggie adult players brought in for depth who develop OK (Toby Rudolf).

Finally, the total dark horses who were out doing regular work and then signed on low deals (Talakai).

I’d love to see a breakdown by club.

17: Keaon Koloamatangi — Son of a Mascot junior who grew up near Blacktown. His dad drove him in for training every day so he could be a Souths junior.

This does it for me… he will become a favourite.
Actually I was waiting for him to come on against the panthers.

Wish I could take the credit, it is from the Telegraph

The salary cap space freed up by the retirement of Ethan Lowe and the projected departure of James Roberts gives Souths a chance to bolster their squad into a premiership force.

The Rabbitohs have fallen one game short of the grand final for three straight seasons, but with some room to move in their cap they can make some astute signings.

Here’s what the Rabbitohs can do with their cap space to become one of the leading title contenders in 2021 and beyond.

Wayne Bennett has gone on record as saying the Rabbitohs are not interested in Josh Addo-Carr, but we have seen Bennett do contract backflips in the past, most notably luring Roberts himself from the Broncos.

Jaxson Paulo is a good up and coming winger, but Bennett said himself he wasn’t that impressed with the youngster until he starred in the preliminary final against the Eels.

Campbell Graham is a lock for one centre spot, while Dane Gagai is proving Bennett wrong that he can be a viable centre option and has Braidon Burns and Steven Marsters bolstering the centre stocks.

However signing Addo-Carr, who is close friends with Cody Walker and Latrell Mitchell would give Souths arguably the most damaging back three in the game.

Alex Johnston is the highest try scorer in 2020, while Addo-Carr is fourth on that list and is arguably the fastest man in the NRL.

The Storm winger is desperate to return to Sydney for family reasons and despite showing interest the Tigers and Bulldogs have been unable to offer a like for like replacement as yet.

James Hooper reported the Bulldogs are closing in on a deal with Addo-Carr, so the Bunnies will have to move fast.

Could Roberts a former Origin player who is contracted to Souths next year be the swap piece the Storm are looking for?

In Latrell Mitchell the Rabbitohs have a player they can build their attack around for the rest of his career, but he is free to negotiate with clubs from November 1.

Signed for 2021 only Mitchell is the priority signing because he can be a long-term fullback and also cover centre and kick goals if skipper Adam Reynolds gets hurt or retires down the line.

Mitchell’s contribution to the Roosters’ back-to-back titles in 2018 and 2019 cannot be underestimated and he is a big-game player that can win the pressure-cooker games on his own.

Given his damaging form before he suffered a season-ending injury against the Eels, many experts believe Mitchell could have propelled the Bunnies all the way to the grand final.

Mitchell will only be better for his first season as a full-time fullback and it is exciting to think about the heights he could reach if he commits to the club for the long haul.

The Rabbitohs signed Mitchell for less than he could have got elsewhere, but they may need to up their price to lock him in for the foreseeable future and the money freed up by Lowe’s and Roberts’ potential departures would certainly help.

Get all the latest NRL news, highlights and analysis delivered straight to your inbox with Fox Sports Sportmail. Sign up now >

The Rabbitohs are largely settled for 2021, but have a plethora of stars coming off contract for 2022, which threatens to dismantle the premiership calibre roster they have built.

The Redfern club also have Troy Dargan, Joshua Cook and Dean Hawkins in the last year of their deals in 2021.

If the Rabbitohs have a successful season next year then a number of these star’s asking prices will soar, so it is in the clubs best interests to lock them up sooner rather than later.

Also rival clubs are free to negotiate with players off contract at the end of 2021 from November 1 this season, so the floodgates could open shortly after the grand final.

The Rabbitohs will want to lock up their priority signings as soon as possible before that November 1 deadline.

The salary cap space freed up by the retirement of Ethan Lowe and the projected departure of James Roberts gives Souths a chance to bolster their squad into a premiership force.

The elusive star is seeking a move back to Sydney for family reasons. The Rabbitohs and Wests Tigers are also in the mix for his signature.

'He's not a player who will rest'

Andrew Johns […] said he couldn’t understand why the Bulldogs were recruiting more outside backs when they desperately needed a competent half or hooker. 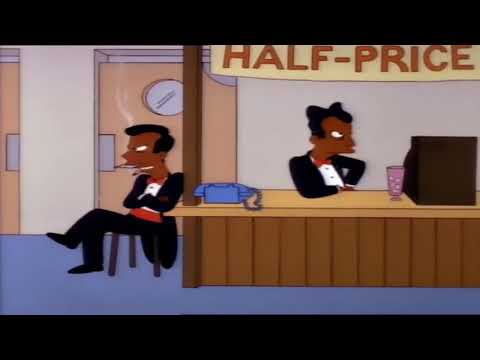 I’d love to see a breakdown by club.