Broncos Relocating To Sydney Due To Brisbane's Covid-19 Shutdown

*Edited full article because it keeps getting updated

Broncos relocating to Sydney due to Brisbane’s COVID-19 shutdown

Broncos players will spend the next two weeks on the road to beat Brisbane’s three-day lockdown and ensure their preparations for critical clashes against the Storm and Rabbitohs aren’t affected further by COVID-19 restrictions.

Queensland Premier Annastacia Palaszczuk announced a three-day lockdown for the Greater Brisbane area on Monday and the Broncos responded by hastily organising for fifty players and staff to fly out of the Queensland capital that afternoon to Sydney, where they will prepare for Friday’s clash against Melbourne.

The Broncos will return to NSW after the round-four clash and be based in Sydney for another week before taking on the Bunnies on Thursday, April 8.

There is no set return date to Brisbane for the players.

Broncos players have been in home isolation since Saturday’s win over Canterbury at Suncorp Stadium and have all returned negative COVID-19 tests.

“The players and staff have taken the changes in their stride, and while it’s tough on many of our team with young families, they are keen to get on the road and prepare for a great challenge against the Storm,” interim Broncos CEO Neil Monaghan said.

"We will then stay in Sydney to get ready for the Rabbitohs game, which will ensure the continuity of the competition.

“Coach Kevin Walters and all the players and staff are seeing this time on the road as a great opportunity to further strengthen their team bond, especially coming off the back of a morale boosting win.”

Brisbane’s next home game is slated for Thursday night in round six against 2020 grand finalists Penrith.

The Queensland government announced a snap lockdown starting at 5pm on Monday after 10 new COVID-19 cases were recorded overnight.

As it stands, round four NRL clashes on the Sunshine Coast, where the Cowboys host Cronulla, and the Gold Coast, where the Titans take on Canberra, are not affected by the Brisbane lockdown.

InTrust Super Cup fixtures won’t be impacted by the lockdown at this point as the competition already had an Easter break scheduled between rounds 2 and 3 – which is due to kick off on April 10.

The Storm did however pull several players, including Queensland Origin centre Brenko Lee, from feeder club duties last week after the detection of positive COVID-19 cases in Brisbane.

Lee was due to return from a calf injury via the second-tier competition, and given he hasn’t played top-flight football since last November, is expected to be kept on ice for at least another week. Broncos relocating to Sydney due to Brisbane's COVID-19 shutdown

The Broncos have been forced into a contingency plan after Queensland Premiers Annastacia Palaszczuk announced a three-day lockdown for the Greater Brisbane area.

What if Sydney don’t want them? QLD were happy to shut Sydney out all those months.

It’s showtime for 4 of the NRL’s fiercest rivals with the traditional Good Friday & Easter Monday blockbusters combining with the @eastershow for one massive weekend in @sydolympicpark! See our Top Tips to make the most of the epic #EasterFootyFest 👉 bit.ly/3rxF4ky https://t.co/wDqbYE5ZAh 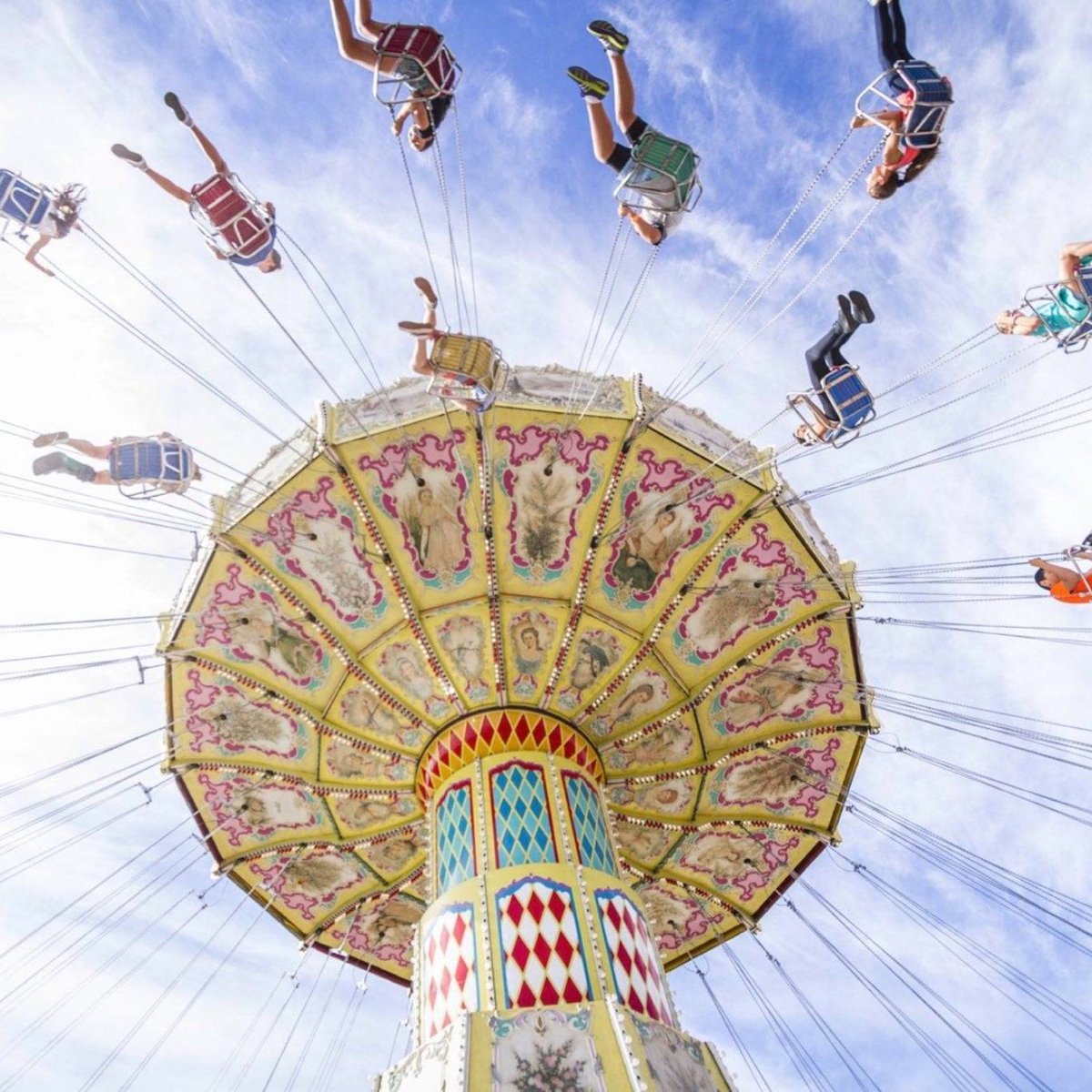 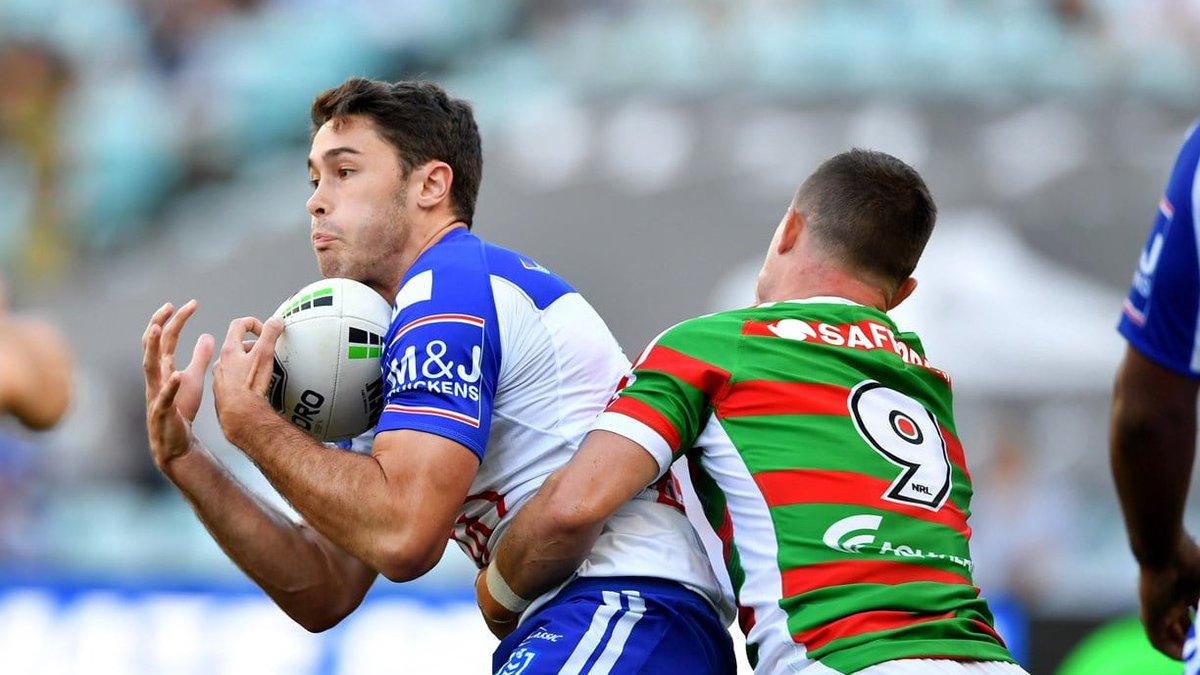 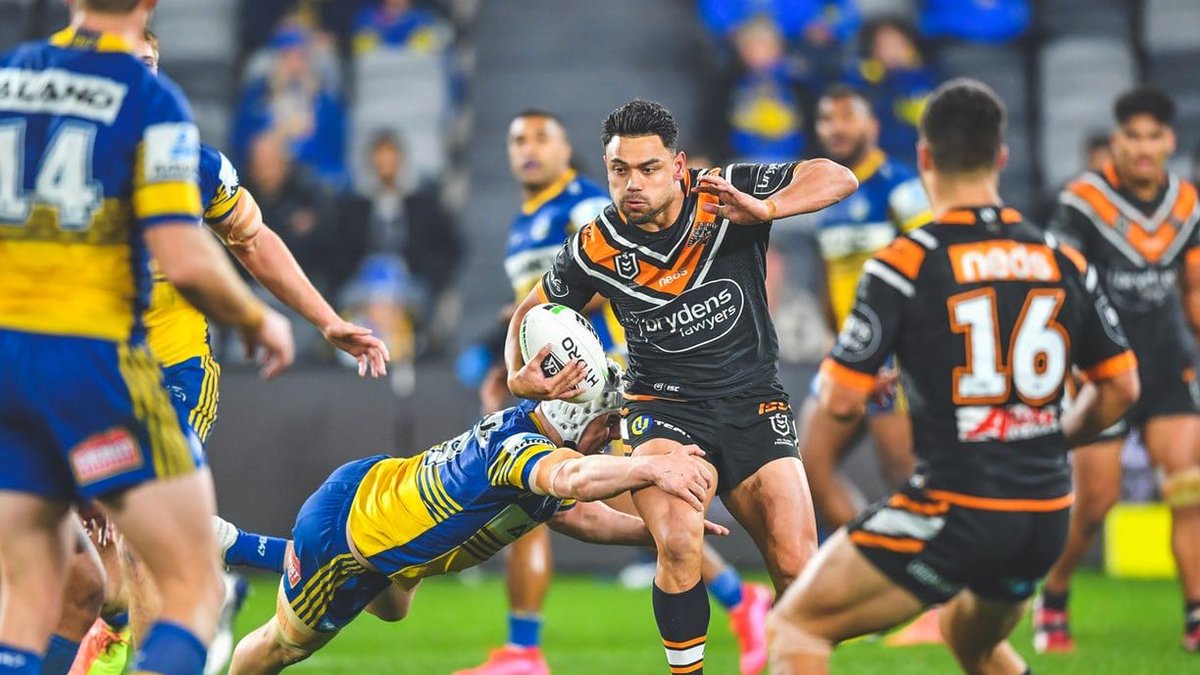 NRL believed to be considering a double header at ANZ Stadium on Friday night as part of their contingency planning. Would involve moving Brisbane-Melbourne to Sydney, although would be a last resort and only if forced on them by government protocols @aus_sport
1 Like
BotanyRabbit 29 March 2021 03:48 #5

Maybe hard to get NRL ground training in Melbourne at short notice.
I’d suspect they will fly in and out of Sydney for their game against Storm - as in fly day of the game.

Great!
Brisbane shutting down again!!??
That means half of Brisbane driving around on the Sunny Coast.
These shut downs really work well when half the population just decides to fuck off somewhere else.
Not that I blame them. I would too.

Health authorities have issued coronavirus alerts for two popular venues in the holiday favourite of Byron ...

I reckon it is because Victoria is far more likely to shut their border to persons from greater Brisbane than NSW is, & if that happens, the NRL can just shift the Storm / Broncos game to Sydney or some other NSW location.

Answered in the video … 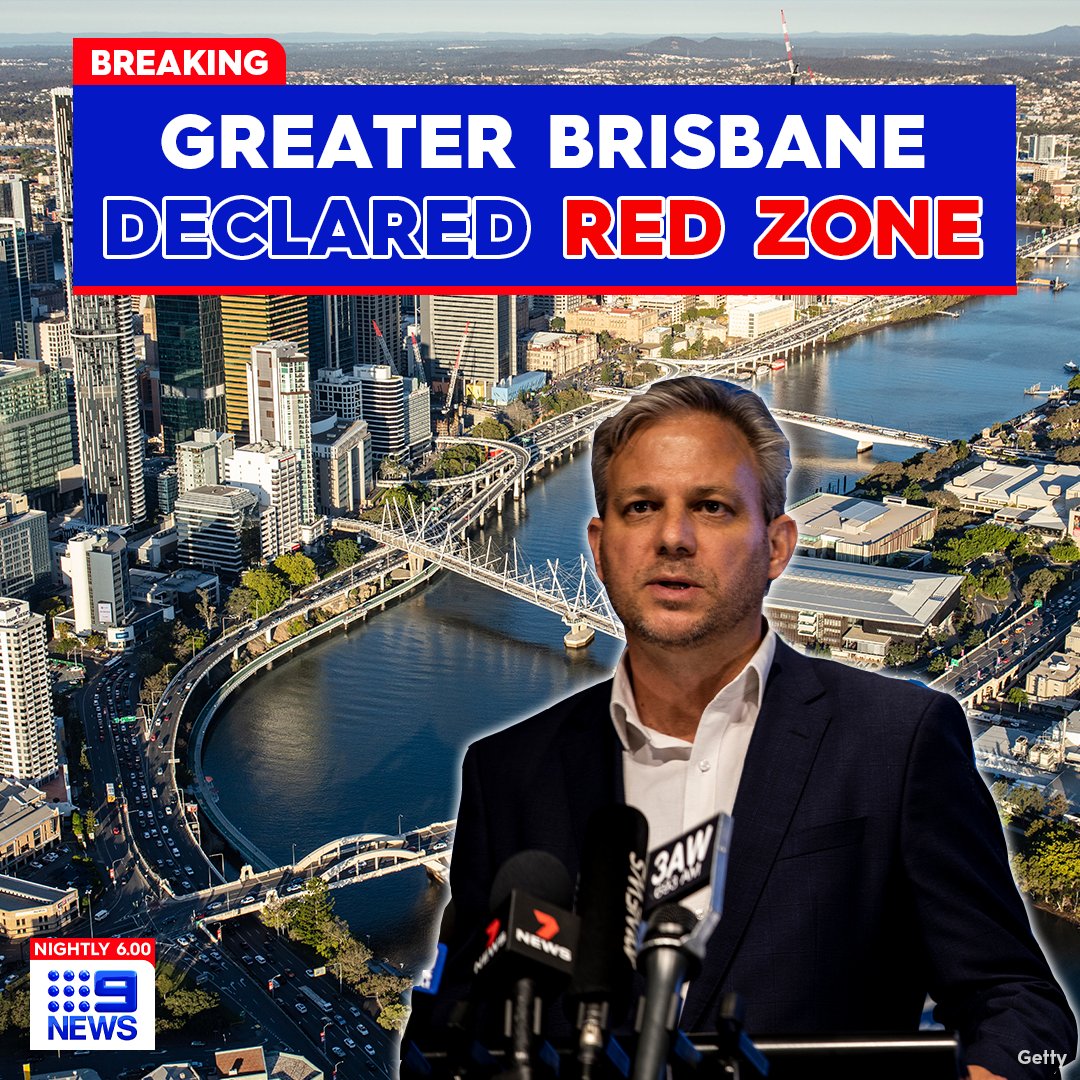 We're being told not to travel to Queensland over Easter with the very real possibility the COVID-19 outbreak across the border could have bled into northern New South Wales. | @danielsutton10 https://t.co/p5FYuVZPp3

Bluesfest showcases music from around the world annually on the Easter long weekend on 120 hectares at Tyagarah Tea Tree Farm, just north of Byron Bay, NSW. Bluesfest presents over 200 performances with up to 7 stages over 5, 12 hour days, as well as... Byron Bay has been caught up in Queensland's #COVID19 crisis, with Premier Berejiklian sending a warning to those planning to head North over the Easter Holidays. @MarkWBurrows #9News https://t.co/MF7EUpRFuE
Moon 29 March 2021 10:41 #13

I see Victoria has closed it’s border to Brisbane residents.

I guess that means the Storm home game will now shift from Melbourne to Sydney & become a double-header at the Olympic Stadium on Good Friday.

Shouldn’t ,Vic Govt should give the Broncos exemption. Just like the Storm got it last year from NSW and QLD

Entire NRL will enter level 2 protocols from 5pm this afternoon. 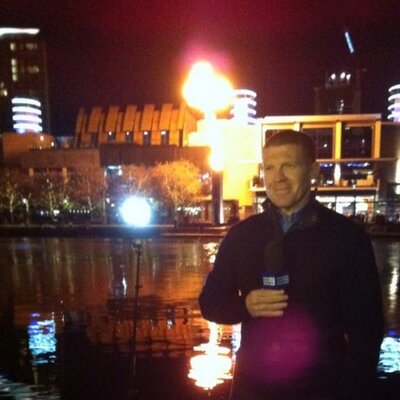 So as things stand in NRL: * Level-two restrictions back with no public transport and masks indoors when not distancing * Canterbury in their own bubble, only able to leave home to train and play after Brisbane trip * Melbourne-Brisbane game could still move Latest on @AAPSport
1 Like
Round 4 - Easter Long Weekend / Daylight Saving / Game Info / Transport / Parking Is Full!
Serendipity 30 March 2021 02:08 #16

Canterbury players and staff who were in Brisbane last weekend have been placed back into a "bubble" scenario players were in during most of 2022.

The NRL will move its two Saturday games out of Queensland in response to the state’s COVID-19 outbreak with the Titans, Raiders, Sharks and Cowboys to clash in a double-header at Netstrata Jubilee Stadium.

The Victorian government has granted exemptions for the Broncos to travel into the state for Melbourne’s round-four home game, which will go ahead as planned at AAMI Park on Good Friday.

Cronulla’s home game that was scheduled to be played at Sunshine Coast Stadium will now revert to their temporary home ground at Kogarah, in a slightly earlier 5.15pm AEDT timeslot.

The Gold Coast’s clash with Canberra will follow at 7.45pm AEDT.

As revealed by NRL.com on Tuesday, the Titans are in the process of relocating to Sydney, due to arrive on Wednesday afternoon, where they will remain “until the NRL’s health experts are comfortable the risk of infection on the Gold Coast has subsided”.

The Titans were due to host Canberra and Newcastle on the Gold Coast over the next two weeks.

It is understood the Knights game is also unlikely to be held at Cbus Super Stadium, though the developing COVID-19 situation will dictate that scheduling.

The Cowboys will fly to Sydney on Friday on a charter flight and return to Townsville after full-time.

NRL CEO Andrew Abdo said the moves to relocate the games and Titans to Sydney ensured the governing body minimises the risk of fixtures being postponed or disrupted further.

“By confirming the relocation of games today all clubs, players and fans have certainty to plan for the weekend’s fixtures and as a game we eliminate the risk around whether those matches will take place,” Abdo said.

“I want to thank all clubs who are making sacrifices for the greater good of our game. These are difficult decisions to make but decisions that ensure our competition continues this weekend without interruption.”

Cronulla halfback Chad Townsend said the shift to their temporary home ground at Kogarah - due to PointsBet Stadium being under construction until next year - offered the most advantage in terms of recovery, and backed the stadium’s surface to hold up across two NRL fixtures.

“It’s a few more nights in your own bed and not being on a plane,” he said.

"You have your recovery in terms of wearing your Skins on the plane and travelling and being on time so you can go straight home, but mentally and physically it is an advantage for sure.

The Broncos meanwhile will fly in and out to Melbourne on Good Friday on a charter flight and will be under strict biosecurity rules - similar to last season - while in the Victorian capital.

Brisbane are already operating under similarly heavy restrictions in Sydney.

They have an exemption to leave their hotel only to train or to go into the foyer to collect meals to take back to their rooms.

Speaking on Tuesday, captain Alex Glenn said the Broncos would do whatever was needed to help the competition after shifting indefinitely to Sydney on Monday.

“When we left yesterday there was the uncertainty of we’re going to be staying for two weeks but there could be the possibility it could be a lot longer,” Glenn said.

"We are prepared for the worst and we’ve got all the support up in Brisbane and the Gold Coast to look after our families.

"At the end of the day the Warriors did it for 12 months and I put myself in their shoes it’s definitely hard but I know all our families up in Brisbane have the support.

"It is definitely a sacrifice being away from your family, especially when you have kids, but in saying that we’re trying to keep the game alive for the other teams to play.

"Who knows how long it’s going to be but our team’s in good spirits, we’re ready for what’s ahead and we’re just taking it day by day and plan it like that.

“We are preparing for the worst but if we get back sooner it’s a bonus.”

Canterbury players and staff were also placed into a COVID-19 “bubble” – the same scenario that operated for much of the 2020 season – following their round three trip to Brisbane.

The 21-man Bulldogs playing squad and coaching staff that travelled to Suncorp Stadium last week have only been allowed to train and leave their homes for essential reasons from Tuesday.

All players and staff will undergo COVID-19 testing after Thursday’s captain’s run ahead of the South Sydney clash.

The NRL will move its two Saturday games out of Queensland in response to the state's COVID-19 outbreak with the Titans, Raiders, Sharks and Cowboys to clash in a double-header at Netstrata Jubilee Stadium.