Melbourne superstar Josh Addo-Carr has signed with a new management company to help him secure a move to a Sydney NRL club at season’s end.

The 25-year-old State of Origin winger went through a messy break-up with his former agent Chris Orr earlier this year and the chaos was hampering his ability to find a way to move home to the NSW capital.

Addo-Carr wants to move back to Sydney for family reasons, and the Storm have agreed to consider releasing him from his contract if the club can secure a suitable replacement for his talents.

South Sydney and Canterbury have been floated as possible homes for the NSW Blues and Indigenous All Stars speedster.

It had been speculated Addo-Carr wasn’t happy with the money he’s earning at Melbourne after learning what some other wingers in the competition were pocketing.

During All Stars camp in February, he told foxsports.com.au he was considering representing himself in contract negotiations going forward, having had poor experiences with his former agent.

His Melbourne teammate Christian Welch is one NRL player who chooses to represent himself and a number of others have started doing it too.

On Thursday night as Addo-Carr tore the Sydney Roosters apart Crown Sports Management revealed his acquisition on their Instagram page.

They also represent his NSW teammate Damien Cook, who he could end up playing with at the Rabbitohs next year.

Addo-Carr is also friends with other South Sydney players like Cody Walker and Latrell Mitchell.

Melbourne superstar Josh Addo-Carr has signed with a new management company to help him secure a move to a Sydney NRL club at season’s end.

He played well last night. I would love to see him on board with us.

Fukn vultures these manager kARnts.
Has a good game and they are tripling his asking price put your house on it.

It had been speculated Addo-Carr wasn’t happy with the money he’s earning at Melbourne after learning what some other wingers in the competition were pocketing.

Let’s hope we don’t break the bank to chase him.

Good winger but we’ve got a few of those already and we need some other areas of our squad bolstered before tipping a hat full of cash into a winger.

I still have a gut feeling he’ll end up at the Rorters.

I think we will get the Fox and release AJ

If he was supposed to be keen to come to Souths to play with his mates and relocate back to Sydney and we are is preferred destination … why does he need to employ a manager to do that deal?

of course he is chasing money as well as everything else, location, success, friends, that’s what a manager is for to sort out deals and negotiate so he doesn’t have to bother, what would you want him to do walk in and say yes i’ll take the first deal you guys offer me, whilst you’re at it let me bend over for you as well almighty south sydney, doesn’t work that way unfortunately

The Melbourne Storm could be offered former NRL player Curtis Rona as a potential replacement for wantaway winger Josh Addo-Carr at the end of this season.

It has been well documented that Addo-Carr apparently wants out of Melbourne to return to Sydney.

Friend says injuries are no excuse for performance against Storm

While the Storm are still determined to convince Addo-Carr to stay, a number of different possibilities remain for the NSW representative in 2021.

One potential deal floated earlier in the year was a swap deal with the Wests Tigers involving Paul Momirovski.

Addo-Carr’s deal with the Storm goes until the end of 2021, meaning he is free to negotiate with other clubs at the end of this season.

However, commentary persists that Addo-Carr wants to return to Sydney at the end of this season.

The 25-year-old recently changed agents and according to The Australian’s Brent Read, that could be crucial in getting an early deal across the line for Addo-Carr.

Speaking on Triple M on Saturday afternoon, Read said that the Storm are determined to get a replacement for Addo-Carr if he is to leave early and new manager Mario Tartak could be the key.

“Obviously the Addo-Carr situation has heated up,” Read said.

"He has a new agent, I spoke to Mario Tartak today, who is his new agent and he’s got to sit down with Josh Addo-Carr and work out what he wants to do.

"But one thing is pretty clear…if Josh Addo-Carr is to leave, Melbourne wants a player in return.

"I don’t think Jason Saab will be going to Melbourne but certainly I suspect Curtis Rona will be offered to Melbourne as potentially a make-way deal for Josh Addo-Carr to leave and go elsewhere.

“He’ll get offered I suspect to the Melbourne Storm as a potential replacement for Josh Addo-Carr.”

28-year-old Rona last appeared in the NRL in 2016 for the Bulldogs.

Since leaving the NRL, Rona has spent the majority of time in Rugby with stints at both the Western Force and the Waratahs.

He is currently with London Irish who compete in the Premiership Rugby competition in the UK.

He has also made three appearances for the Wallabies. 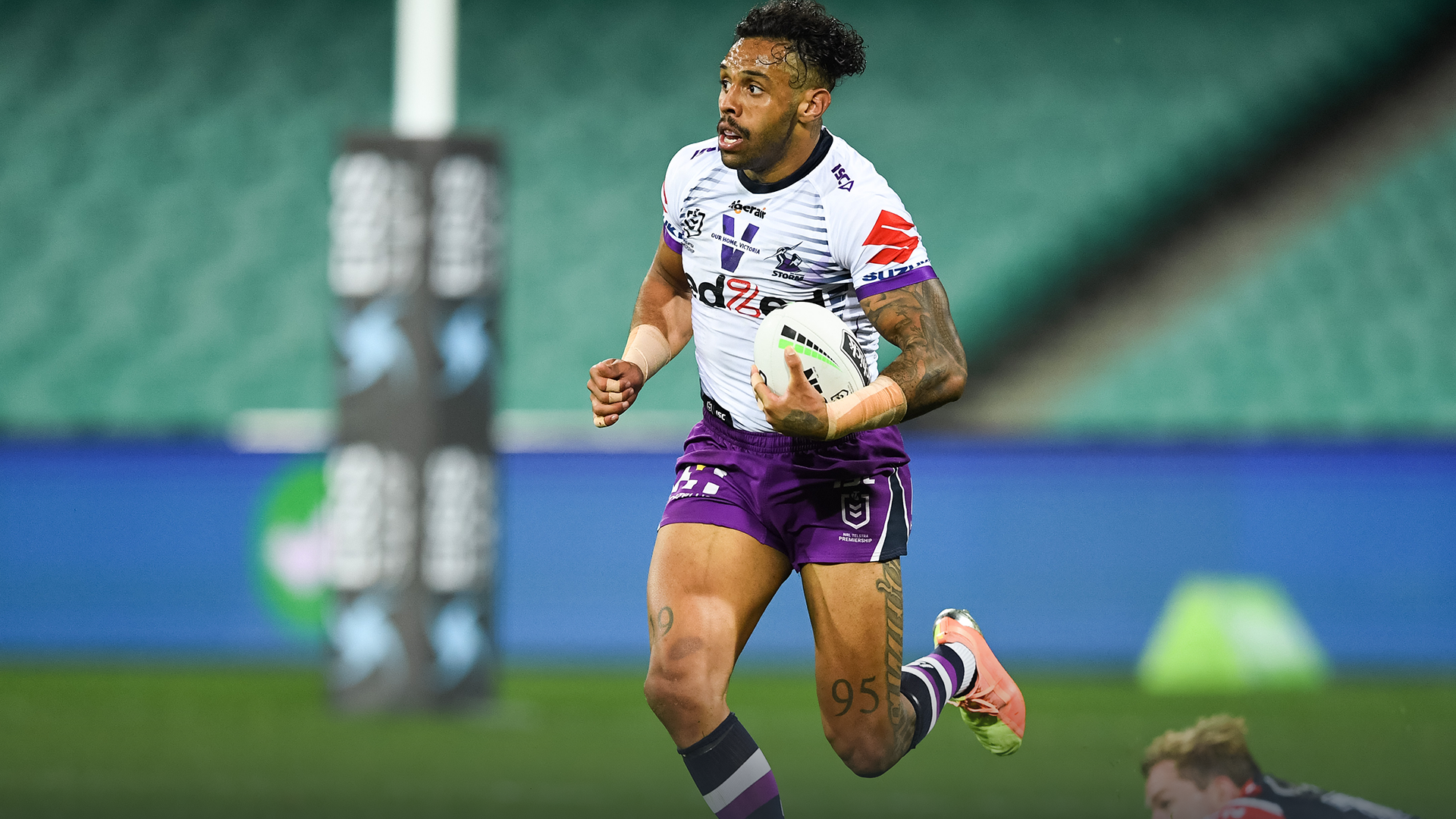 The Melbourne Storm could be offered former NRL player Curtis Rona as a potential replacement for wantaway winger Josh Addo-Carr at the end of this season.

I read over the weekend that JAC wants to play fullback (ie wants fullback money).
We have 3 x such players. Starting to think we are headed for trouble if we pursue JAC.

If this is the case I think we would be better off keeping Johnston.
So much for him wanting to come to Souths to play with his mates lol

The future of Melbourne Storm’s Origin and Kangaroos winger Josh Addo-Carr will be sorted out in the next couple of weeks. It looks a two-horse race between the two sides that played yesterday — the Canterbury Bulldogs and the Wests Tigers.

Posters on here were so convinced he was all but signed.

I heard that I want fullback money