Andrew Fifita and Blake Ferguson celebrate for the Indigenous All Stars.1736×630

After blooding props Josh Kerr and Jamayne Taunoa-Brown before their NRL debuts, Indigenous All Stars coach Laurie Daley expects to have greater forward depth at his disposal for next month’s annual clash with Maori All Stars at Townsville’s QCB Stadium.

Kerr, who is preparing for his third All Stars fixture, was called for the 2019 match in Melbourne before making his NRL debut with the Dragons and Daley last year had to turn to the untried Taunoa-Brown.

The Indigenous team has always been able to field a star-studded backline but forward depth has been an issue since the All Stars concept began in 2009.

However, with Taunoa-Brown going on to play in 19 of the Warriors 20 matches last season and Kerr having worn the Red V on 27 occasions, the Indigenous All Stars are set to field a far more experienced team than the one which lost 30-16 to the Maori last year at Cbus Super Stadium.

Gold Coast utility Tyrone Peachey, Dragons second-rower Tyrell Fuimaono, Canterbury’s Chris Smith and Manly’s Zac Saddler, who also played in last year’s All Stars match and is yet to make his NRL debut, are the other forwards vying for places in the Indigenous squad. 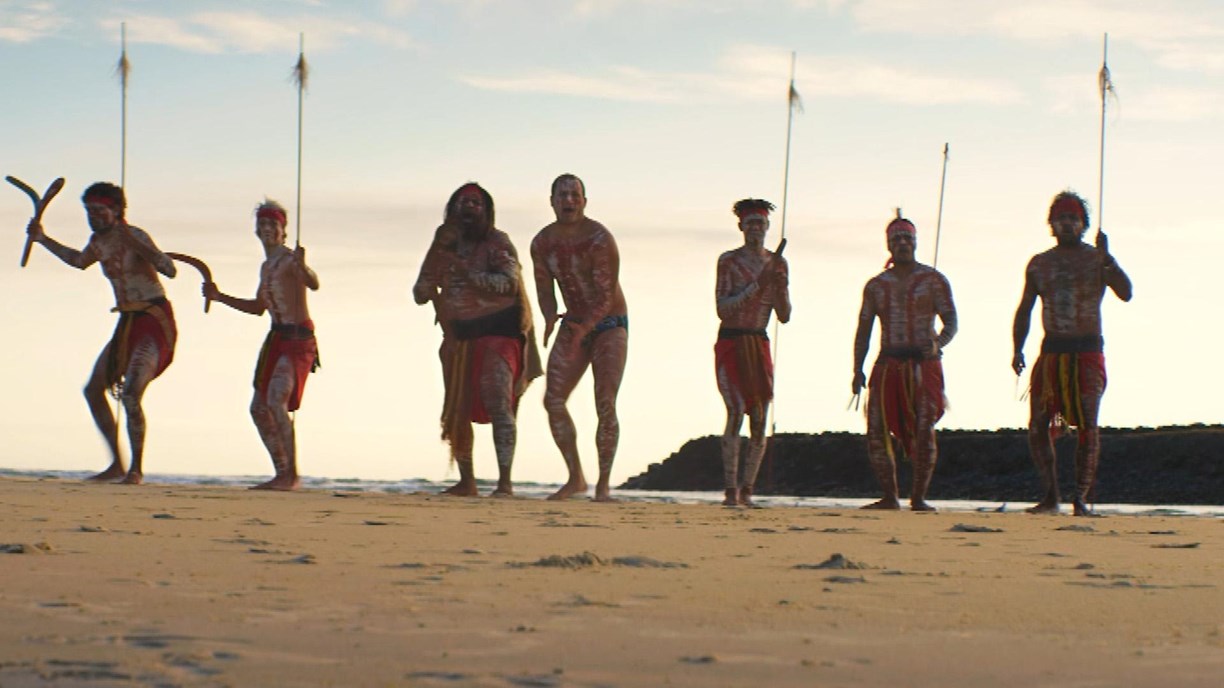 “Last year we were battling and we had to bring in Jamayne and Zac, who hadn’t played NRL, so hopefully this year we can put our strongest team on the paddock but for me it is great that we can give young blokes an opportunity,” Daley said.

“Both Josh and Jamayne have really kicked on after playing All Stars and for them to learn from seeing how other players prepare and realise they can mix it with people at that level has been really good.

“It has given us a lot more depth and we now have guys with a bit more experience.”

Rabbitohs centre Dane Gagai is another certain selection if he plays but the Queensland Origin star withdrew from last year’s match as he is also eligible for the Maori All Stars and didn’t want to represent one heritage over the other. 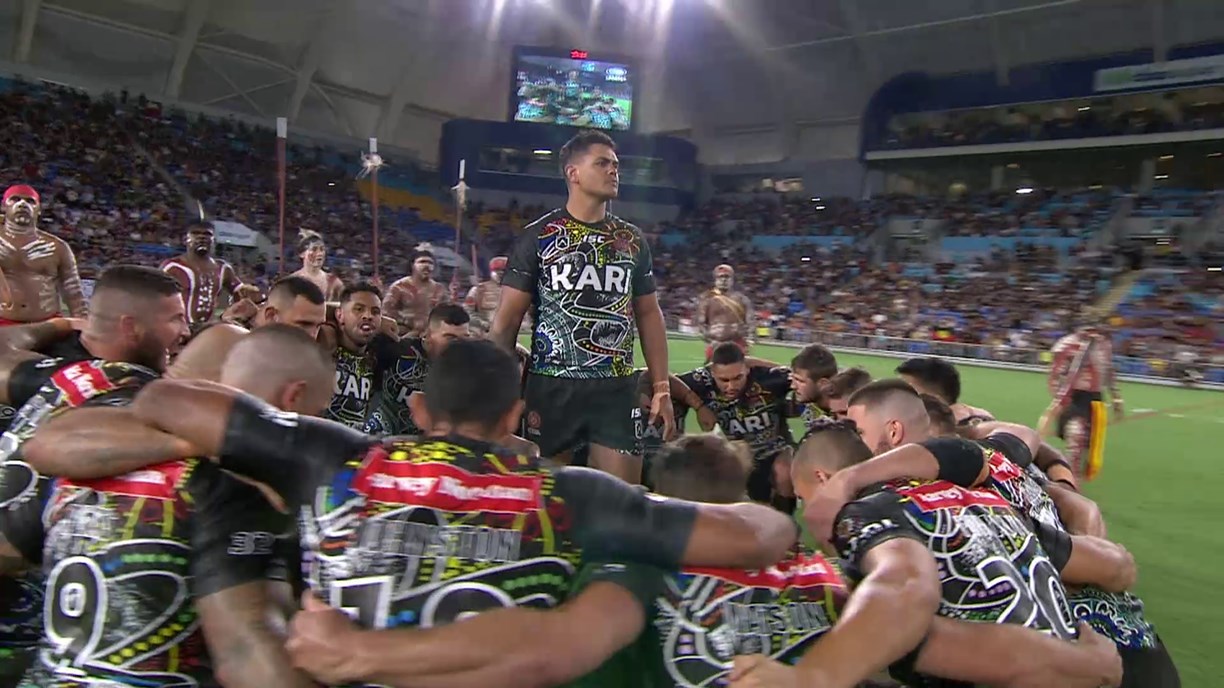 The Indigenous and Maori teams for the February 20 match are set to be named next week.

Newcastle’s Connor Watson is likely to fill the utility role and share the dummy half duties with North Queensland’s Rueben Cotter, who is the only specialist hooker in the squad.

In contrast, Daley is faced with an embarrassment of riches in the outside backs, including Alex Johnston, Blake Ferguson, Brenko Lee, Edrick Lee, James Robert and Jesse Ramien, Nicho Hynes, Daine Laurie and William Kennedy.

The All Stars match will be the first played under the rule changes introduced to the Telstra Premiership this season, which are aimed at keeping the ball in play longer and speeding up the game.

Since last year’s match, the NRL has also introduced the six-again call, which was first trialled in the 2012 All Stars clash, and Daley said he would be leaning on his senior players for advice about how to best utilise the rules.

“The game has evolved so I will be reliant on a lot of those guys to decide how we want to play and what they are learning at their clubs that can help us in this game,” Daley said.

“We might go away from some of the structure that we had although what we tend to see in our game is the boys playing the Indigenous style anyway by moving the ball and trying to attack, which is a great brand of footy.”

Witness the best of the best from both sides of the Tasman. As athletes and as people from the First Nations

Be there as cultures collide.

Tickets are available at NRL Tickets .

For the first time, Townsville’s Queensland Country Bank Stadium will host the All Stars clashes between the men’s and women’s teams representing the Australian Indigenous sides and the New Zealand Maori on February 20.

Is the Indigenous coach the same great Indigenous player that Anthony Mundine claimed was picked ahead of him in SOO due to racism?

Nice pic of the teletubbies.

He hung up his footy boots 16 years ago but time hasn’t changed controversial boxer Anthony Mundine’s firm belief that he was the best rugby league player of his era.

Some interesting selections for this game

Omg check this Out just for you biach…

Bunnies give Benji all clear to star for Maori side

Benji Marshall is under consideration to make his first All Stars appearance since 2013 after South Sydney officials gave their blessing for the star playmaker to represent New Zealand Maori in the February 20 fixture.

Marshall was not included in online voting by fans as he was unsigned when the poll closed recently but the 35-year-old is eligible to play in the All Stars match in Townsville as a coach’s selection.

Despite only officially joining Souths last Friday on a one-year deal, Marshall has kept himself in good physical condition since leaving Wests Tigers at the end of last season and the Rabbitohs would be happy for him to pull on a Maori jersey for the first time in his illustrious career.

Souths coach Wayne Bennett ensured the concept had instant credibility outside the Indigenous community 11 years ago by taking charge of the NRL All Stars team for the first seven years until the introduction of the Maori team in 2019.

Marshall played under Bennett in the NRL All Stars team from the inaugural game until 2013.

The Rabbitohs have always been supportive of the match and usually boast a strong representation of players, particularly in the Indigenous All Stars team.

“If the coaching and performance staff are happy he is fit to play, we would be happy for him to play,” Souths CEO Blake Solly said.

“The All Stars match is something the sport should be proud of, it celebrates two wonderful cultures and is extremely important to both the players and community.”

The inclusion of Marshall would be a huge boost for the All Stars match, which is expected to be played before a capacity crowd at Townsville’s QCB Stadium and watched by a large television audience

It is understood the Rabbitohs will advise Maori All Stars coach David Kidwell before the teams are selected on Tuesday that Marshall would be fit enough to play 40 minutes but wouldn’t be able to play the full game.

The only other Rabbitohs player in contention for the Maori team is centre Dane Gagai, who withdrew last year to avoid choosing between his Maori and Indigenous heritages.

However, Souths are set to have a number of players involved in the All Stars match, with five-eighth Cody Walker, fullback Latrell Mitchell and winger Alex Johnston regular members of the Indigenous team.

Rabbitohs centre Braidon Burns is also under consideration for the Laurie Daley-coached Indigenous All Stars, particularly if Gagai withdraws again or pledges his allegiances to the Maori team.

Witness the best of the best from both sides of the Tasman. As athletes and as people from the First Nations.
Hear us. See us.
Be there as cultures collide.

Tickets are available at NRL Tickets . Bunnies give Benji all clear to star for Maori side

Marshall eligible to be coach's selection after signing with Souths

With less than three weeks to go, Zac Bailey is joined by Laurie Daley and David Kidwell to discuss the squads ahead of the 2021 Harvey Norman All Stars match in Townsville, with both women's teams also unveiled

Where are the teams long story but no team list? 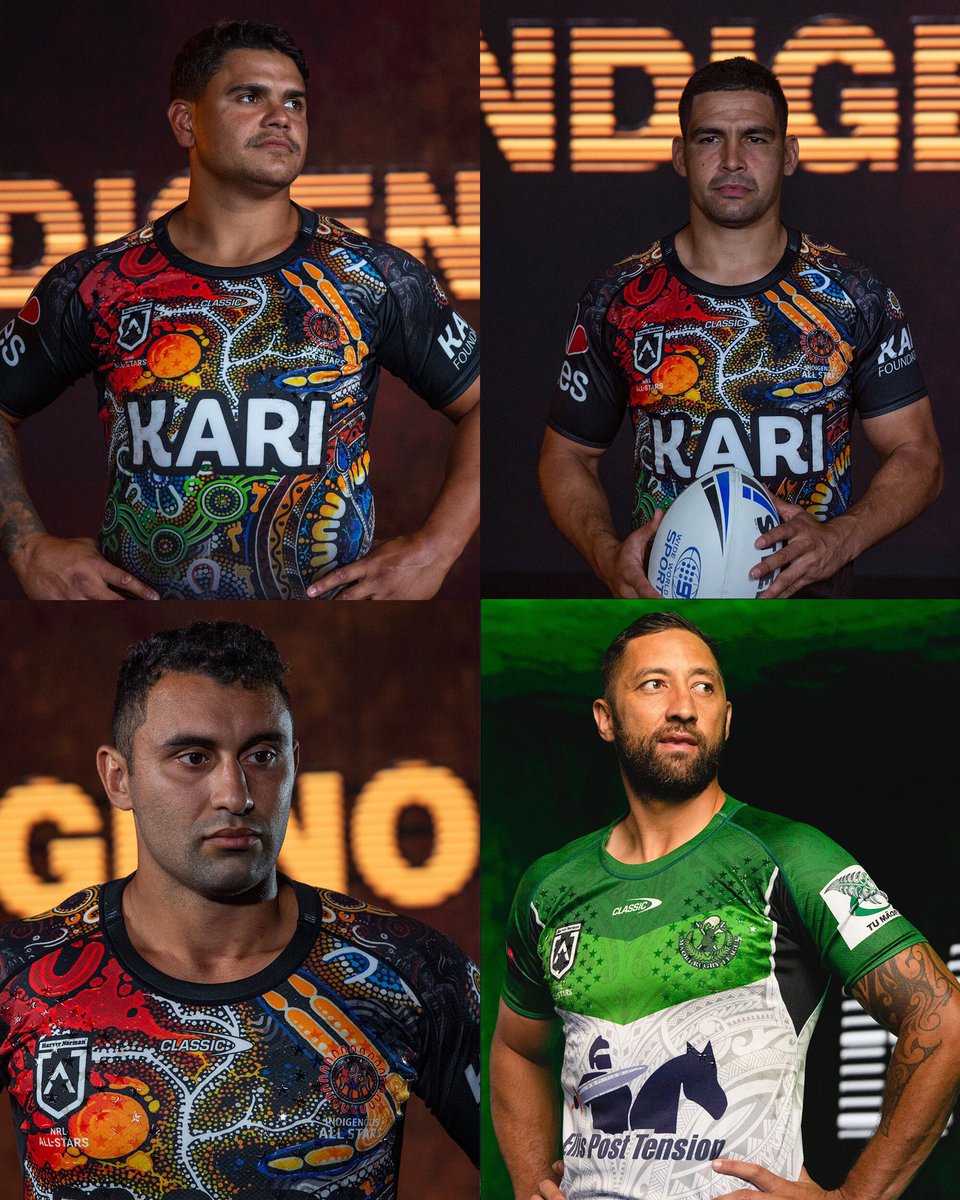 Congratulations Monique Donovan and Akira Kelly on your selection in the Indigenous All Stars! ❤️💛🖤 #GoRabbitohs https://t.co/N086EgK15Z 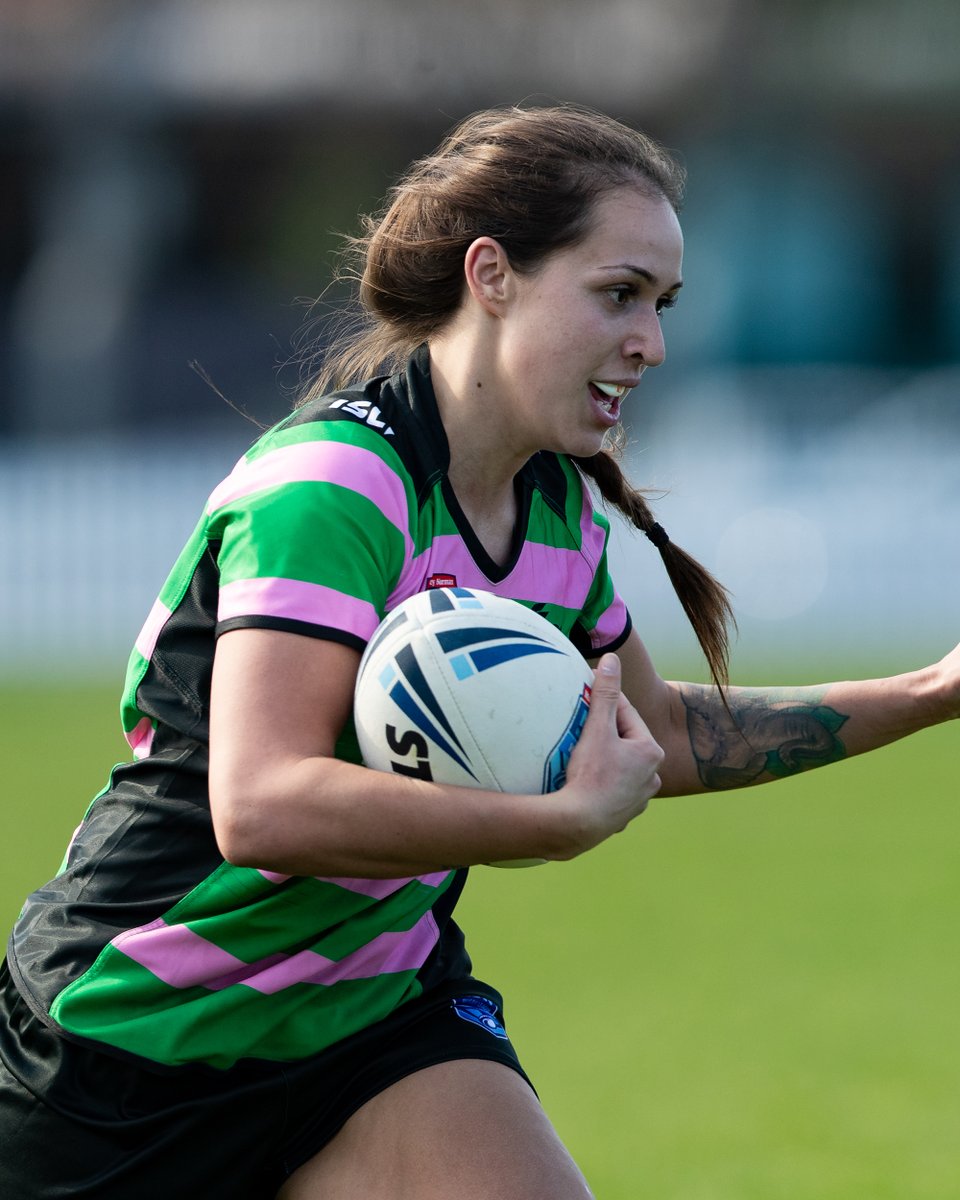 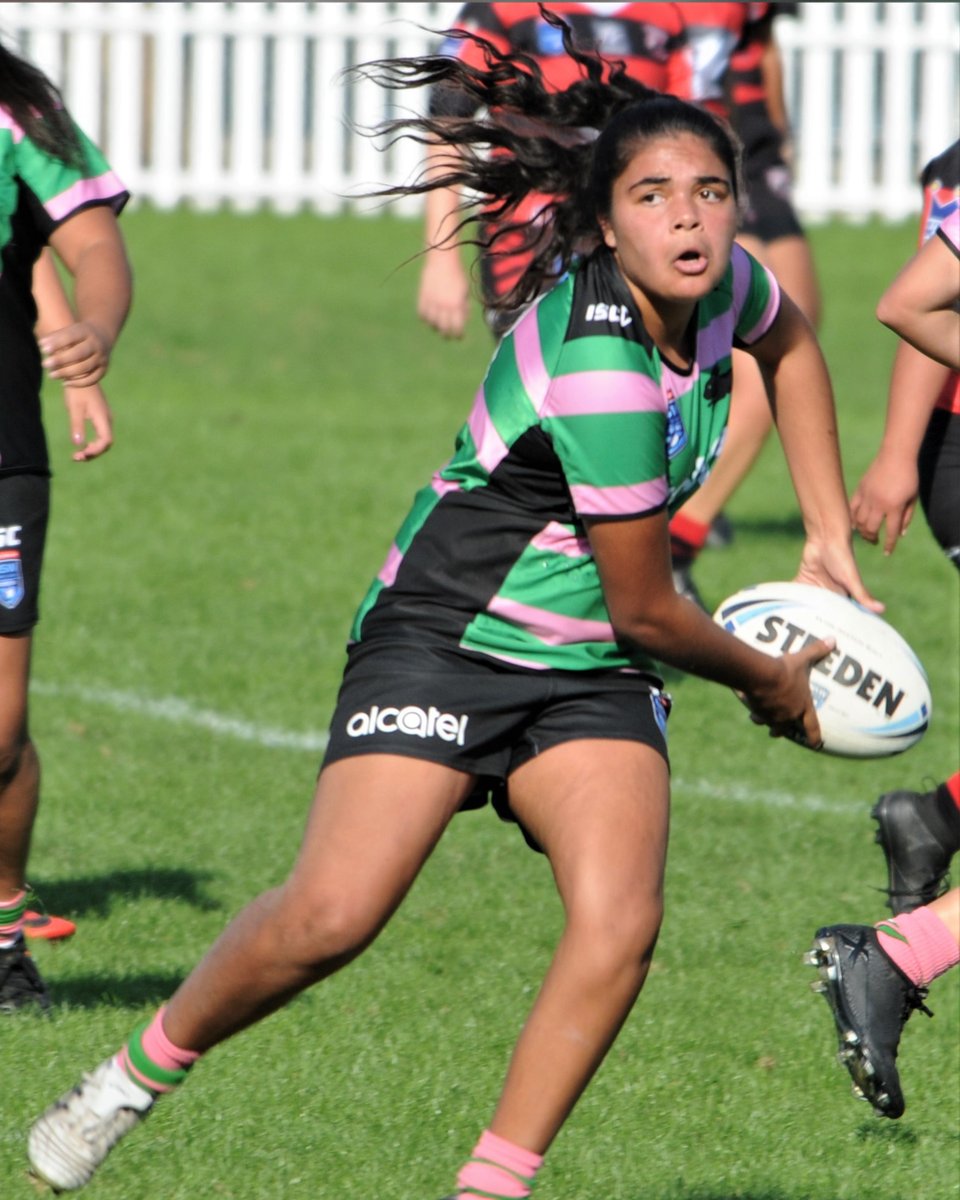 smh.com.au/sport/nrl/mitc… Latrell Mitchell is set to play his first game of rugby league in almost six months on February 20 after being named in the Indigenous All-Stars squad.
1 Like
Serendipity 2 February 2021 06:21 #15 Latrell, Benji named to light up All Stars

Latrell Mitchell will make his much-anticipated return, while Benji Marshall will represent his Maori culture for the first time after both players were included in the Harvey Norman All Stars squads on Tuesday. 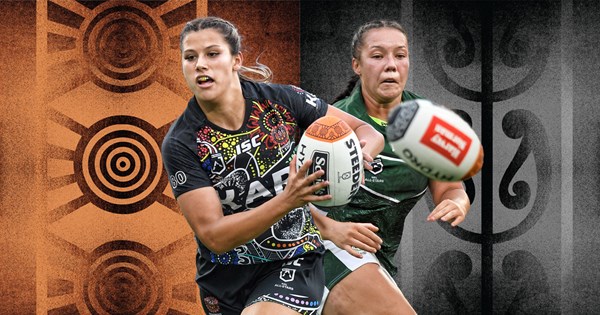 A mix of NRLW stars and rising talent headline the women's Harvey Norman All Stars clash at Queensland Country Bank Stadium, to be played before the men's fixture in Townsville on February 20.

Benji Marshall was handed an @NRL lifeline by @SSFCRABBITOHS four days ago and now the New Zealand legend has been named to represent the Maori All Stars for the first time. #7NEWS 7news.com.au/sport/rugby-le…

Latrell, Benji named to light up All Stars

Latrell Mitchell will make his much-anticipated return, while Benji Marshall will represent his Maori culture for the first time after both players were included in the Harvey Norman All Stars squads on Tuesday.

Some of the best and brightest names in the NRL have been named to play in the first ever NRL Harvey Norman All Stars in Townsville.

Brian Kelly is a better centre than Jack Wighton IMO

That is a seriously impressive line up.

It is indeed, but I’m thinking we will see some adocar specials for the win.