If you’d offered Queensland the chance to head to Suncorp Stadium for a deciding match before the Ampol State of Origin series opener in Adelaide they would have gladly taken it.

The tricky thing for the Maroons is they don’t have long to turn a game-two drubbing in Sydney into a match-winning performance.

NSW were easily the better side at ANZ Stadium with their middle forwards dominating, Nathan Cleary kicking the Maroons off the park and their back three getting almost every set off to a great start.

The Blues will start at hot favourites despite the match being played in enemy territory as they chase a first three-peat since 2003-05.

Maroons: Cameron Munster has been named in the No.6 jersey despite playing just two minutes of game two after suffering a head knock. There are two changes to the run-on side, with Corey Allan replacing Phillip Sami on the wing and Christian Welch returned at prop after missing game two due to a concussion.

Welch’s return forces Dunamis Lui back to the bench with Moeaki Fotuaika sliding back to the reverses list.

The other change to the Queensland bench sees Harry Grant named in the No.14 jersey to make an Origin debut. Ben Hunt (who was No.14 for the first two matches) drops back to the reserves list.

Blues: NSW have retained the same 17 from the team that won convincingly at ANZ Stadium on Wednesday night.

The only changes coming on the reserves list with Ryan Papanhuyzen (returning from a calf injury) joined by Jarome Luai, Cameron McInnes and Nick Cotric in jerseys 18-21.

As expected, Josh Addo-Carr has been named on the wing despite having arrived at training on Thursday with a toe injury.

“It’s like a jarred finger but on my toe,” he said. “It just got caught in an awkward tackle. One of the Queensland boys just landed on my foot. I should be sweet to play it’s just swollen a bit. It should be alright.” 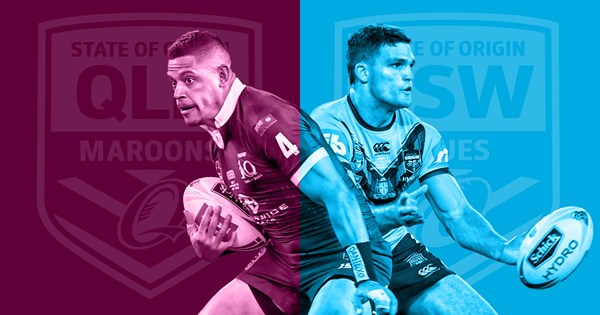 All the information for game two of the 2020 Ampol State of Origin series.

Congrats to Corey Allen - what a year for the kid!

Like the QLD team much better than last week.

7 players for SOO (inc Murray) is mighty impressive. Not to mention our coach too.

Good on you son

Well done Corey Allan. Not bad for a bloke who is apparently too slow and who also allegedly smokes 40 cigarettes a day.

Vapes at half time

Queensland is looking for every advantage in next Wednesday's #Origin decider with Premier Annastacia Palaszczuk lifting restrictions to allow more than 50,000 fans into Suncorp Stadium. | @trentsimpsonTEN https://t.co/JbP7oZshbW
1 Like
Serendipity 13 November 2020 07:49 #9

Has Cody Walker played himself into the No. 6 jersey for the long term?🤔 #Origin LIVE and exclusive on Channel 9. #9WWOS https://t.co/znNblnrza2 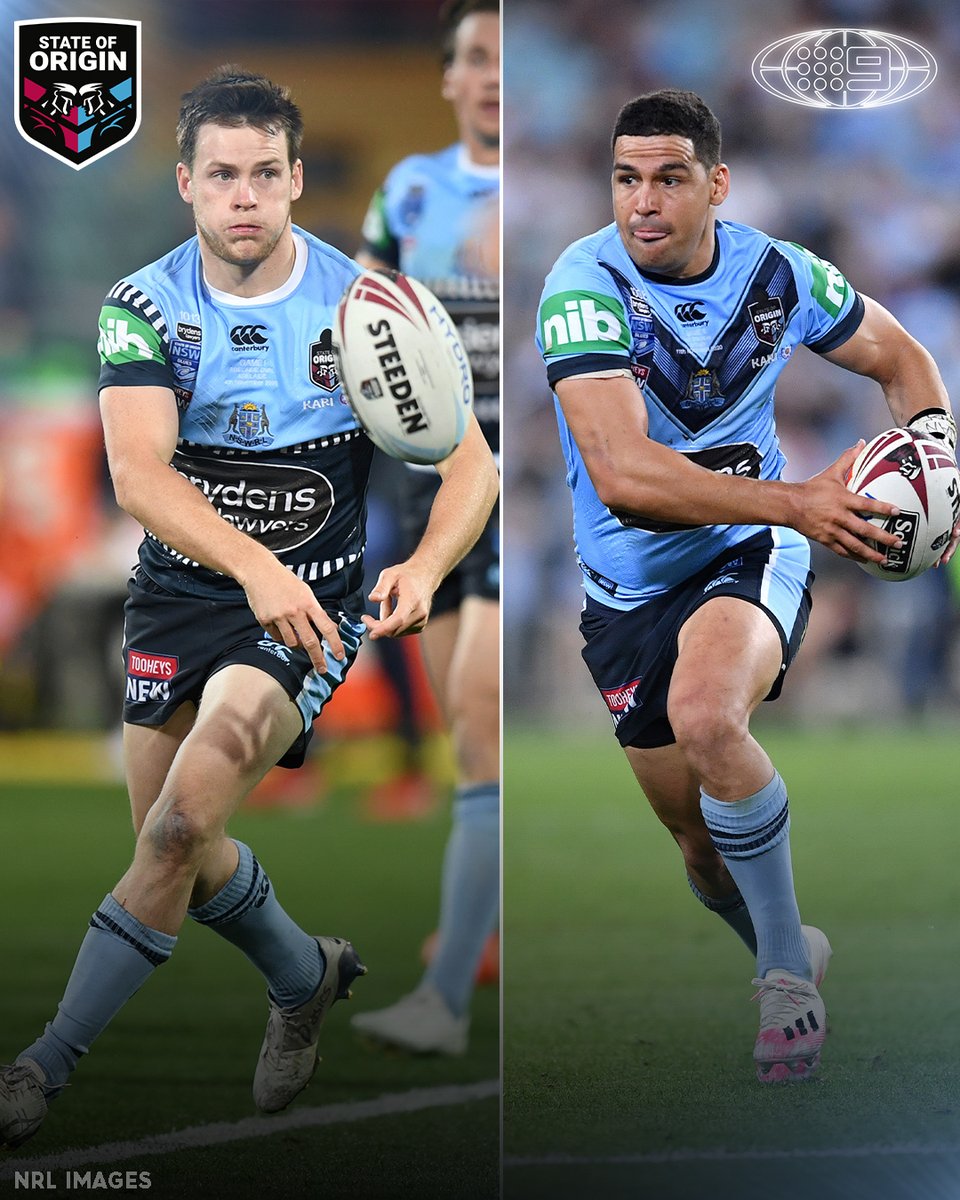 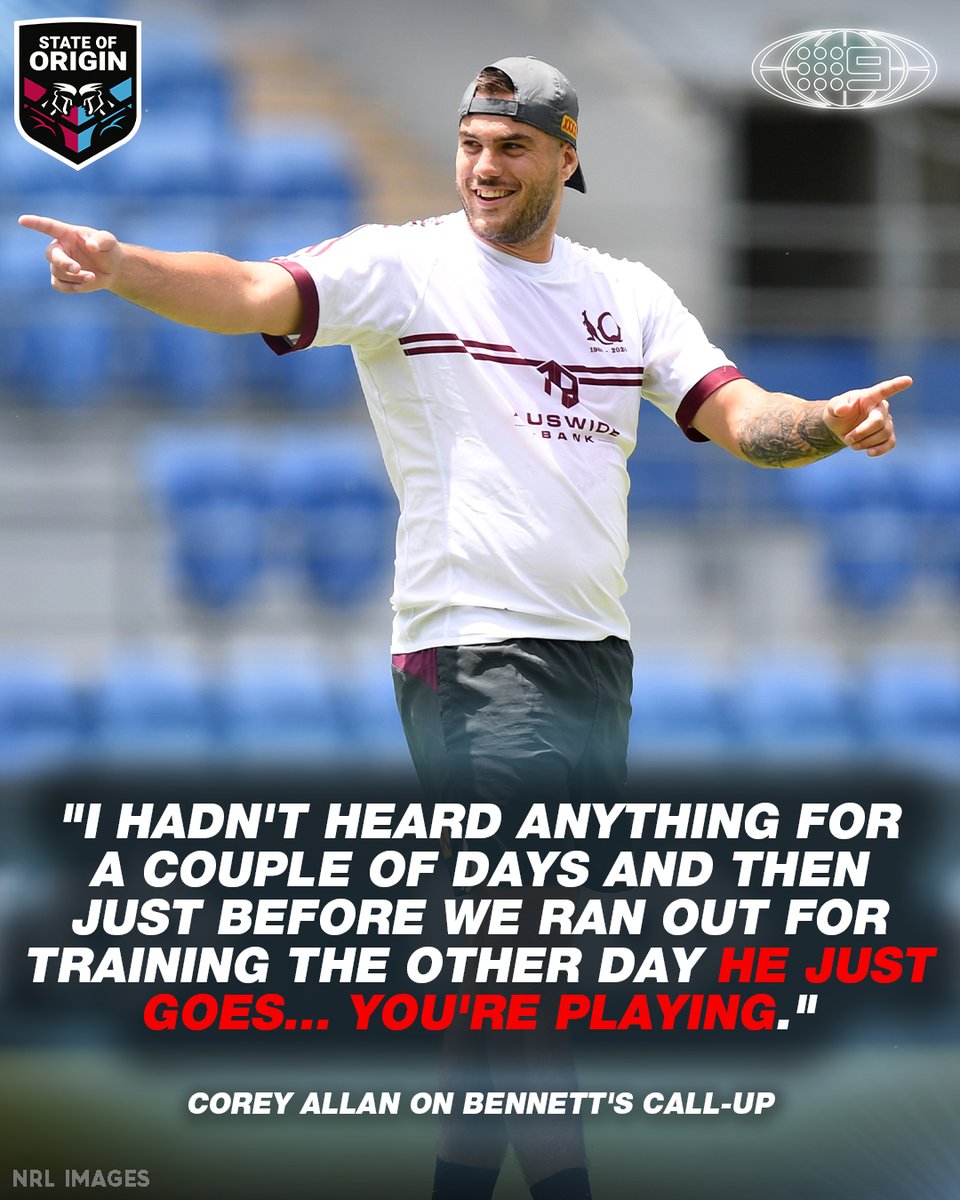 I hope they play GI fullback.

Gal getting BLUNT about the Maroons!👀👀 READ MORE ➡️ 9Soci.al/oW2u50CkPTG The decider - LIVE and exclusive on Channel 9. #9WWOS #Orgin https://t.co/802BAPFH1d 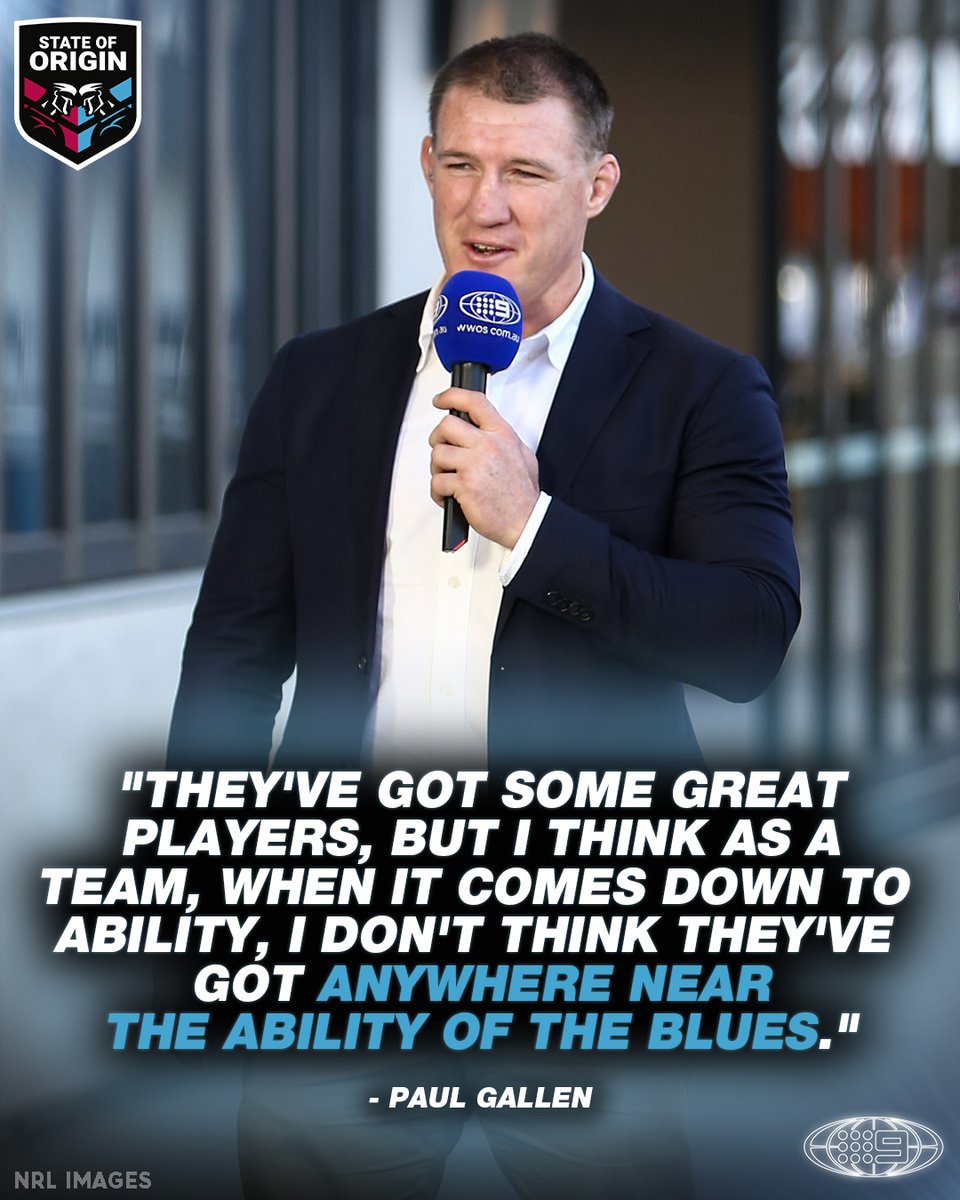 Outside back Corey Allan.

Allan is in line to make his State of Origin debut at fullback in Wednesday’s series decider against NSW at Suncorp Stadium.

Named on the wing, Allan could unseat Game Two custodian Valentine Holmes as Bennett looks for a way to stifle the impact of Blues wing weapon Josh Addo-Carr.

Holmes has a superb Origin record as a winger, scoring eight tries in five games, and could be deployed to his most lethal spot after Addo-Carr demolished Queensland in Sydney last week.

The Maroons have injury concerns after winger Xavier Coates was relegated to light duties at training yesterday, paving the way for Brenko Lee to debut at centre, with Dane Gagai shifting out wide.

Allan, 22, enjoyed a meteoric rise this year after replacing Latrell Mitchell at fullback in Souths’ late run to the NRL preliminary finals, where they were bundled out by Penrith.

Sporting a terrible poker face, Allan giggled when asked if he was playing fullback and said he would have no problems debuting at the back.

“The plan right now is to focus on coming up against Addo-Carr.

“I don’t think it (fullback) would trouble me too much, I’ve been playing it all year.

“I’m not too fussed about it. I’m comfortable no matter where I play.” 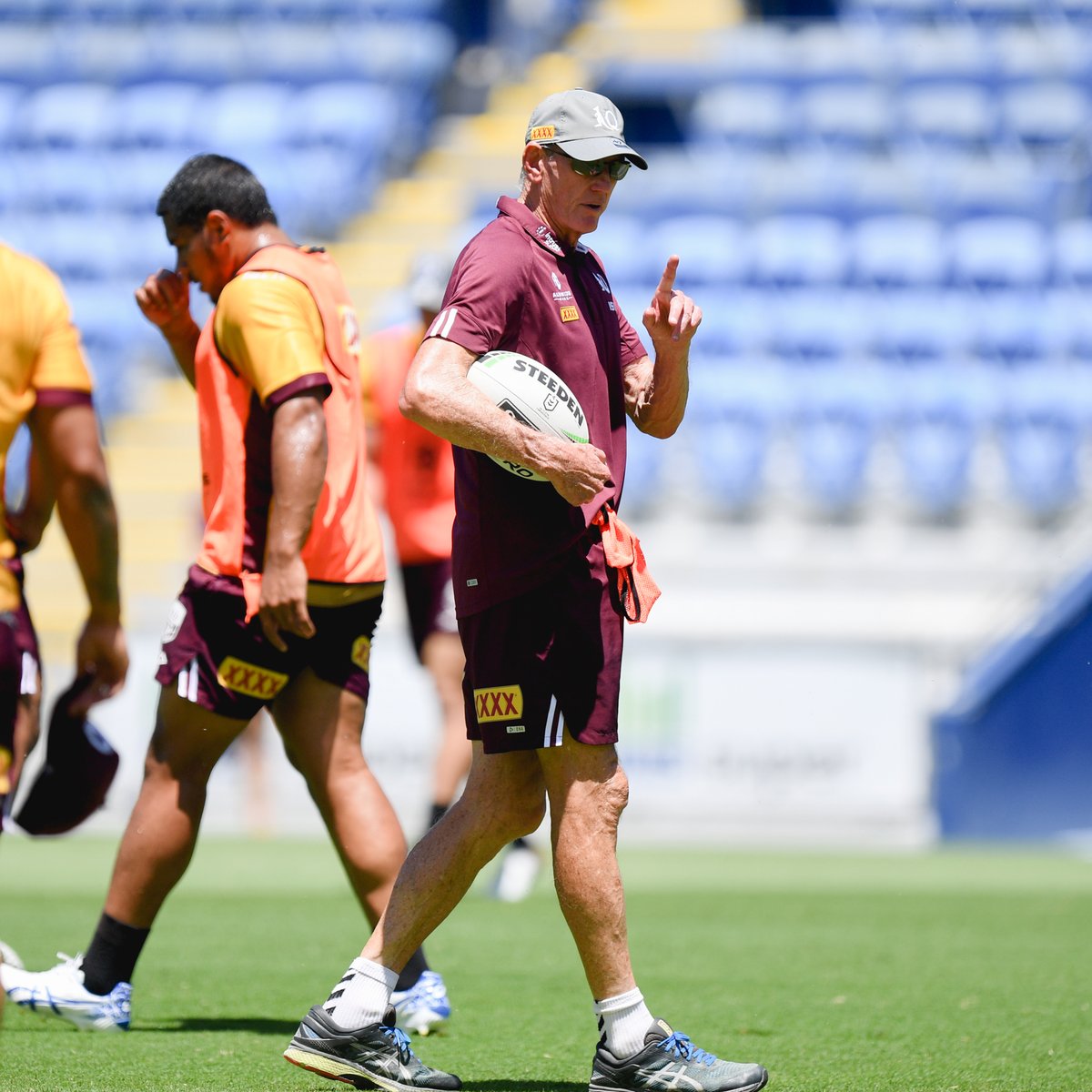 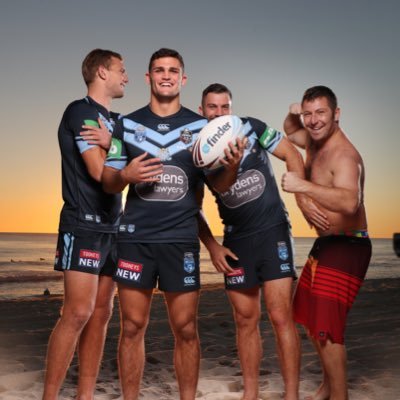 BREAKING: Ryan Papenhuyzen WON’T play on Wednesday. Been told by Freddy this morning. What a bugger ... 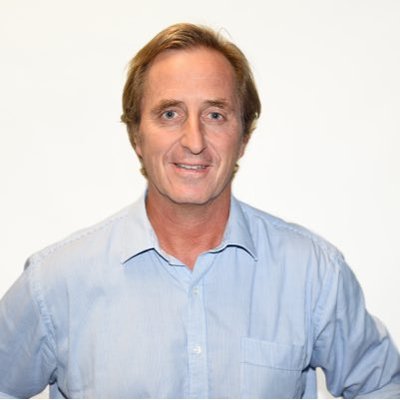 How a Blue lifted a Maroon: @QLDmaroons debutant Corey Allan says his @SSFCRABBITOHS teammate Latrell Mitchell’s advice and encouragement has lifted him into the Origin arena, via @NRLcom nrl.com/news/2020/11/1… https://t.co/FDE5K4CEPF 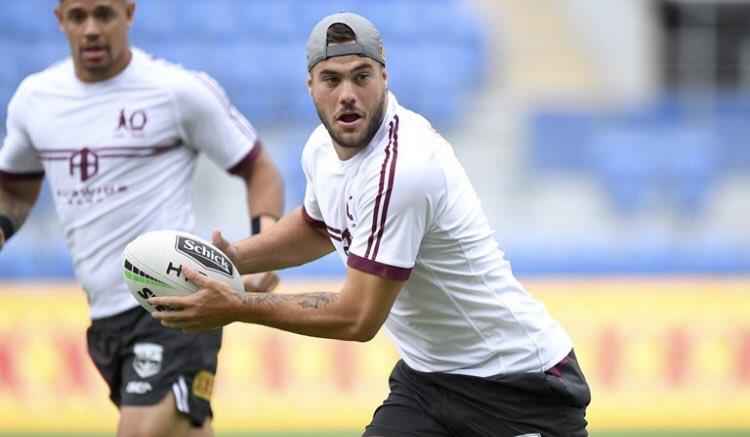 No change to Origin III Blue team. Steady as she goes. Brisbane decider will be completely different assignment to what Blue experienced in Sydney. Maroon off the pace in Sydney. Didn't have game face on. Expect QLD Corey Allan to fullback. Valentine Holmes to wing. 2 more sleeps
1 Like
Saithis 17 November 2020 00:06 #19

Remember how once upon a time we all stood firm that we were glad we didn’t have any players in origin because they wouldn’t get hurt?

Tonight, we have 5 reps who currently play for our club - it would be 6 if Murray was fit - and one incoming for 2021. Plus, our coach is there.

That’s not too shabby.

Allan fullback Holmes wing Brenko centre Capewell back row Coates 50/50 with Edrick replacing him if he’s not fit. If we don’t beat them Freddy will lose his job in my opinion